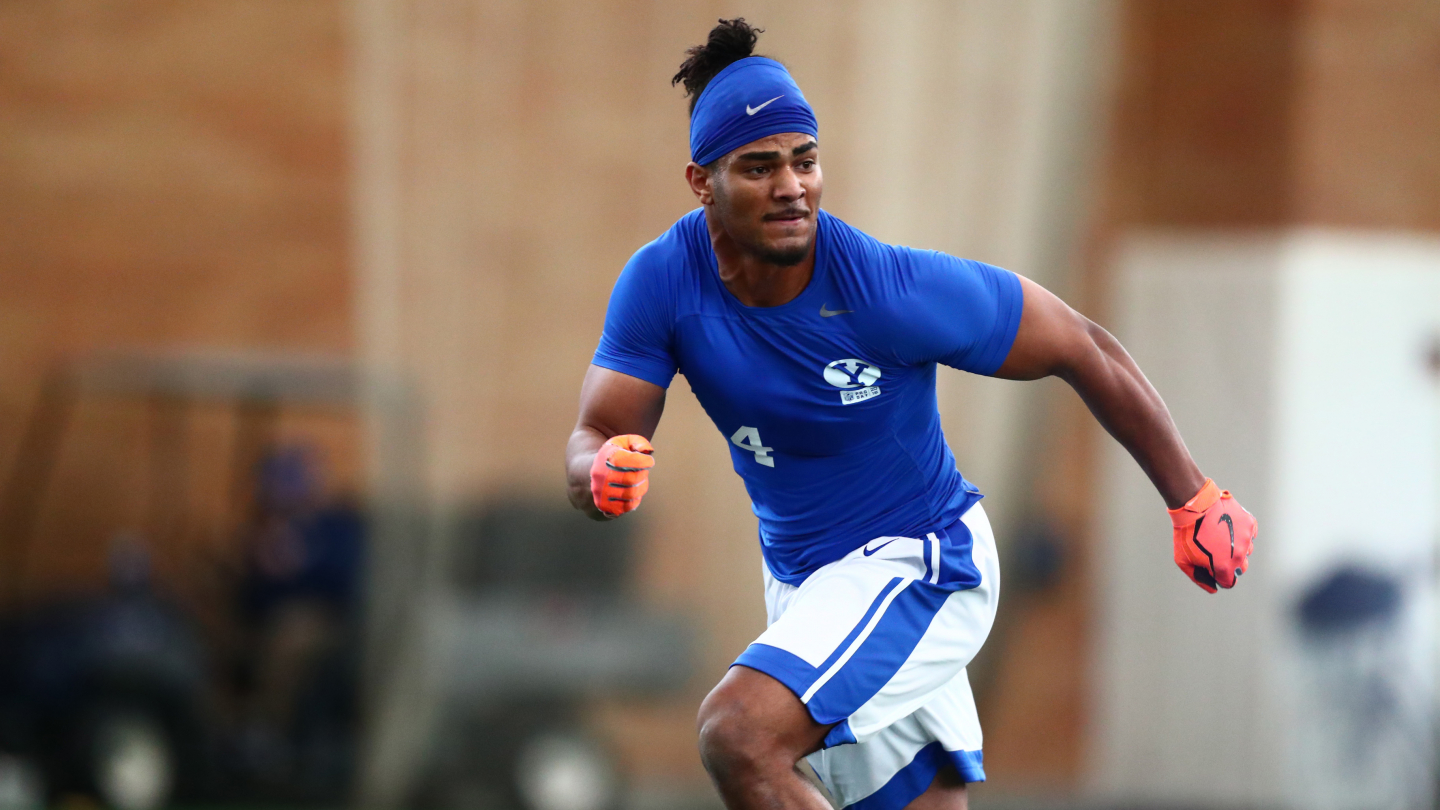 Fred Warner was the only BYU player drafted this year, going in the third round to the San Francisco 49ers. Micah Hanneman, Tomasi Laulile and Jonah Trinnaman were all signed to teams after the draft, while Tejan Koroma received an invite to a minicamp.

“Fred is an exceptional football player and person and is prepared to succeed at the next level,” coach Kalani Sitake said. “Fred has earned this opportunity, and I know he’ll take full advantage it. I’m really happy for Fred. He will represent himself and BYU very well in the NFL.”

When looking at the statistics of college football players making it to the NFL, the numbers aren’t too promising.

As low as this percentage seems, BYU has had 140 players get drafted by the NFL and 182 have NFL opportunities as free agents. BYU has also had 11 first-round picks in the draft’s history. BYU currently has 18 alumni in the NFL, though with off-season changes this number could easily fluctuate.

Prior to being drafted, Warner participated in BYU Pro Day and discussed the draft preparation process.

Warner — the most promising NFL product coming out of BYU — was also invited to participate in the NFL Combine held in Indianapolis in February, before returning to Provo for Pro Day.

“It’s a long three or four days with workouts, medical work and interviews,” Warner said about the combine. “You just try to put your best foot forward for all these teams watching you. I’m a perfectionist so I wish I could have done everything perfect, but I did well enough where I didn’t have to worry too much.”

Warner said there were a few things he wanted to work on in preparation for Pro Day, namely his position-specific skills and getting into shape.

“With his size and his athleticism, he is able to be a cover guy and also play inside the box, which is a rare combination to find,” Sitake said of Warner. “He is also a leader and extremely smart football player who knows the game.”

During Pro Day, Warner only participated in a few drills, due to his performance in the 40-yard dash and other physical tests a few weeks prior at the combine.

“I thought my performance here at Pro Day was great,” Warner said. “Just getting feedback from (scouts and coaches) — they thought I did well.”

In the interview at Pro Day, Warner also spoke on his plans surrounding the draft and beyond.

“The next step in this process is to get into (football) shape,” Warner said. “Right after the draft, (teams) schedule a minicamp where you better be in shape or you could pop a hammy. You don’t want to get behind.”

When looking at the draft process from a coach’s point of view, Sitake said he does what he can to make sure his players are as prepared as possible.

“The testing is so specific, and there are a lot of different things that they do,” Sitake said, “As a coaching staff, our strength coaches put our guys through Pro Day/NFL testing. We make sure the players are familiar with it; we do that a couple times a year.”

The staff runs these tests so the players can get a feel for where they stand and compare themselves to where they want to be.

“When they get to their senior year, it’s pretty much go-time,” Sitake said. “A lot of them change their bodies, and most of these guys take time off so all their attention can go into training instead of going to school.”

Sitake explained the difference between getting into shape for the football season and training for the NFL Combine and Pro Day, with the latter focusing more on pure athleticism and physical talent rather than playing skills.

Warner graduated from BYU in December in exercise and wellness and spent the following months training and getting his body into draft shape.

According to Sitake, the draft helps bring the players back to reality and give them closure on if they are really good enough to make it or not. At the end of the day, it’s always about the players’ wellbeing for Sitake.

“My job as a head coach is to help young men achieve their goals. For most of them it’s a chance to play in the NFL,” Sitake said.”At the same time, I have to make sure that they’re safe, and that things are going to be OK after football.”

Victories on the field and success as a BYU football team generate more opportunities for the players, according to Sitake, who also noted BYU is known for having alumni in the professional ranks.

“It’s great for our players to see alumni accomplish their goals and dreams,” Sitake said on Cougars that go pro. “For me, it’s a constant reminder to have my guys go on and do well in the NFL, or whatever their profession is if it’s not football. It’s motivating for our players to know that a BYU degree goes far and brings success.”