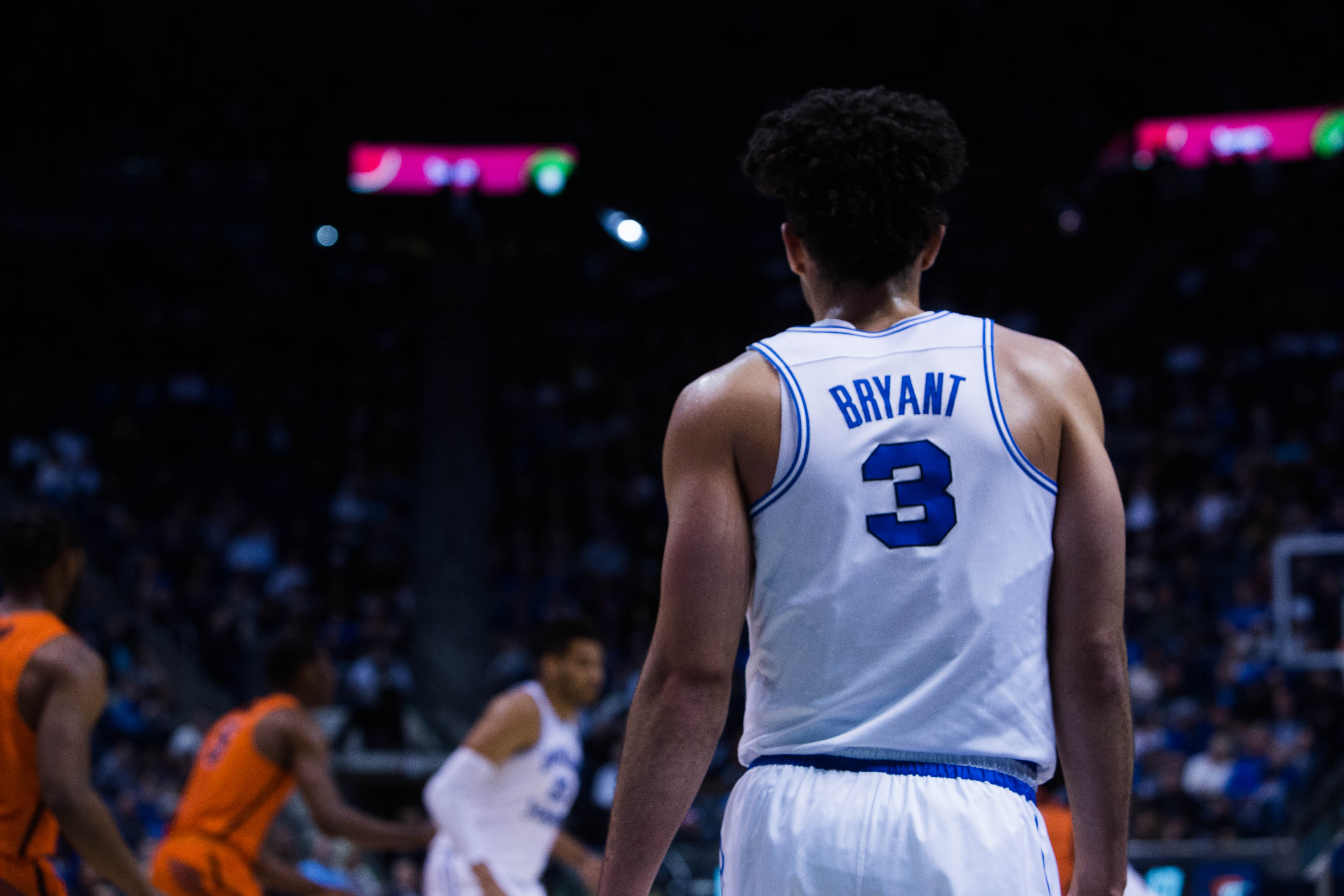 BYU basketball’s leading scorer and First Team All-WCC selection Elijah Bryant announced his graduation from BYU and intentions to go pro in a video posted to his YouTube page Wednesday.

“It was always my dream to play in the NBA,” said Bryant in the video. “And now is my opportunity to fulfill that dream.”

Bryant said he has graduated from BYU, and “looks forward to connecting more dots with people around the world.”

This comes after BYU’s second-leading scorer Yoeli Childs announced last month he decided to put his name into the NBA draft. Childs has not yet hired an agent, leaving the door open to return to BYU with two years of eligibility left.

He redshirted the 2015-2016 season after transferring from Elon University, where he played his freshman year.

BYU basketball confirmed that Bryant will hire an agent and forego his final year of eligibility.

He is not listed on any NBA mock drafts or Top 100 lists, and may have to take an alternative route to professional play as many Cougars have before him.

Bryant posted an official goodbye and thank you to BYU fans on his Instagram. 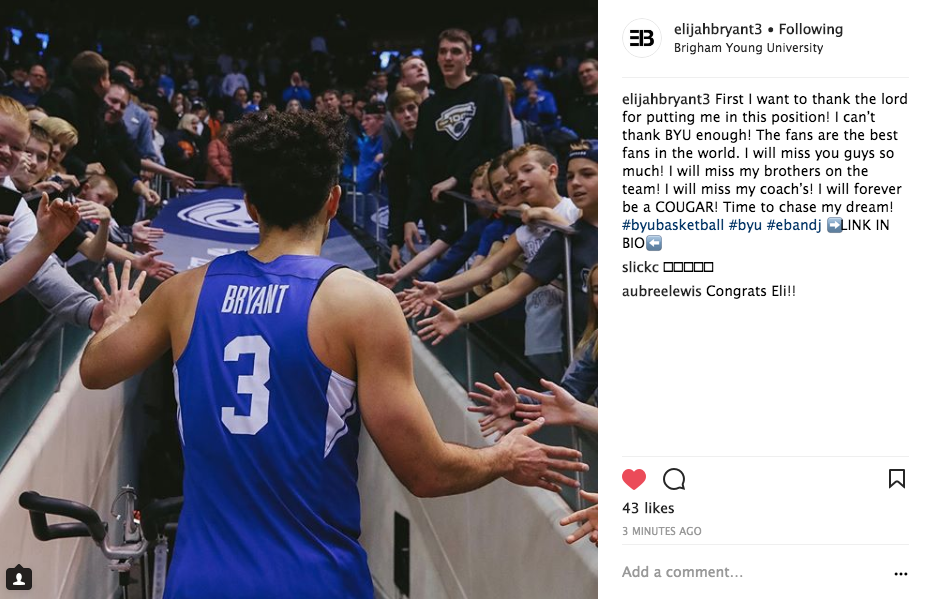