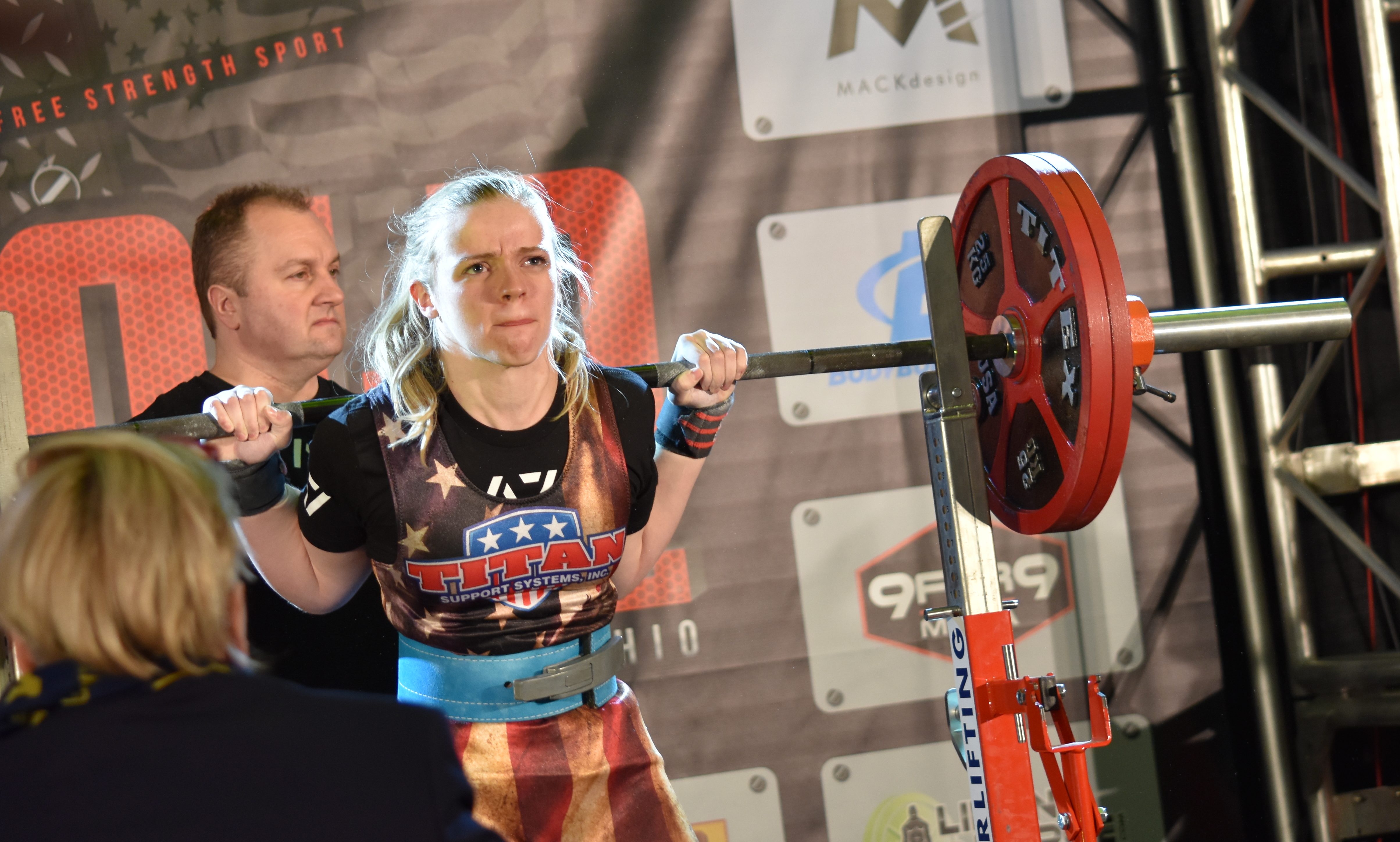 Jennica Baldridge is a 19-year-old freshman at BYU. She is also a powerlifter with three national championships, several national records and a world record in the deadlift. She will compete in the collegiate nationals Friday, April 20, in College Station, Texas, where she will be the only powerlifter representing BYU.

Powerlifting differs from the Olympic sport of weightlifting and features three lifts: squat, bench press and deadlift. Baldridge competes in the raw category — without using any equipment to assist the lift.

Baldridge began powerlifting during summer workouts for her high school volleyball team and instantly showed a special talent for the sport.

Her high school strength trainer competed in powerlifting when he was younger and invited Baldridge to compete in a meet.

Baldridge knew she wanted to continue powerlifting in college, but since there is not an official powerlifting team at BYU, she began doing her own training at the BYU weight room.

She sends videos of some of her workouts to her coach at home in Franklin, Indiana, and he continues to coach her long distance.

Baldridge said most people are shocked and don’t think she looks like a powerlifter.

“I don’t know if that’s a compliment or an insult,” she said.

Baldridge attends BYU with her two older brothers, one of whom graduates this month. She is the only member of her family to compete in powerlifting, though her brothers both played baseball in high school.

Throughout high school, Baldridge also participated in choir and show choir, joking that she would sometimes show up to her lifts with her hair and makeup all done.

“The main thing I’ve learned (from powerlifting) is that being dedicated to something actually works,” Baldridge said.

She also mentioned she has learned how to set her mind on something. She said she is learning how to be really aggressive when she needs to compete and to be a good person, turning on and off the competitive nature.