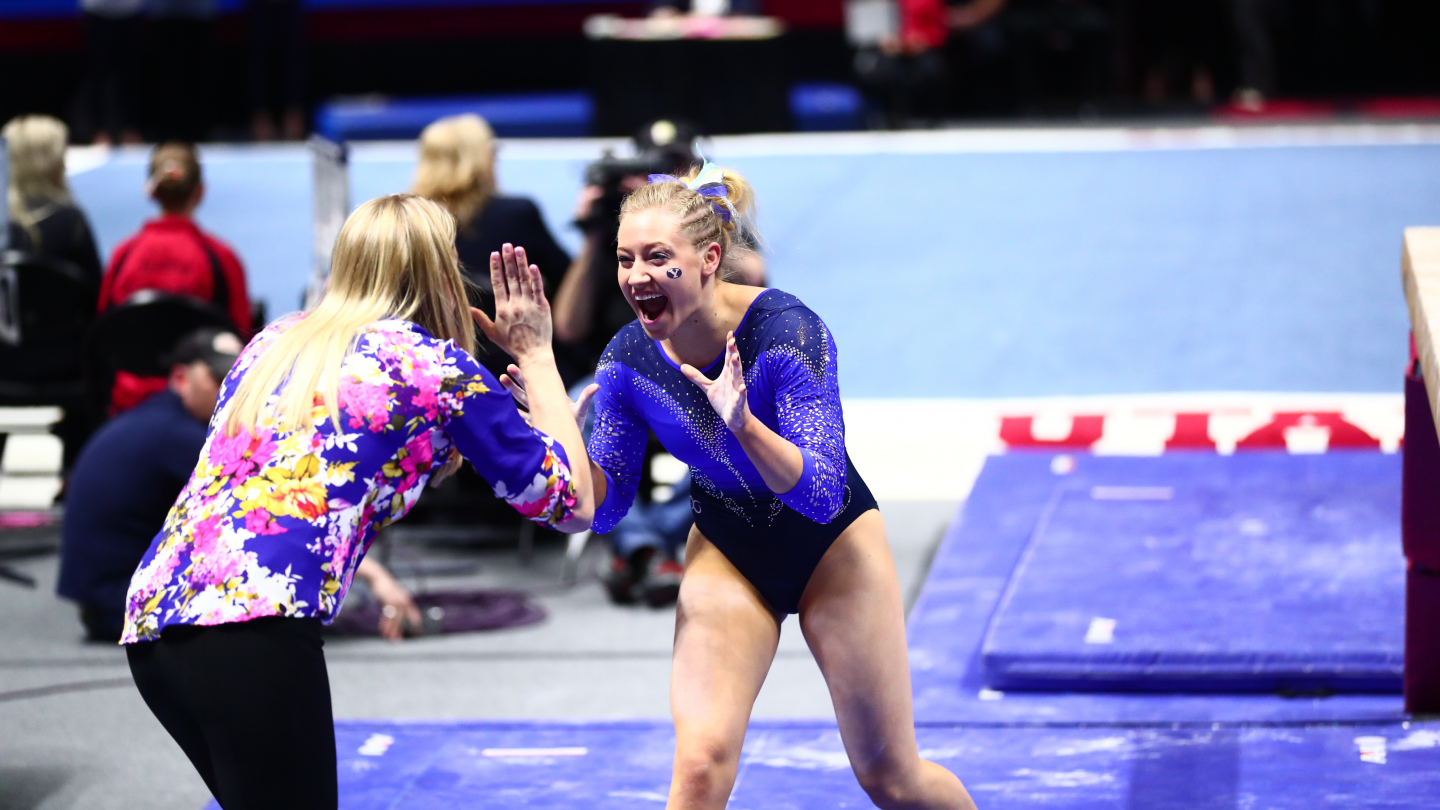 No. 21 BYU gymnastics took fourth place at NCAA regionals Saturday, April 7, at the Huntsman Center in Salt Lake City. The Cougars wrapped up their season with a 196.300 score, the highest ever in program history at regionals.

“We just came out and did BYU gymnastics,” coach Guard Young said. “To come out strong on bars and permeate all the way around all of our events was great. I’m sad our season is over but super happy with how we performed.”

BYU sophomore Shannon Evans qualified for the national championship after scoring 9.900 on the bars. Teammate Jill van Mierlo also set a career high with an overall score of 39.400, putting her in fifth place for individuals scores at the regional meet.

Cougar coach Brogan Evanson was named one of three Regional Assistant Coaches of the Year by the NACGC/W.

BYU started its rotation with a bye, followed by bars, beam, another bye, floor and finished on the vault.

The first three gymnasts on the beam for BYU — Hill, Miller and Marsh — all scored a 9.800 or above.

Freshman Abby Boden impressed with her beam routine, earning a score of 9.985.

The Cougars were strong on their floor routines, with van Mierlo setting a season and career-high of 9.900.

A couple of strong individual performances were not enough to lift the whole team, however, and the program’s best season this decade came to an end.

BYU was ranked in the top 25 the entire season and proved to be a force to be reckoned with in the future.