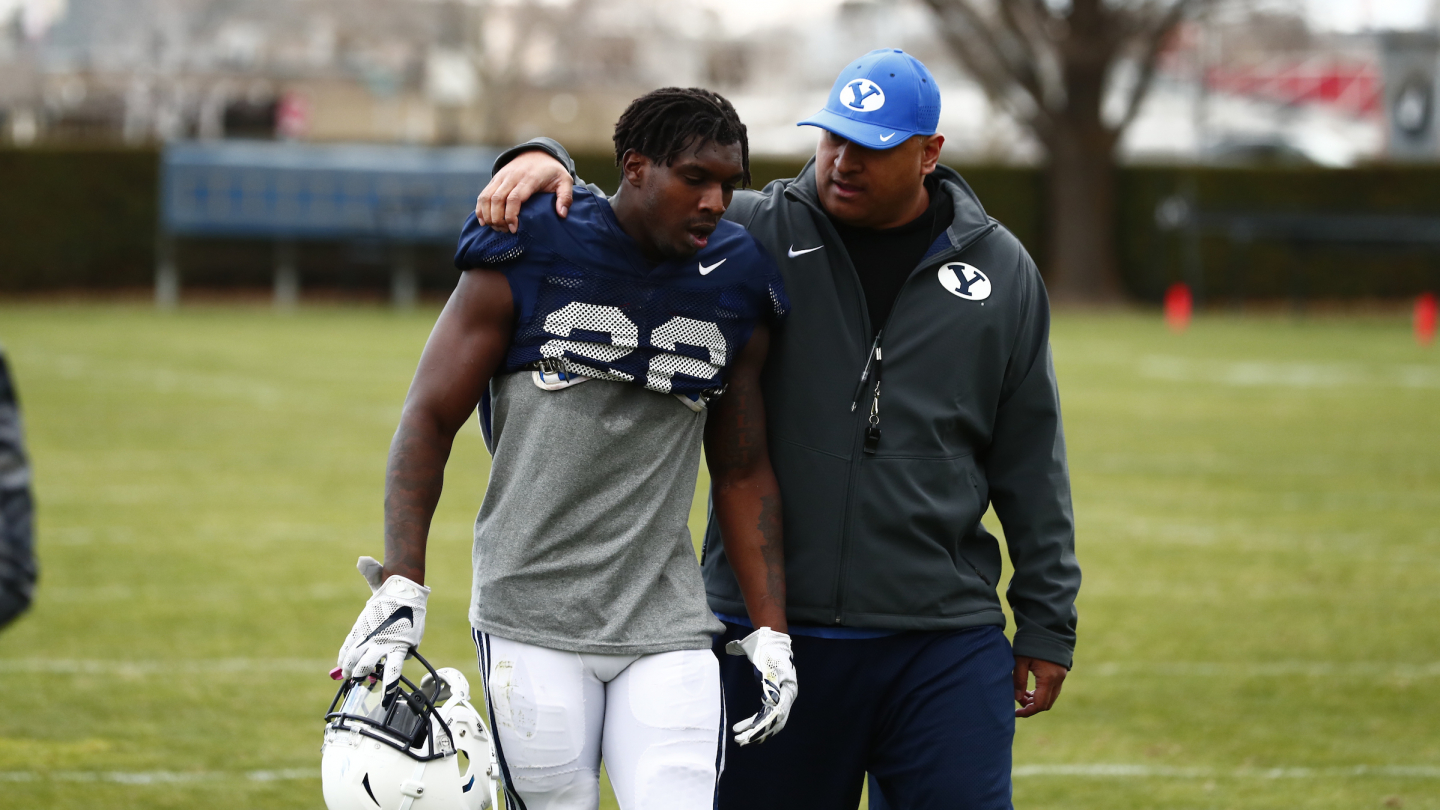 This story is also available in Portuguese.

BYU football coach Kalani Sitake was featured on Jim Rome’s CBS Sports radio show Wednesday, Apr. 4, where the former Cougar fullback explained a conversation he had as a child that changed his life and set him on the course that led him to become head coach at BYU.

When Sitake was 9 years old, a group of BYU football players came to visit his elementary school and play with the kids at recess.

“(One player) just saw that I was off on the side – I wasn’t really involved in the recess,” Sitake told Rome. “He saw that I was hurting and came over and had a minute conversation, that really didn’t matter to him, but it changed my life.”

Sitake said that the player told him, “Everything will be fine, and God loves (you).”

Sitake’s parents got divorced when he was six, causing him to “struggle a lot” during those three years leading up to the conversation.

“I heard, ‘everything will be fine’ probably a million times,” Sitake said. “But that was the first time I actually believed it. It gave me a purpose, and it gave me direction.”

Sitake went so far as to say that he probably would not be coaching at BYU right now if that conversation never happened.

“In order for me to be a football coach, and to do it the right way, I think we have to use this platform to make the world better and change peoples’ lives,” Sitake explained. “Because I’m living proof that it can work, and it can happen.”

Sitake mentioned that he obviously has to win football games as a coach, but that he refuses to be defined or restricted by that job title.

“There are other things that make me tick and that I live for, and that’s making the world better and trying to help people,” Sitake said. “I’m proof that if someone just loves people, that life can get better.”

Sitake advocated for communication and service in communities looking to improve and solve social issues.

“In a time where there’s not a lot of eye-to-eye contact and human interaction, I think it’s important for us to get out there and help each other,” he added. “I know there are others out there that are hurting, that we could really make a difference, and that’s what I’m really trying to focus on as a coach.”

He reiterated the idea that his success is largely due to the hard work and sacrifice of others, and that now it is his turn to return the favor.

“A smile, a kind gesture, a conversation, a hug, could change someone’s life,” Sitake concluded. “And I’m living proof of that.”