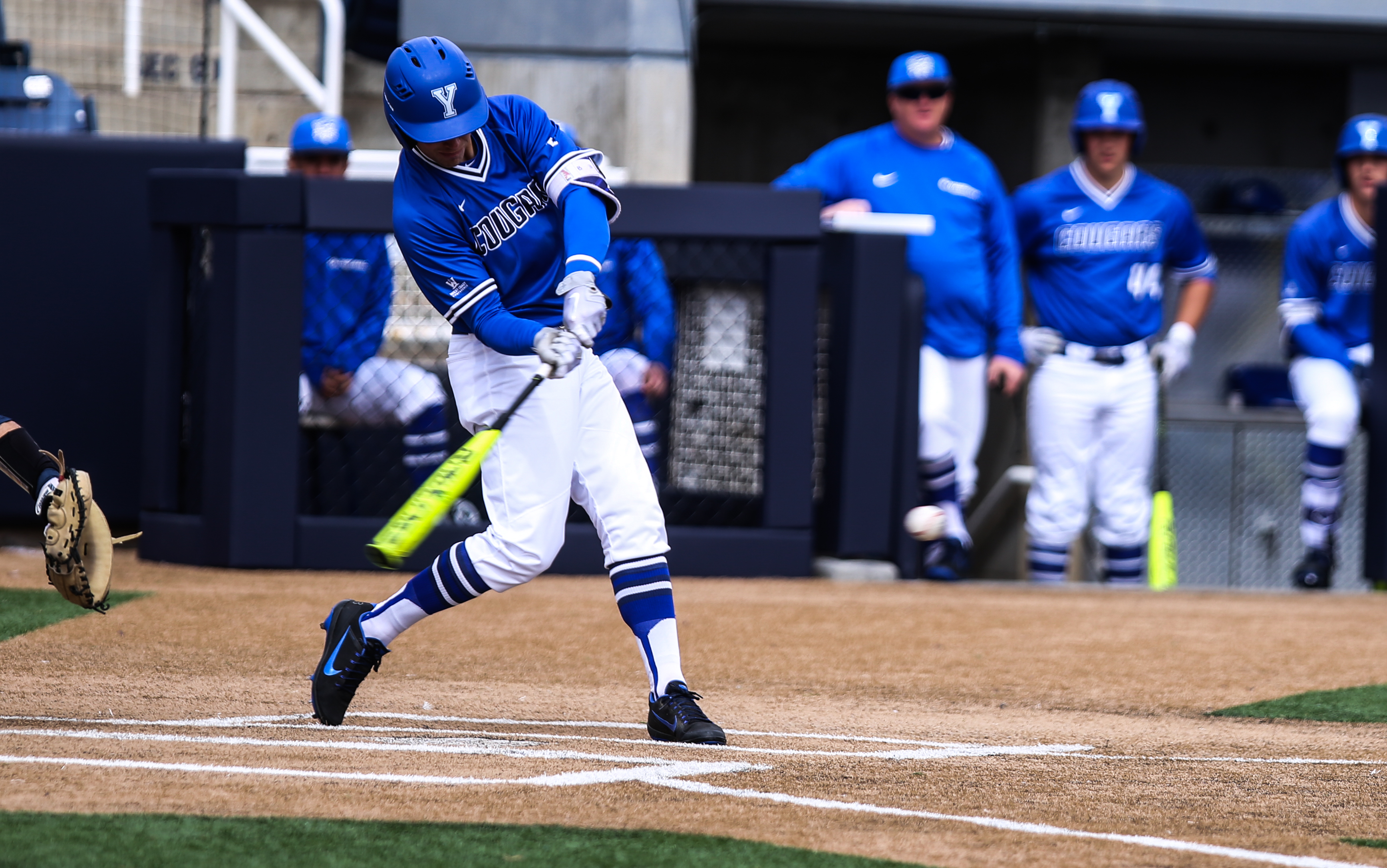 BYU baseball came back to Miller Park in Provo to continue their conference play against the Santa Clara Broncos. The game was tied until the ninth inning, when the Cougars scored the winning run to take it 2-1.

BYU started slow in conference play, going 3-6 before tonight’s game, and started slow again as well. BYU went without a hit or run for the first six innings of the game against the Broncos.

The slow start continued well into the game for both teams. The first four innings were scoreless with only one hit from the Broncos.

“Honestly I don’t think that it was a matter of us just not being able to hit, (Santa Clara pitcher Steven Wilson) was making it pretty much impossible for us to hit,” coach Mike Littlewood said.  “What I liked about it was that we didn’t hang our heads, we just kind of tipped our hats as well like, ‘he got me this time, but I’m going to get him next time.’ We had that attitude and finally put together some really good at-bats.”

Santa Clara was the first to get on the board with a run scored in the top of the fifth inning off of a wild pitch from the Cougars. BYU answered one inning later when shortstop Daniel Schneemann scored off of a single from right fielder Brock Hale.

The seventh and eighth innings were scoreless for both teams, but a double play by shortstop Daniel Schneemann brought some excitement to BYU’s defense in the top of the eighth inning.

BYU baseball will continue the series against Santa Clara tomorrow April 6th. The first game of the doubleheader will start at 2 pm MST followed by the second game at 6 p.m. MDT. The game will be broadcast on TheW.tv, BYU Radio – Sirius XM 143, and ESPN 960 AM.