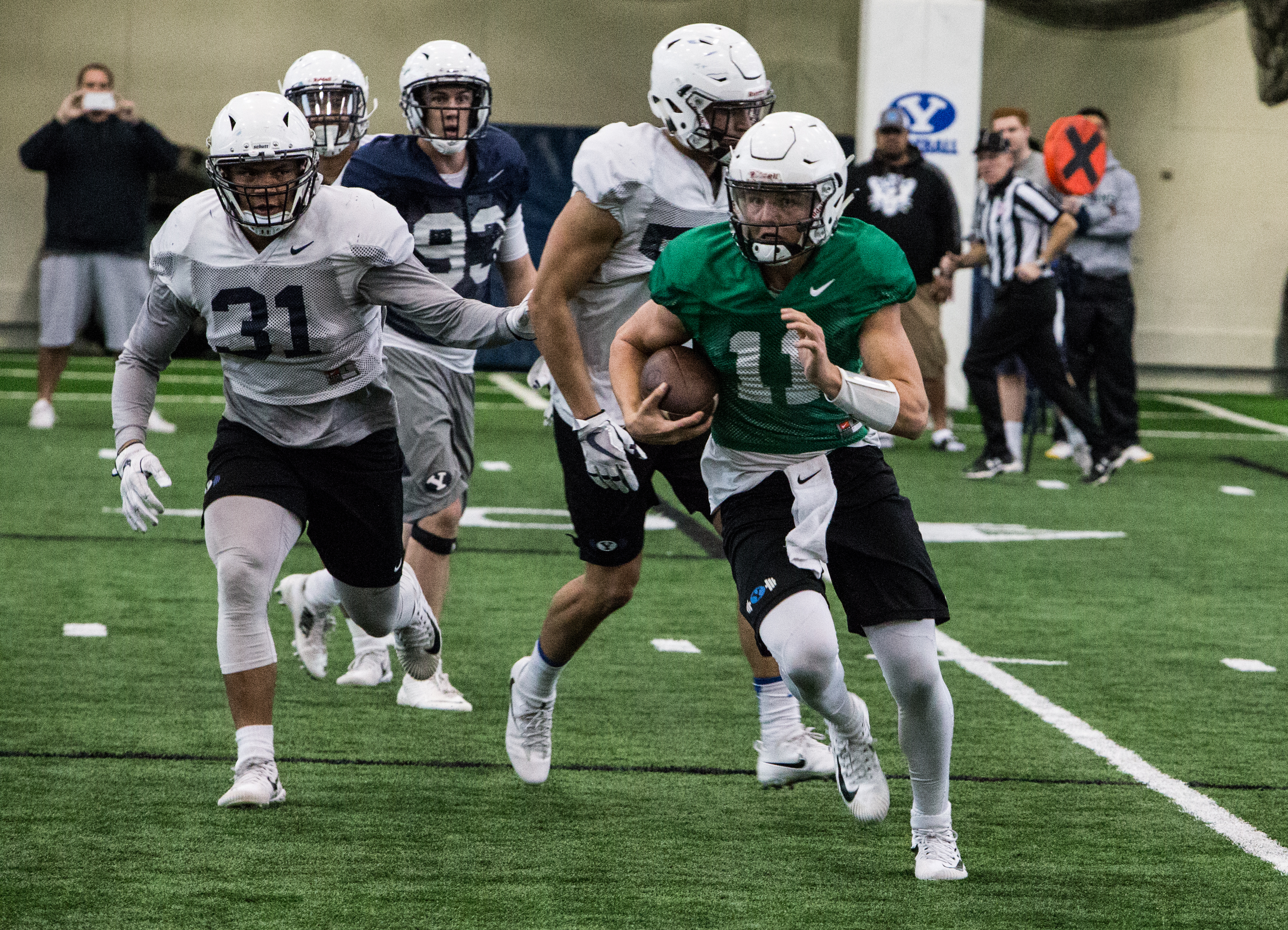 Since 2008, BYU football has not allowed any true freshmen to be interviewed by media before playing in a game, but that changed last week. Quarterback Zach Wilson, who just graduated from Draper’s Corner Canyon High School in December, spoke to the media during what has been a breakout spring football performance for him in a crowded quarterback field.

“What I’m worrying about right now is just myself,” Wilson said on the seven-man quarterback battle. “When coach tells me to go in, I’m just going to take full advantage of every opportunity I have to get our team down the field to score, and then go from there.”

The 6-foot-3 signal caller took the majority of the reps during the live scrimmage on March 28 and has been one of the top-three most featured quarterbacks during spring ball, along with Beau Hoge and Joe Critchlow.

“There’s been no seniority; they’ve all taken me in,” Wilson said of his peers. “That’s been the number-one thing of how I’ve adjusted so comfortably, is that the older guys are so cool with everybody.”

With a new offensive coordinator in Jeff Grimes, and a new playbook, Wilson has no disadvantages to the other quarterbacks when learning and implementing new plays.

“There’s no bias toward anybody, (with) brand new coaches, a brand new playbook. We’re all learning at the same time,” Wilson said. “You can’t have a better opportunity to come in and prove yourself.”

Wilson passed for 2,986 yards and 24 touchdowns as a senior at Corner Canyon and also ran for 752 yards and eight touchdowns. His play earned him the 5A Most Valuable Player award and a first-team all-state selection.

The Utah Mr. Football runner-up was recruited by Boise State, Cal and Oregon State before eventually deciding to come to Provo.

“People are forgetting he is supposed to be in high school right now,” coach Kalani Sitake said. “I’ve been really impressed with his knowledge of the game. He understands the system and is able to compete.”

No matter where Wilson falls in the eventual depth chart, he has already made an impression on coaches and media, not to mention the BYU faithful who can’t wait to see the Utah native suit up in blue.

“Every day improve, that’s it,” Wilson said of his goals for spring ball. “I go in the film room and then fix the mistakes the next day.”

Wilson and the rest of the BYU squad will be on full display at Lavell Edwards Stadium during the team’s Spring Scrimmage Saturday, April 7, at 11 a.m.