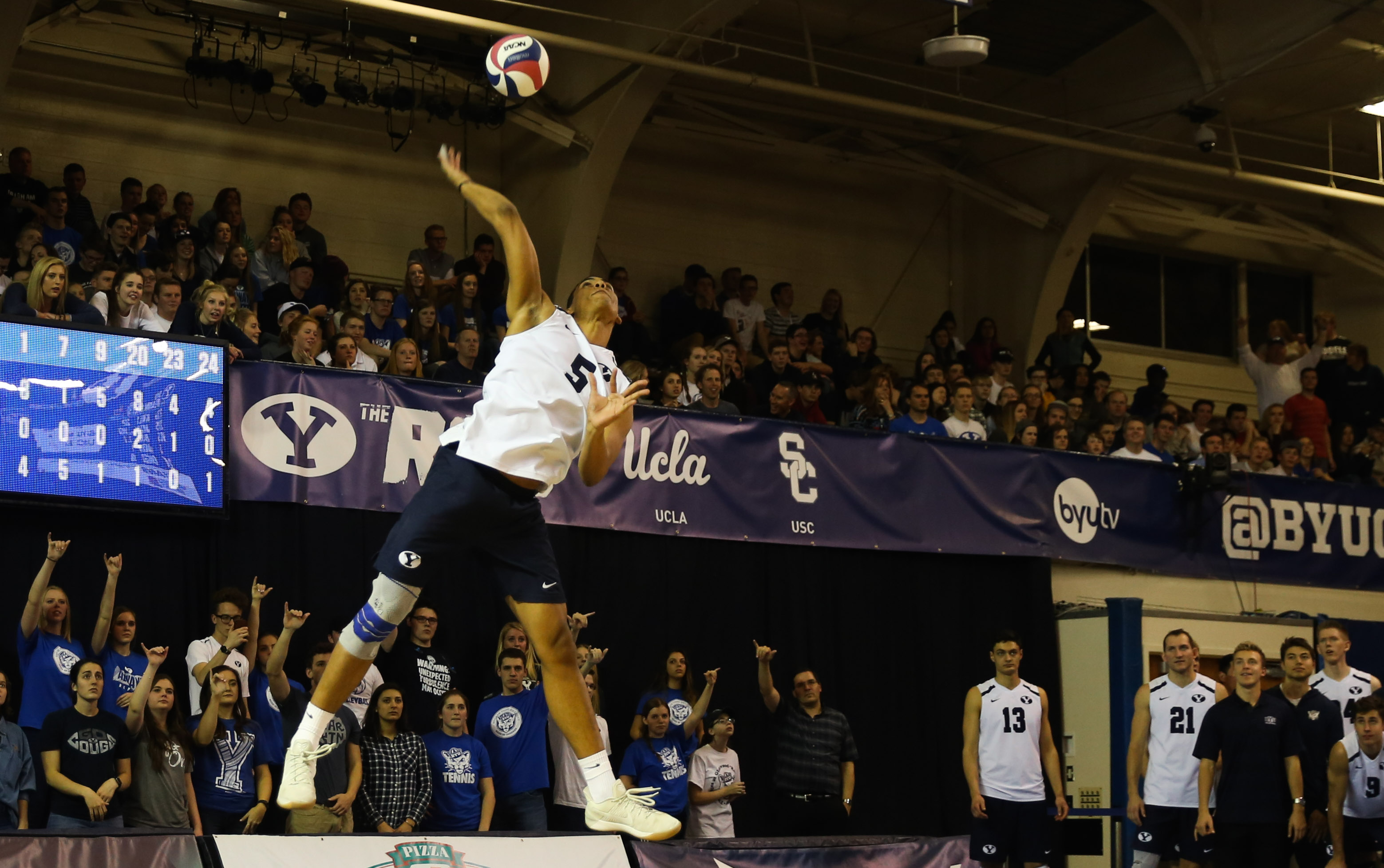 No. 2 BYU men’s volleyball returns home this week to continue conference play and try to extend its 13-game winning streak.

The Cougars have an 18-4 overall record and are 8-0 in conference play.

Two games are scheduled for this upcoming week to continue conference play at the Smith Fieldhouse. BYU is looking to round out its conference record to a flawless 10-0.

Winning both games this week would boost the Cougars to 15-0 since Feb. 3, matching last year’s best streak, and the team’s longest since it went on a 21-0 tear en route to the 2004 National Championship.

Grand Canyon also hosted the Cougars early in the season and was taken in three sets, currently sitting at a 3-6 conference play.

BYU is highly favored to win, having already swept both teams on their home courts.

Ranked teams caused trouble for the Cougars early in the season, as all four of their losses came at the hand of top 15 teams.

The Cougars overcame their early-season struggles, and have beaten eight ranked opponents during their nearly two-month win streak.

The Cougars have only 4 more games left this season before the NCAA tournament, and the highly-ranked team is looking strong heading into postseason play.

These will be the last scheduled home games of the regular season for BYU.