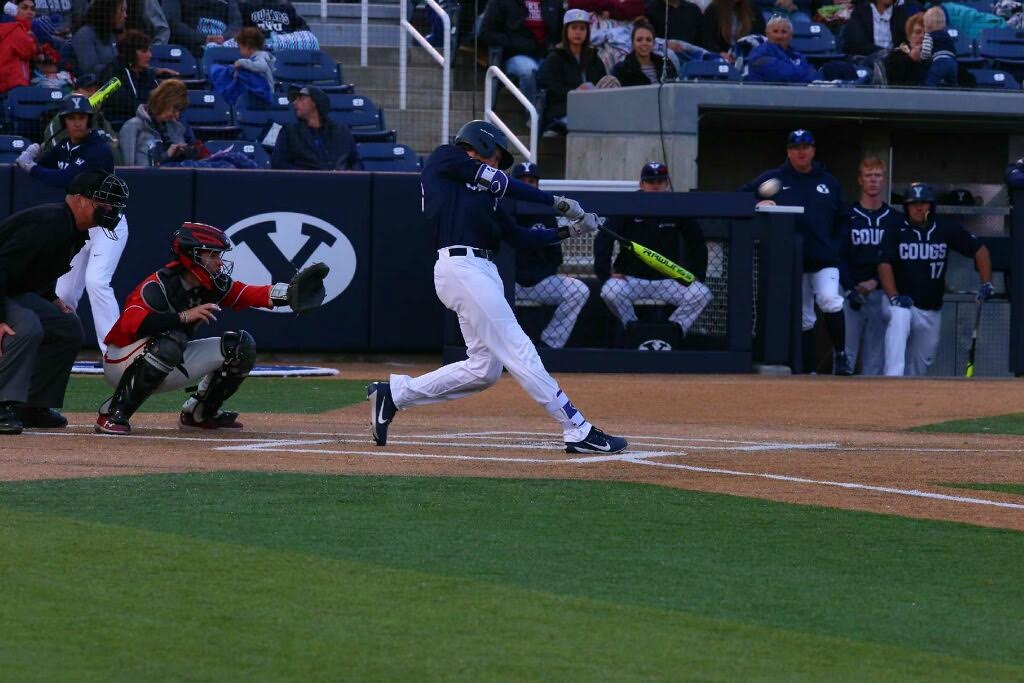 The Cougars got out to an early lead after scoring four runs in the bottom of the second inning. Utah answered in the top of the third with two runs.

The Utes did not score again until the ninth inning when they drove in four runs to tie the game up 6-6. The Cougars couldn’t score in the bottom of the ninth to close out the game, sending it to extra innings.

The Utes put runners in scoring position in the top of the tenth inning from an error in left field by the Cougars. Jake Suddreth came back after the error to strike out the next batter and end the half of the inning.

With one out and runners on first and third for the Cougars, the University of Utah’s pitcher Trenton Stolz threw a wild pitch to score Cam Richins, a pinch runner for Keaton Kringlen, to end the game 7-6 in favor of BYU.

For the Cougars, Brock Hale led offensively going 3-for-5 with two doubles, and Keaton Kringlen going 2-for-3 with two RBI’s.

BYU’s Jake Suddreth was given the win on the mound making him 2-1 in wins and losses on the season, while Utah’s pitcher Trenton Stolz took home the loss.

BYU baseball’s next game is Thursday, Mar. 22  against Gonzaga at Miller Park in Provo at 6 p.m. The game will be broadcast on ESPNU and BYU Radio – Sirius XM 143