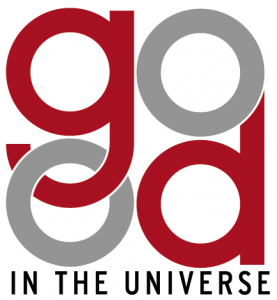 “Developing the actual big idea that would carry the campaign through and be the thread that connected everything we do was extremely difficult,” Powley said. “It took us probably two months before we found out this is for sure what we’re going to do.”

In the month of the campaign implementation, 1,315 children were diagnosed with cancer. The “Every Kid Counts” campaign team contacted and photographed 1,215 BYU students to represent each child diagnosed.

Powley said the idea to represent each child individually deeply impacted the group. Powley and her team spent nearly 50 hours holding booths in the Wilkinson Student Center where they found approximately half of their participants.

“Having the one-on-one interfacing with students was extremely meaningful,” Powley said. “(It was) more than just creating a perfectly crafted tweet or caption for a photo on Instagram.”

The face-to-face conversations allowed the campaign team to personally interact with individuals and help get across the difficult issue of childhood cancer. Powley said the approach of representing each affected child individually was more powerful than large, overarching statistics.

“It was really fulfilling for us to see the lights come on in other people when they understood what we were doing and they connected this stuff, like ‘oh, I’m literally representing a child,’ and people would be visibly touched by that,” Powley said.

Thomas said personal interactions with her fellow students demonstrated the message they created was resonating with people and she hopes that will have a long-term impact.

“It was really cool to understand how cancer affects people at BYU,” Thomas said. “Everyone who runs the Rex Lee Run knows someone or has battled cancer.”

This partnership connected the team with the Simmons Center for Cancer Research, who  sponsors 12 cancer research fellowships for students every year. This led the team to learn about some of the technology coming out of BYU.

“It was really cool to see that progress is being made here, even in small ways on our campus,” Thomas said.

She said a lot of developments and treatments worked on at BYU are being picked up. For example, a biotech company in Utah Valley is picking up technology out of BYU and developing it into treatments and clinical trials.

“There’s a lot of hope in the cancer world right now because of advancements like the things that are happening at BYU,” Thomas said. “We were thrilled to support any cause that would support that kind of progress in finding treatments for cancer generally, and especially the ones that have implications for kids.”

Both team members said the campaign has affected them personally.

“Cancer is not a light or easy or fun experience. It’s harrowing , there’s a lot of uncertainty, there’s a lot of pain involved besides the actual cancer,” Powley said. “When we would meet students who had lived through that, they seemed to have more of a perspective on life. I’m just in awe of people who’ve been through that because it’s helped me to be like yeah, I can do hard things.”

Thomas said she was amazed by people’s willingness to jump in and help.

“To see the goodness of people, that was phenomenal,” Thomas said.

The “Every Kid Counts” campaign team is competing in the Bateman Competition through PRSSA. They started working on this campaign last semester when they conducted research, surveys and focus groups. The team had one month — from Feb. 15 to March 15 — to implement their campaign.

They will have two weeks after completing the campaign to compile a report and submit it for the competition. If selected as a finalist, they will present their campaign in New York City. More than 75 teams enter the competition every year.