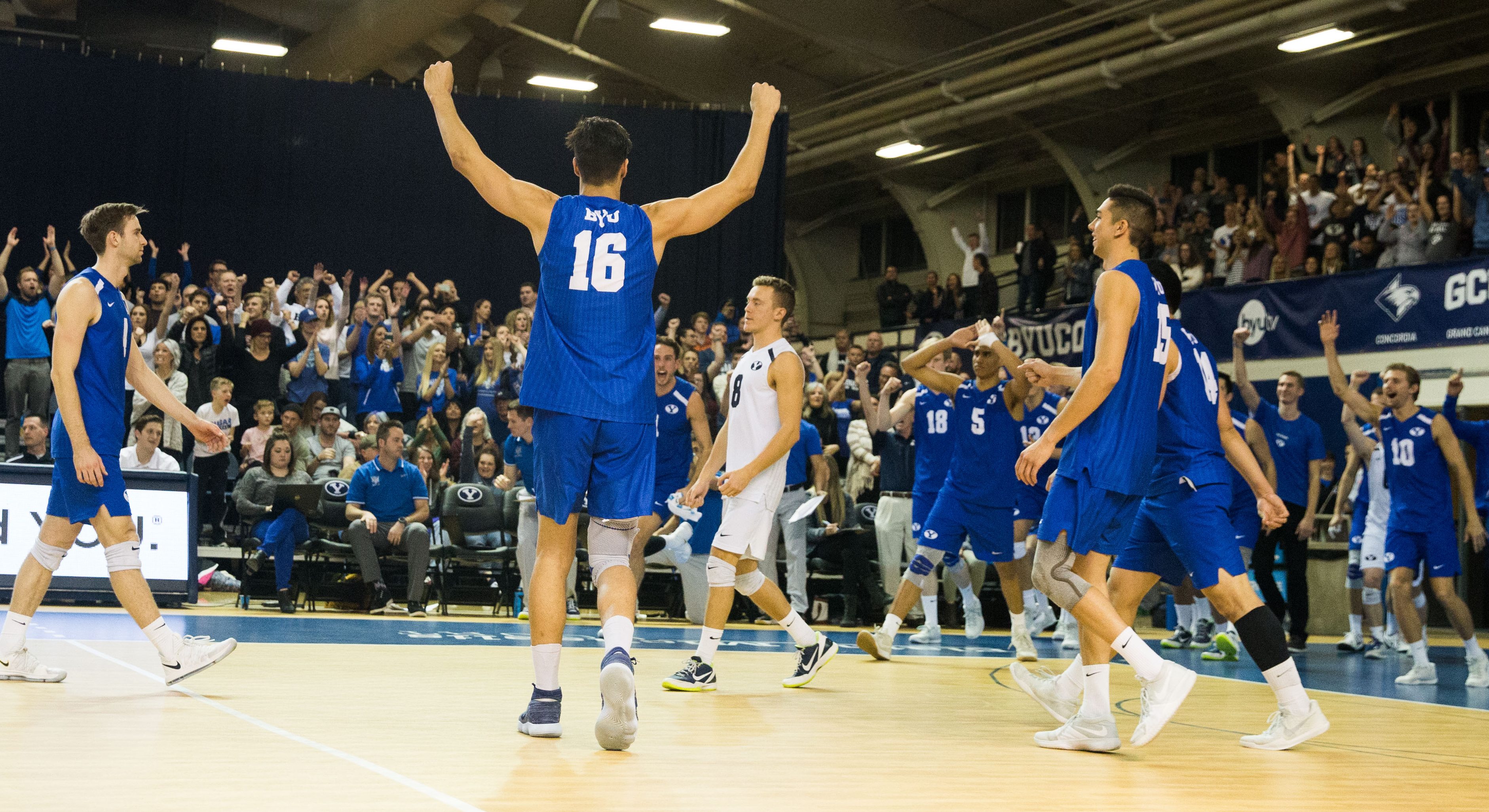 This puts the Cougars’ overall record at 18-4 and conference record at 8-0.
Gabi Garcia Fernandez led the Cougars with 14 kills, seven digs, and five aces.

“Gabi had an incredible serving game tonight,” said coach Shawn Olmstead. “Five aces is big time – that was huge for us. I like that he’s getting more and more confident there.”

The Trojans started powerfully by leading almost the entire first set. USC had a 5-0 run that put them up 14-10 ahead of BYU. The Cougars were able to catch up and tie the set at 22, but it wasn’t enough to stop USC from taking the first set 25-23

The refueled Cougars took the court in the second set and gained control, leading 13-7. A 4-1 BYU rally propelled them forward to a 23-14 lead. BYU finished the set 25-16 on a USC service error.

The Trojans responded in the third set and the two teams traded blows to tie things up at four. A 5-0 run helped BYU take a firm lead, 13-9. The Cougars remained in the lead and a Fernandez kill ended the set, 25-23.

The fourth set started with an early Cougar lead of 4-1. BYU maintained this lead until USC
caught up to tie the set at nine. Fa’agata-Tufuga helped the team with back-to-back kills to give the Cougars a 5-0 rally, and take a firm lead, 19-15. Three USC errors gave BYU the set and the match, winning 25-21.

The Cougars host Concordia Irvine in the Smith Fieldhouse on Thursday, Mar. 29, at 7:00 p.m.