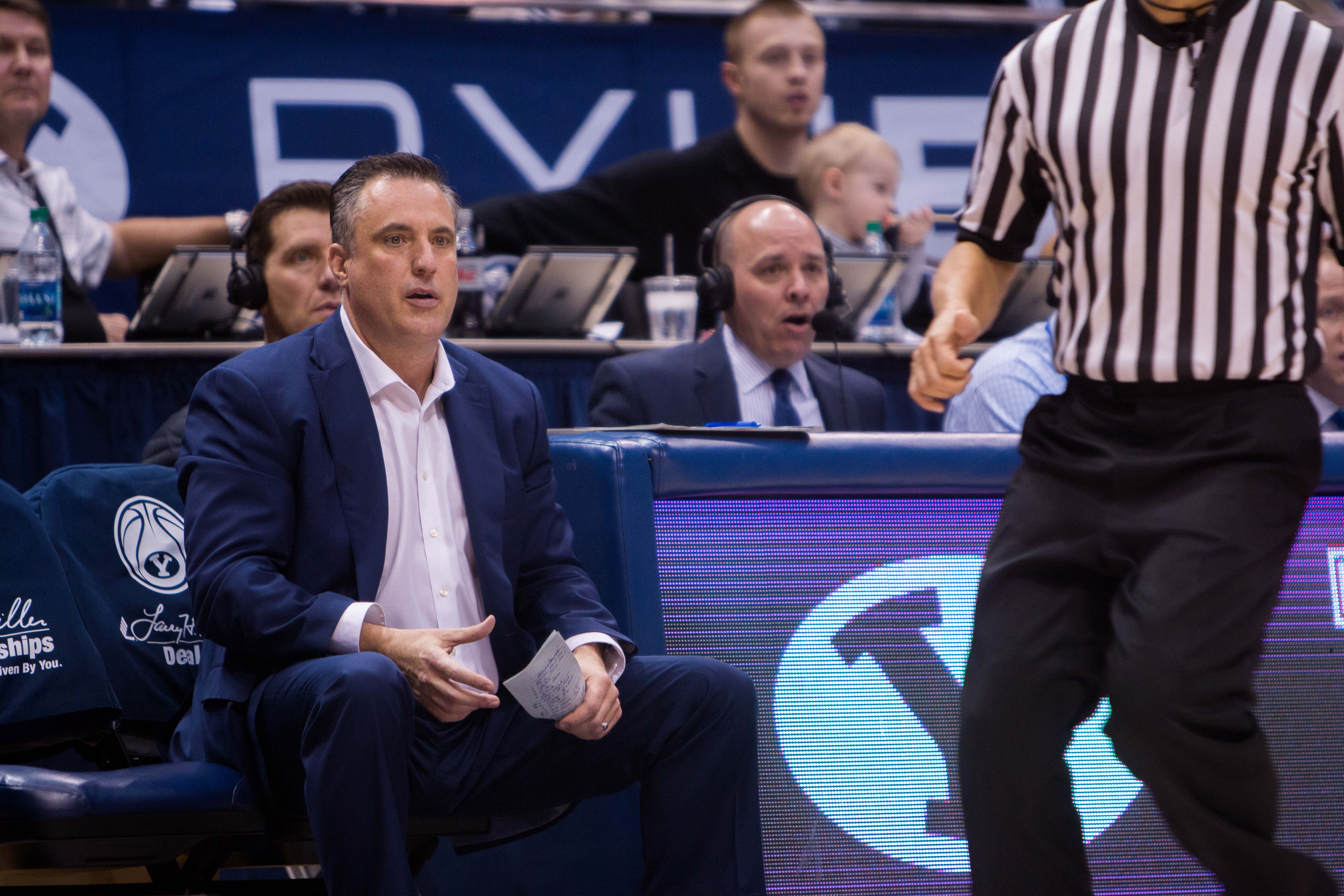 Just one day after BYU’s first-round loss in the NIT to Stanford, it was announced that assistant Heath Schroyer has been hired as the head coach at McNeese State, leaving a vacancy in the BYU coaching staff.

ESPN and FanRag sports both reported the hiring earlier in the morning, following some rumors Schroyer was a finalist for the position.

Schroyer leaves BYU after just one season, helping the team to a 24-11 record and NIT appearance.

His defensive mindset gave BYU a new identity this season, and his outspoken coaching syle could be heard throughout the Marriott Center during close games.

He has worked as head coach at three other Division I programs — Portland State, Wyoming and Tennessee-Martin.

No announcement has been made by BYU yet on his departure or a new assistant hiring.

‘Rise to a New Day’ with BYUSA Honor Week