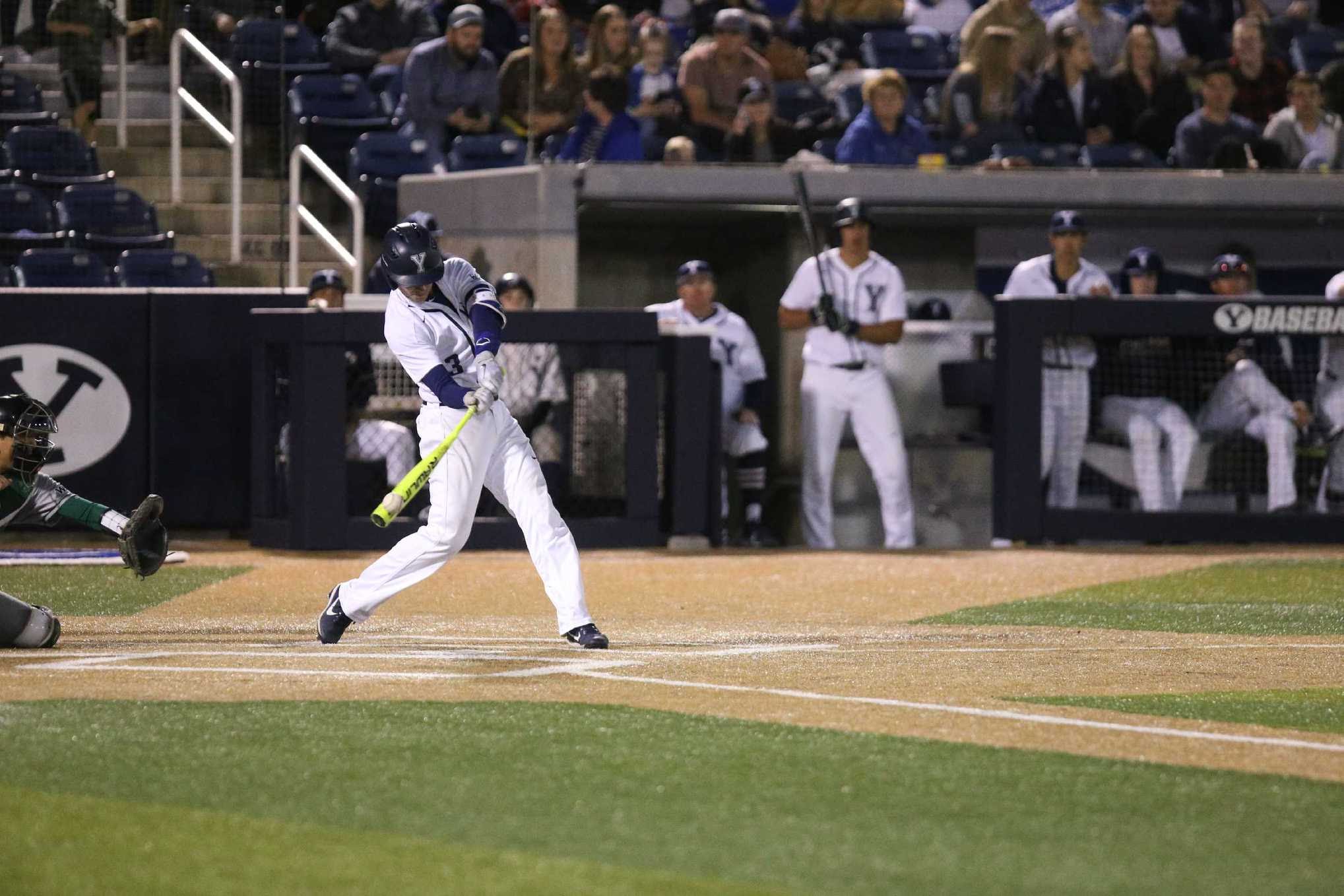 BYU baseball scored four runs in the sixth inning to carry them to a 9-3 victory over Utah Valley in the Crosstown Clash Tuesday night at Miller Park.

Seven pitchers threw for the Cougars and six players scored as part a complete team effort. BYU has now won four games in a row heading into conference play this weekend.

“We’ve played a better schedule this year overall,” said coach Mike Littlewood. “The fifth inning on was the way we play baseball – we take control.”

Neither team scored through four innings, but things opened up with two runs a piece in the fifth inning.

The Wolverines went up 3-2 to start the sixth inning, but BYU squandered any momentum UVU may have gained with its four-run explosion.

“Our offense did a nice job battling back,” Littlewood said. “And (our closing pitchers) were lights out tonight.”

Catcher David Clawson led the charge in the latter part of the game, scoring in three-consecutive innings to put the Cougars up by six heading into the final period.

Each of the seven BYU pitchers got a strikeout, with Jake Suddreth sealing the deal for the Cougars in the ninth inning.