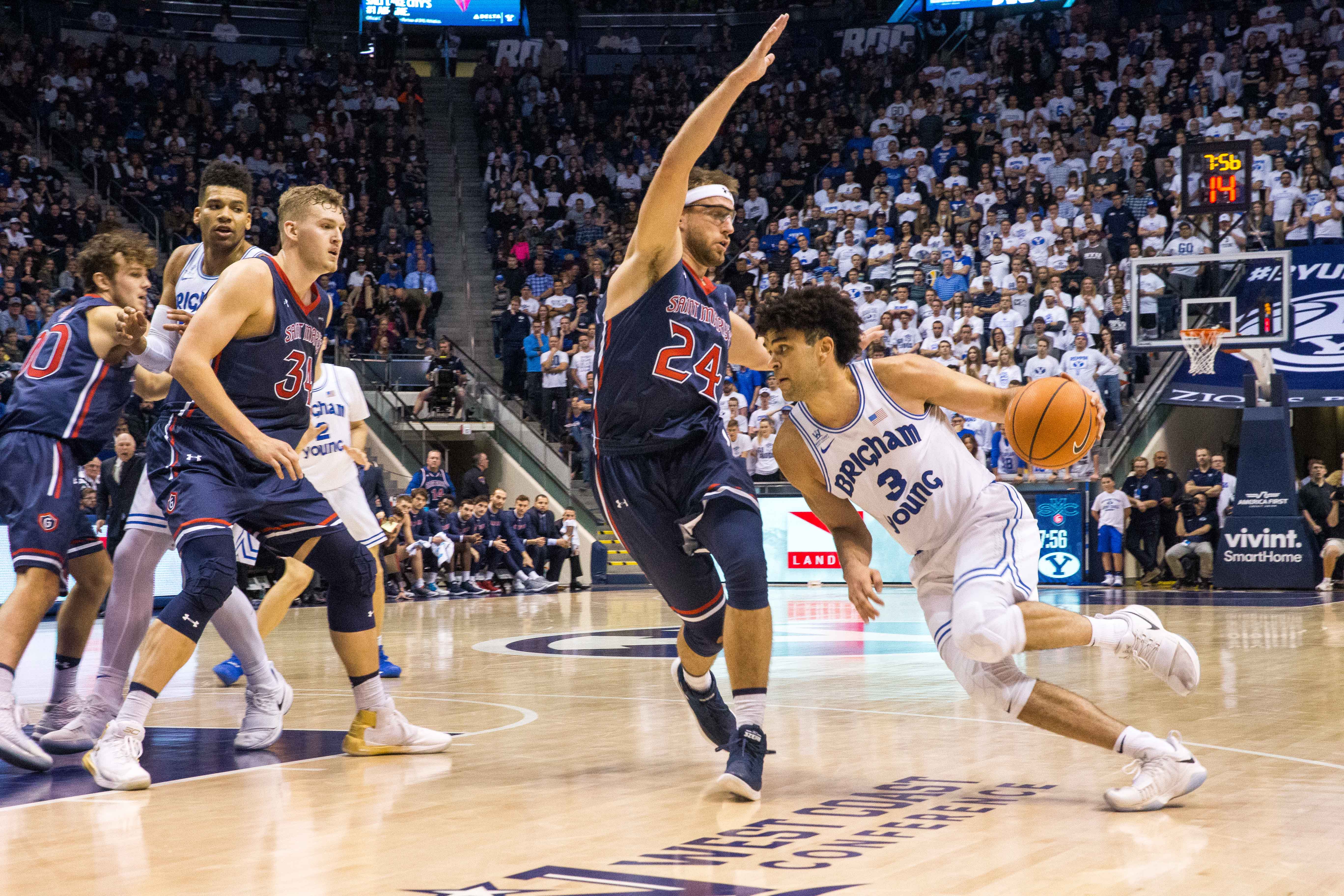 BYU men’s basketball is headed to the West Coast Conference championship after defeating No. 20 Saint Mary’s 85-72 in the semifinals Tuesday night.

Yoeli Childs had a career-high 33 points to lead the Cougars, including a dagger in the final minute to seal the victory for BYU.

Elijah Bryant also came up big for BYU, scoring 25 points, including a perfect 8-for-8 from the free-throw line.

BYU led for the majority of the game, including a four-point lead at halftime.

BYU shared the ball extremely well on the night, totaling 20 assists, allowing them to get an incredible 46 points in the paint.

Saint Mary’s star and WCC Player of the Year Jock Landale had three fouls in the first half, and fouled out in the final minute of the game.

The Cougars will take on Gonzaga in the championship game Tuesday, Mar. 6 at 7 p.m. MST.