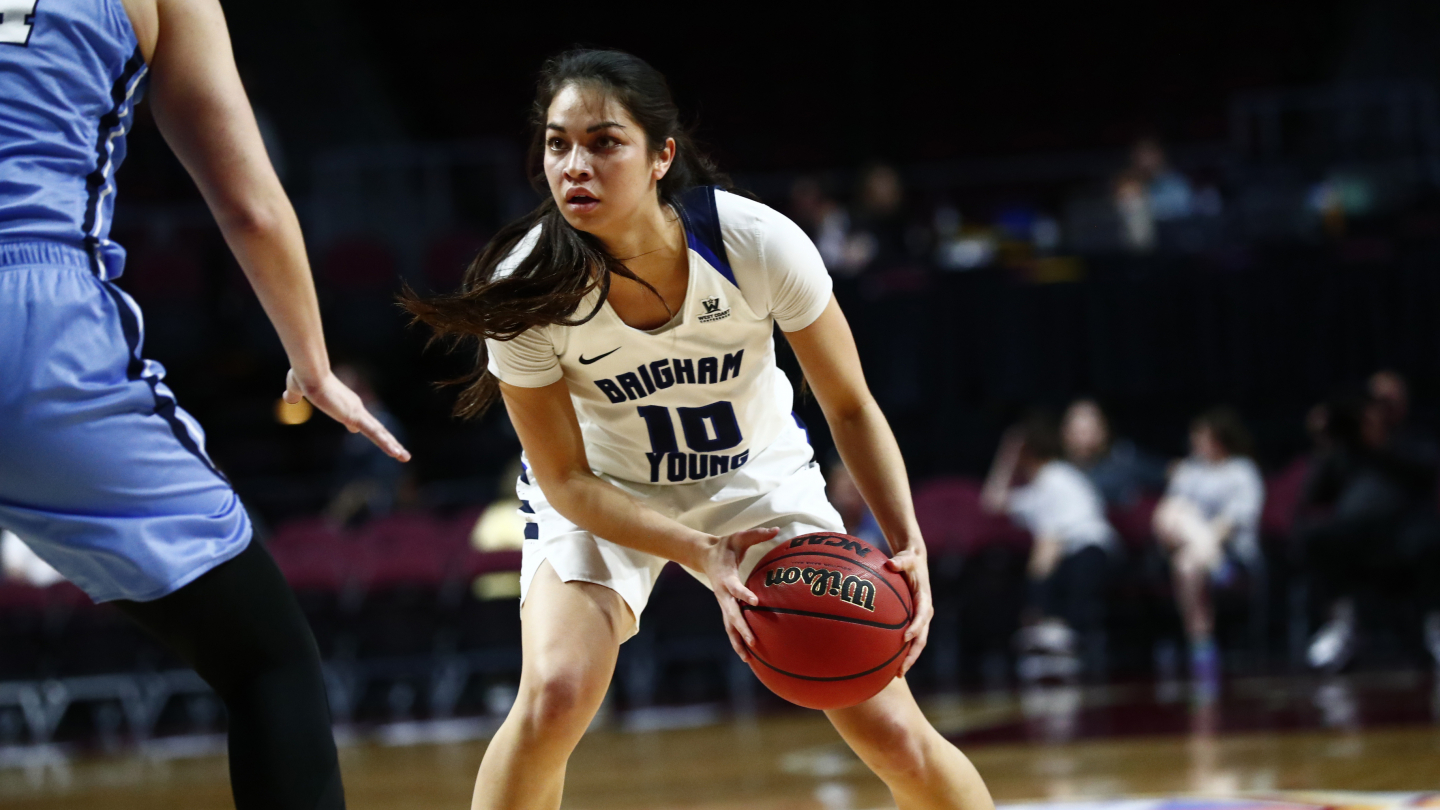 The Cougars lost 61-56 to San Diego in the first round of the West Coast Conference Tournament at the Orleans Arena in Las Vegas on Thursday night.

BYU had three players score in double digits: Malia Nawahine & Brenna Chase both with 16 points and Cassie Devashrayee with 12.

“Tonight sums up how our season has been,” said coach Jeff Judkins. “We played hard tonight, but it just wasn’t enough. This team is special. We didn’t win a championship, but this team competed and wanted to win every game. I appreciate the seniors. I wanted this game for them.”

Shalae Salmon had a huge block for the Cougars in the first quarter to put BYU up 9-8 over San Diego.

After the first quarter, the game was tied at 13.

In the second quarter, Sara Hamson made a clutch two point shot for BYU to get the lead up to three, 18-15.

Toward the end of the second quarter, San Diego called a timeout after Nawahine hit a shot to give BYU an even bigger lead, 23-18

At the half, however, the Cougars were trailing 26-25.

Chase hit a 3-pointer right out of the locker room to give BYU back some of its momentum.

At the end of the third quarter, BYU trailed by eight.

Early in the fourth quarter, BYU kicked up its intensity, going on a 6-0 run.

Nawahine hit a major 3-point shot to make it a two-point game, with BYU still down 48-50.

The game became very physical as Devashrayee drew two offensive fouls in the span of about a minute.

Commentators called Devashrayee a warrior tonight, taking hard foul after hard foul and getting back up each time to put the team on her back.

The Cougars left 10 points at the free-throw line and were out-rebounded 37-19, making it difficult to come away with the win.

The Toreros also led the Cougars in second-chance points 22-1.

BYU ended its season with an 11-7 record in the West Coast Conference and a 16-14 record overall.