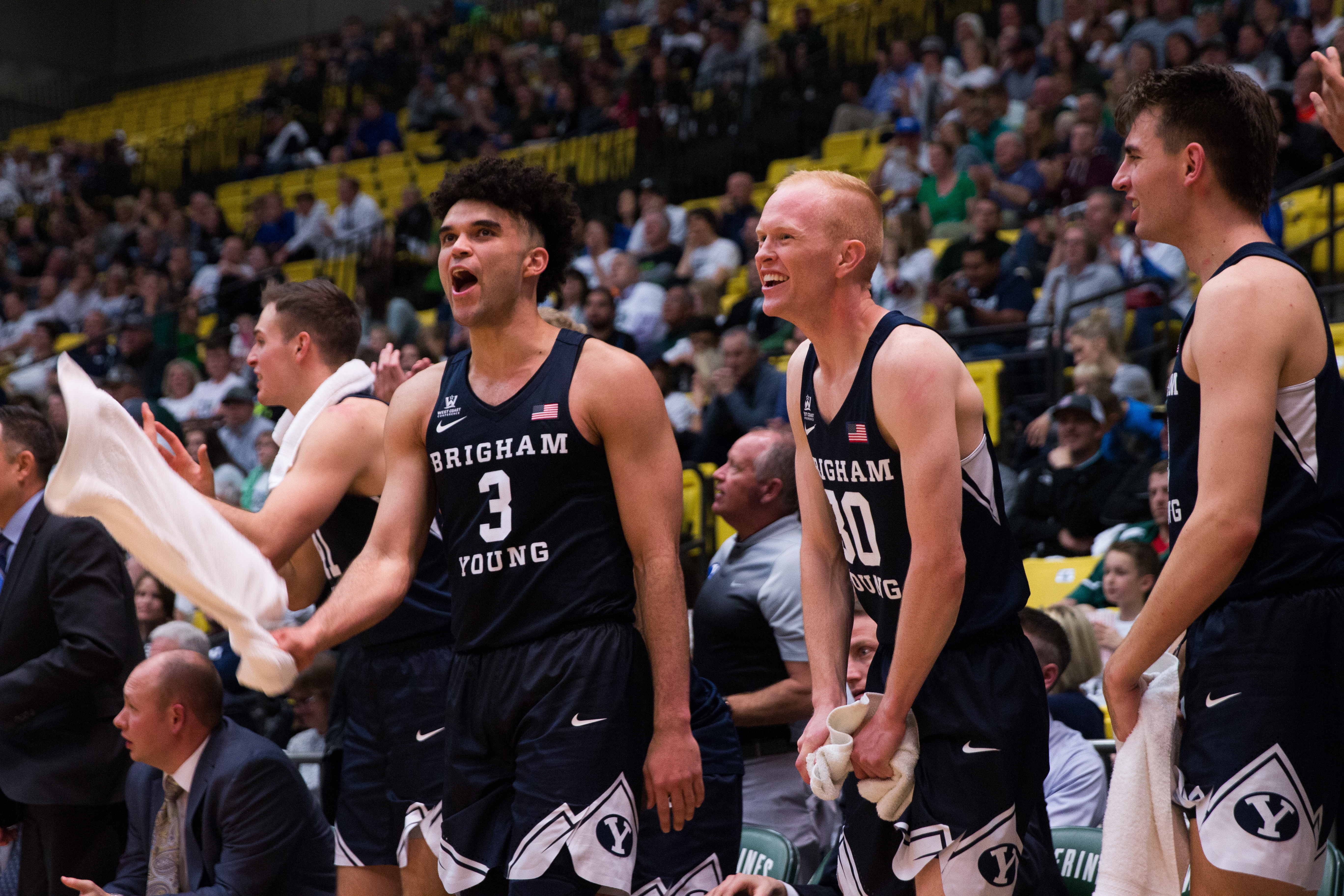 The All-WCC teams and award winners are voted on by the league’s 10 head coaches and are based on league games only.

BYU has placed two players on the All-WCC First Team each year since joining the league for the 2011-12 season.

In league play, Bryant averaged 18.4 points, 7.0 rebounds, 2.5 assists and 1.3 steals. The junior guard was first on the team in scoring, second in rebounding and steals and third in assists. He was second in the conference in scoring and free-throw percentage, tied for second in 3-point field goals made and tied for fifth in rebounding.

During the 18-game league slate, Bryant scored in double figures in all but one game, eclipsed 20 points seven times and had three double-doubles.

Childs, who earned All-WCC Freshman Team recognition last season, turned in averages of 17.9 points, 8.8 rebounds, 2.8 assists and 1.6 blocks. He was first on the team in rebounds and blocks and second in points and assists while also shooting a team-best 56.3 percent from the field. In the WCC, the sophomore forward was second in rebounds, third in scoring, and blocked shots and sixth in field goal percentage.

Childs scored in double figures in all but one game, had seven 20-point games and posted nine double-doubles, good for second in the WCC.

Haws, an All-WCC and Freshman Team selection last season, averaged 11.9 points, 2.8 rebounds and a team-best 4.3 assists during the WCC schedule. He also led the Cougars with 1.5 steals per contest. In league play, Haws was second in steals, fifth in assist/turnover ratio and ninth in assists.

No. 16 BYU anxious to achieve its “best ball” against Notre Dame