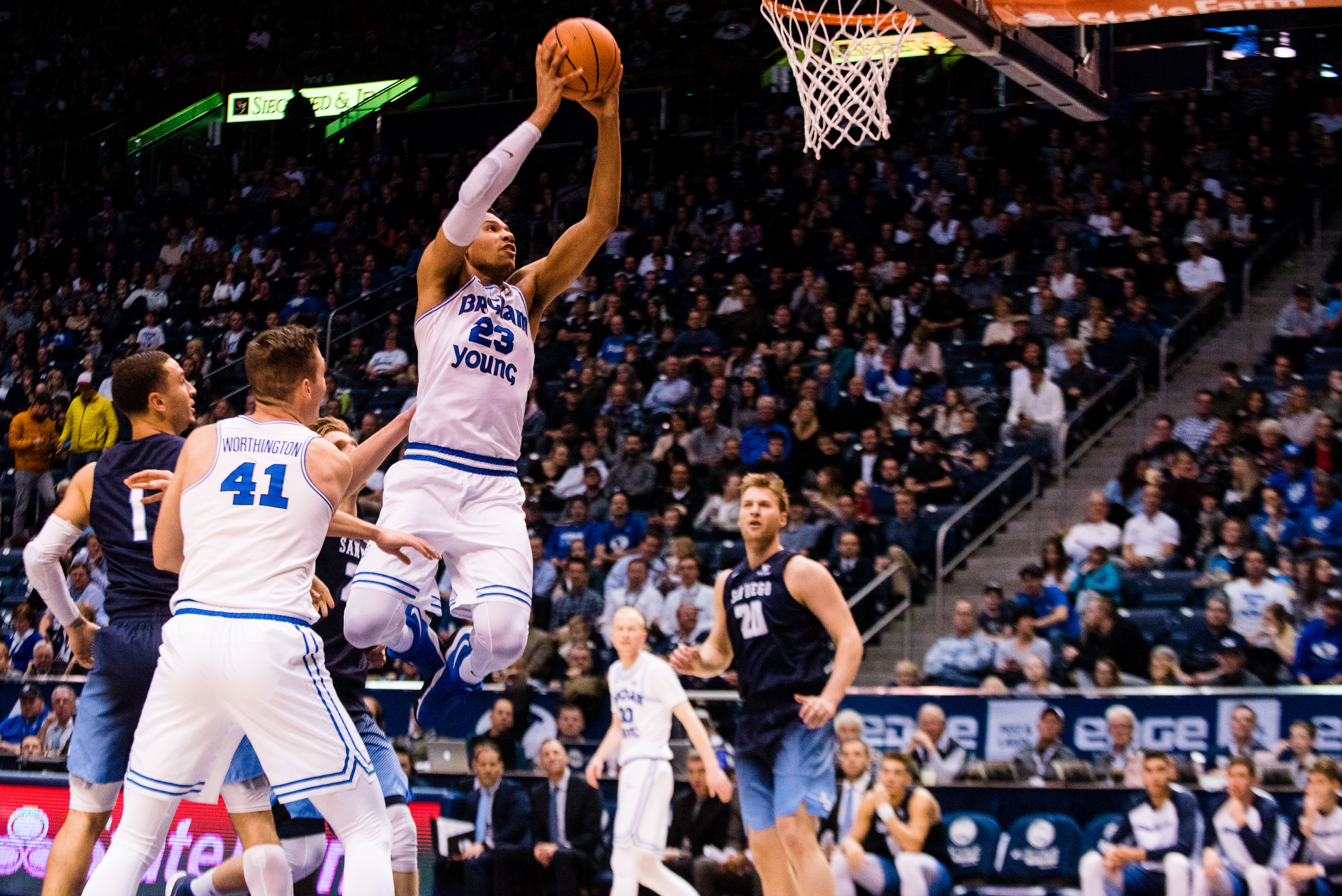 BYU men’s basketball came away with a win in its final road game of the regular season, beating Portland 72-60 at the Chiles Center.

“It was a good win,” said coach Dave Rose. “I thought our guys were really dialed in on the two things we really emphasize: to be your best competitive self and be connected to each other. I thought it really showed on the defensive end.”

The Cougars had four player score in double-digits. Yoeli Childs had his 14th double-double with 15 points and 13 rebounds. Elijah Bryant also scored 15, with Dalton Nixon bringing in 14 and TJ Haws 10.

BYU got an early lead, with Childs, Bryant and Haws hitting three consecutive 3-pointers. The Pilots went on a 6-0 run to bring the score even at 11 five minutes into the game.

BYU answered with an 8-0 of its own to get ahead 19-11 with ten minutes left in the first half.

The Cougars were able to get ahead by 12 with just five minutes to go in the first half behind a three-point-play by Bryant and a three-pointer by Nixon. They held onto their double-digit lead through the rest of the half to take a 42-28 lead into the locker room.

Nixon opened up the second half scoring six of the Cougars first eight points, bringing BYU’s lead up to 50-32.

The Pilots went on a 9-0 run to bring the deficit down to nine points with twelve minutes left in the game. BYU answered back, increasing the lead to 58-45 with eight minutes left.

BYU ended the night with two buckets scored by Zac Seljaas and Jahshire Hardnett to secure its 72-60 win over Portland.

BYU closes out the regular season Saturday, Feb. 24, as the Cougars host No. 6 Gonzaga at 6 p.m. MST in the Marriott Center. The game will be televised on ESPN2. Audio broadcasts will be available on BYU Radio (Sirius XM 143), BYU Sports Network and KSL 1160 AM/102.7 FM.