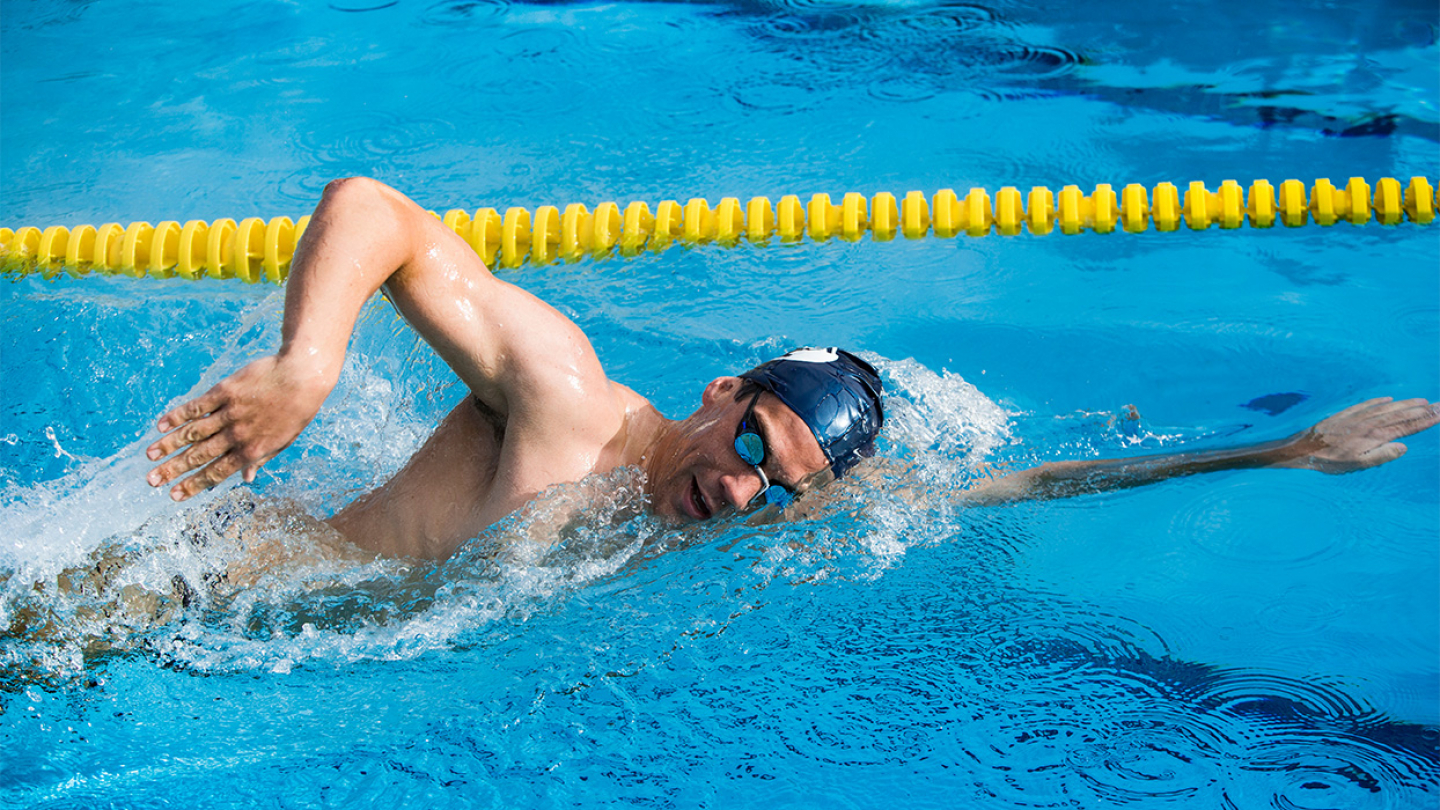 The championship was held in Monterey Park, California.

“This will go down as the most challenging season in BYU swim and dive history,” said coach John Brooks. “I am so proud of this team for weathering the storm this season.”

The team’s pool in the Richards Building has been under renovation since last year, forcing the team to train and compete elsewhere the entire season. Despite this setback, the Cougars posted a strong showing at the conference championship.

Preston Jenkins, a senior captain, posted a time of 43.62 in the 100-yard freestyle, placing him in first and giving him a personal best.

Jenkins also took first on Friday in the men’s 200-yard freestyle and recorded a personal best and new school record of 1:35.00.

Levi Jensen broke his own school record in the men’s 100-yard breaststroke preliminaries with a time of 54.08.

Jensen broke his record again in the finals with 53.88 and placed third in the event on Friday.

Haley Bertoldo won second place in the women’s 200-yard backstroke. She had a new personal best time of 1:56.72 and improved her No. 3 BYU all-time record.

Kelly Hatanaka took seventh place with a season-best time of 2:01.46.

Freshman Brad Prolo placed second in the men’s 200-yard breaststroke finals and had a personal best time of 1:58.19, while also recording the No. 4 BYU all-time record.

Jensen came in fifth in the same event with a personal best time of 1:59.99.

Gonzales became the men’s 3-meter champion with a personal best of 384.00 on Friday. He also placed third and recorded a personal best in the platform with a No. 4 BYU all-time record of 324.70 on Saturday.

Also in the men’s platform, Matt Denkers placed fourth with a score of 291.90.

Bryce Farabee was not far behind with fifth place and a personal best score of 283.05.

Morgan Mellow took fourth place in the women’s platform. She also recorded a personal best of 234.45 and the No. 3 BYU all-time record.

Mellow, along with most of the men’s diving team, will continue on to compete at the Zone E Diving Championships in Flagstaff, Arizona on March 5 through 7.