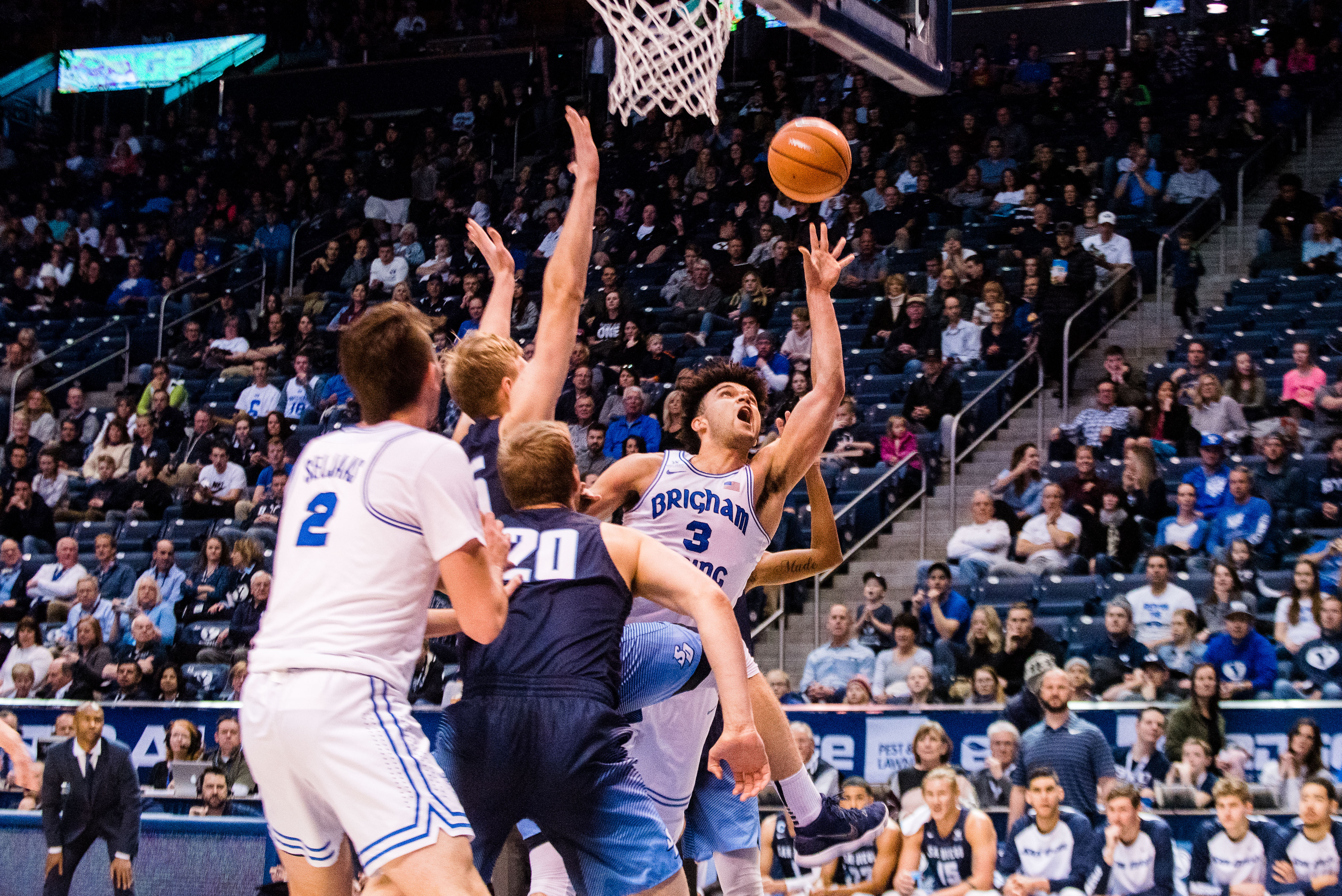 BYU men’s basketball can’t catch a break on the road.

The Cougars have struggled in away games all season, and Saturday’s loss was no different when they led for all of 30 seconds the entire game.

BYU is 13-2 at home this season — an impressive number — but is just 6-5 away from the Marriott Center.

The disparity is even greater when looking at the conference record.

The Cougars are 7-1 at home in West Coast Conference play, and 3-5 on the road. Among the five losses are three teams ranked 130 or lower on KenPom, a college basketball ranking website: Pacific, Loyola Marymount and San Diego.

BYU beat these same three teams by double digits in the Marriott Center, but could not carry the same level of dominance and intensity on the road.

Success at home can be attributed to a favorable and supportive crowd, but in the WCC,  BYU fans always travel well.

In both Saturday’s game against San Diego and Thursday’s at Pepperdine, there were more BYU fans in the crowd than the home team.

The Cougars have had trouble scoring on the road, reaching 70 points just twice in away conference games. One of those went to overtime.

According to BYU radio commentator Greg Wrubell, the Cougars average 75.9 points per game at home in WCC play but just 68.4 in away games.

After the San Diego game, Luke Worthington said the Toreros took advantage after the Cougars failed to make important shots.

“We had a lot of open looks and opportunities we couldn’t convert on,” Worthington said. “When that happens it gives the other team confidence, and they played with confidence tonight.”

The Cougars shot a dismal 13.6 percent from behind the arc against San Diego, making just three of their 22 attempts.

Overall, they shot just 37 percent from the field in the game, compared to San Diego’s 50 percent.

When shots aren’t falling, the players lose confidence, causing them to miss even more shots.

Less than one month ago, on Jan. 20 at the Marriott Center, the Cougars shot 46.3 percent from the field and 35 percent from three against the same San Diego squad.

The Cougars must improve away from home if they want to make a strong run in the WCC tournament in Las Vegas.

Though technically a neutral playing ground, the Cougars will have to carry some of their shooting mojo from the Marriott Center in order to make a good run in the tournament.

The team is currently 2-1 on the season in neutral playing grounds, giving fans hope for some success in Vegas.