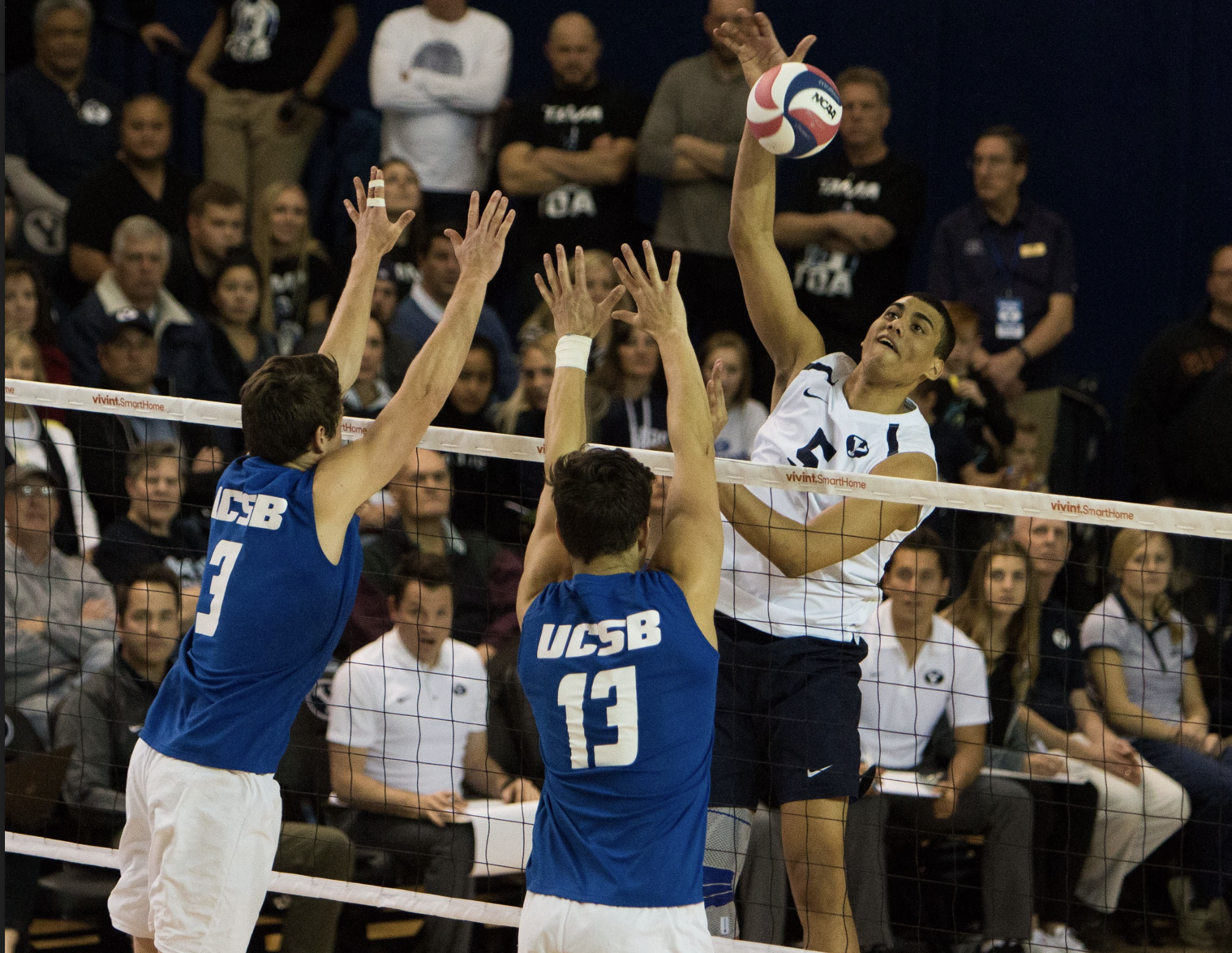 BYU’s No. 7 men’s volleyball team is on a hot streak.

The Cougars have a 10-4 record and are on a five match winning streak.

Through 14 games, the Cougars have faced some tough competition with wins over No. 1 Ohio State, No. 6 Lewis and No. 14 Santa Barbara.

The Cougars have 12 games left in the regular season before the Mountain Pacific Sports Federation tournament and a possible third-straight NCAA tournament bid.

They will travel to play in three states: California, Arizona and Hawaii. Hawaii is the farthest the team will travel this season, with their remaining matches being held in either Utah, Arizona or California.

BYU will face tough competition against No. 10 Grand Canyon and No. 2 UCLA in the coming weeks, both of whom the Cougars have yet to play this season.

Seven of BYU’s remaining 10 opponents this season are ranked in the Top 15 in the nation.

BYU will also travel to one tournament during the regular season, the Outrigger Resorts Invitational, in Honolulu, Hawaii. This tournament will take place over the weekend of March 8-10, with BYU scheduled to play Penn State, Lewis and Hawaii.

After the Outrigger tournament, the Cougars will have just five games left before the Mountain Pacific Sports Federation tournament, followed by NCAA tournament seeding.

BYU has won six Mountain Pacific Sports Federation tournament championships since joining in 1993, but was swept by Hawaii in the semifinals last year.

BYU made it to the finals the last two seasons, only to lose to Ohio State both times. This year the Cougars beat No. 1 Ohio State early in the season on their lone trip east.

The Cougars play Stanford twice this week; at Stanford on Wednesday, Feb. 21, then at home in the Smith Fieldhouse Saturday, Feb. 24. Saturday’s game will air on BYUtv at 8 p.m. MST.