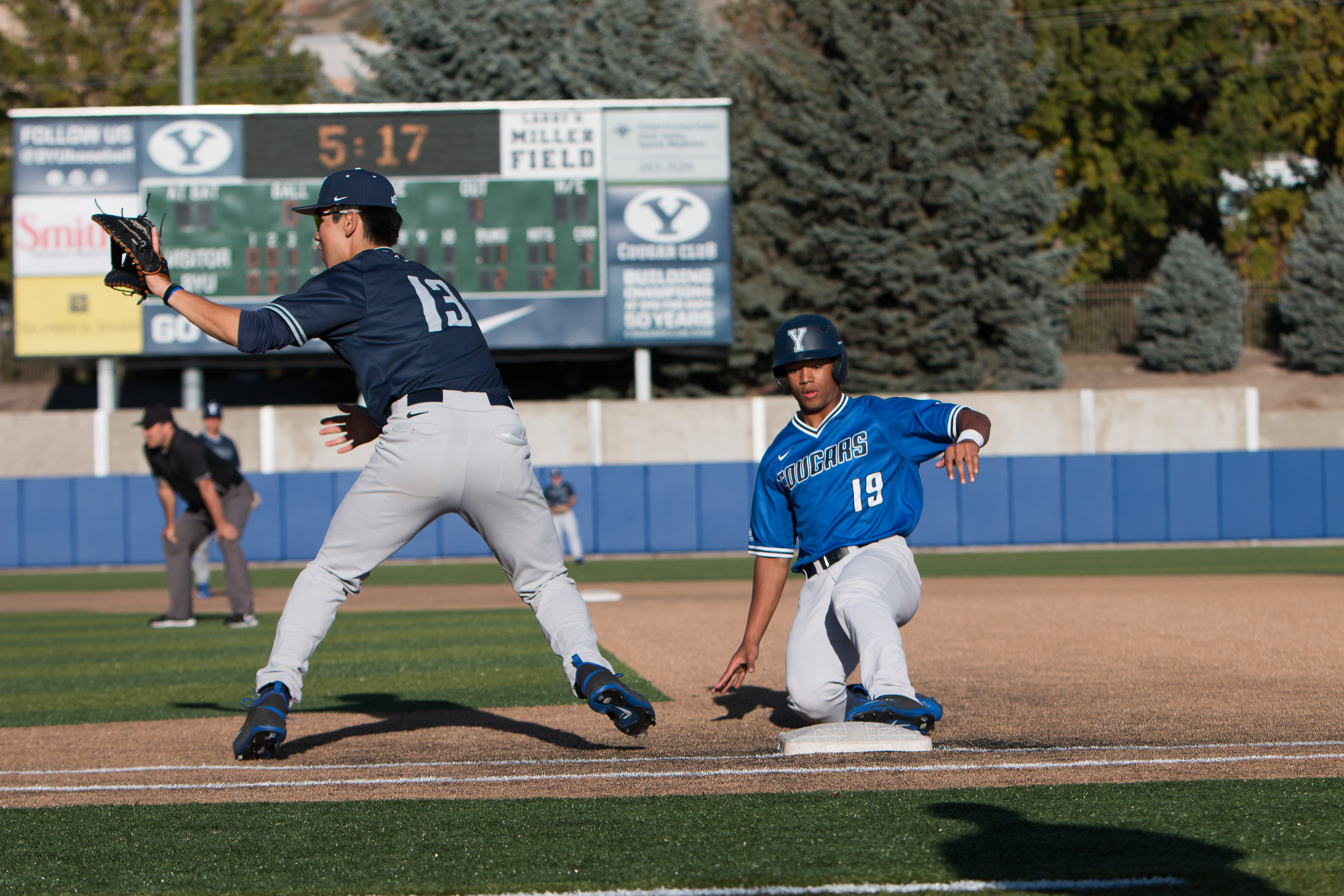 The BYU baseball team is set to open the 2018 season Feb. 16 at California State University, Northridge. For the first time, the Cougars were voted No. 1 in the West Coast Conference Preseason Baseball Coaches Poll.

The Cougars will look for their third-consecutive regular-season conference title and a second-straight NCAA Regional Tournament berth.

Last season, the Cougars finished seventh in the country in batting average, hitting .319. They look to continue their offensive power this year with several returning players.

“We feel really good about our offensive potential,” said coach Mike Littlewood. “We have a lineup full of guys who will put together professional at-bats and make it tough on the opposing pitchers.”

Returning to the Cougars are senior second baseman Anderson, who batted .346, and finished third in the nation for runs scored with 71. He was also named Preseason Third Team All-American by the National Collegiate Baseball Writers of America.

Outfielder Brock Hale will also return after ranking fifth in the nation in batting average with .395.

Defensively, the Cougars will return the WCC 2017 Defensive Player of the Year Schneemann at shortstop, as well as senior Nate Favero at first and third base, sophomore David Clawson at catcher, and junior Kringlen in the outfield.

On the mound, the Cougars have six pitchers returning from last season. Senior Hayden Rogers (9-2, 3.63) will be a starter this year. Ryan Brady, Kenny Saenz, Jordan Wood and Kendall Motes will all be battling for a spot in the starting pitching rotation.

Riley Gates and Jake Suddreth return as the closers for the Cougars pitching staff.

“We have much more depth on our staff this year, which will allow us to match up more efficiently against opposing hitters,” Littlewood said. “In the past, I’ve had to run certain guys out there for multiple innings out of necessity, but our competitive depth should alleviate that issue.”

There is new excitement around BYU baseball as they play on their new state-of-the-art turf field.

The Cougars travel to Hawaii and Auburn this month before the first home stretch of the season against Nebraska-Omaha on March 8.