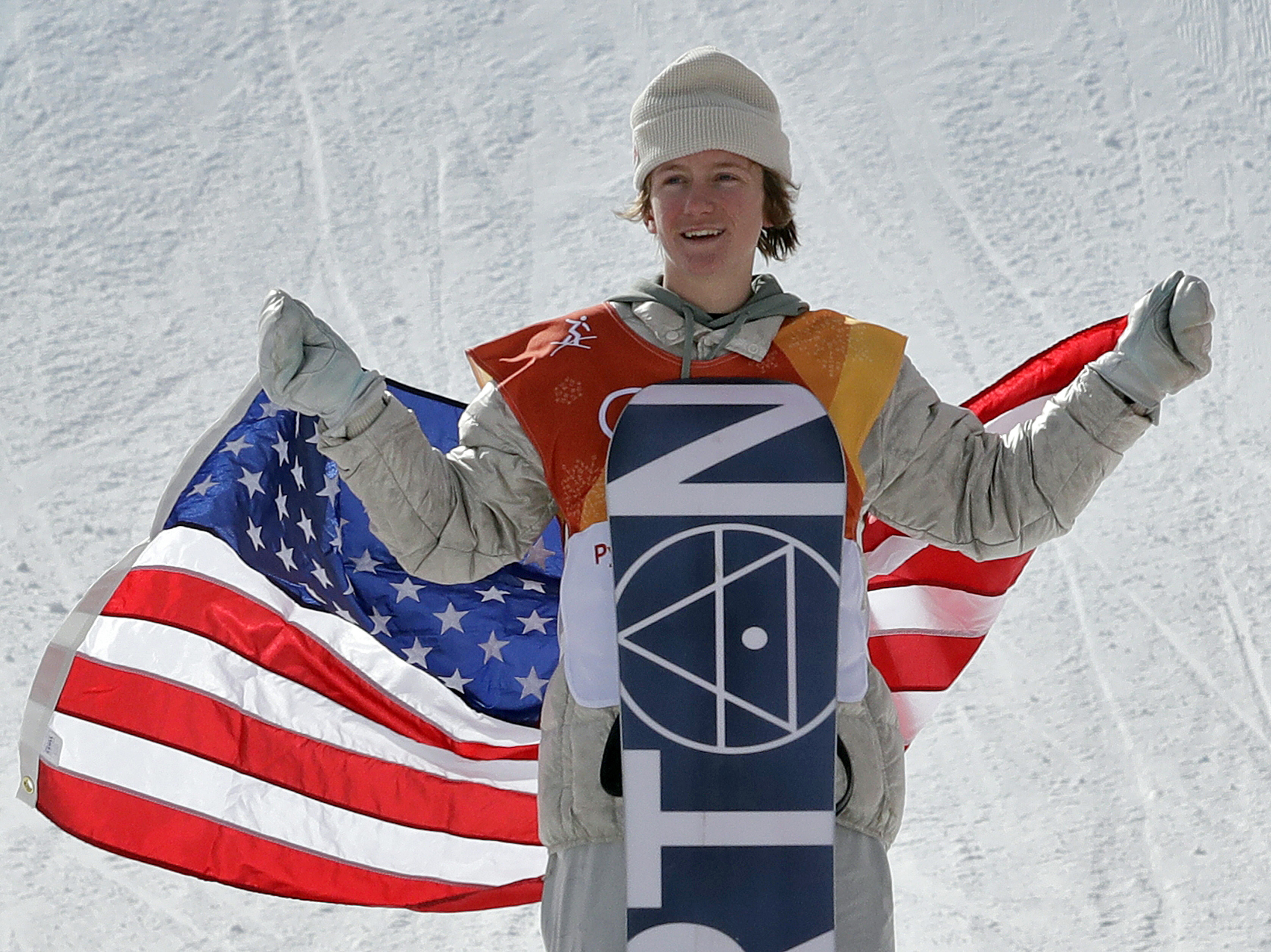 PYEONGCHANG, South Korea (AP) — A blustery morning wind had just about everyone scrambling in the men’s slopestyle event. Except for Red Gerard, who kept his footing all the way to the podium.

Kicking off the second day of full events at the Pyeongchang Olympics, the 17-year-old snowboarder won the United States’ first gold medal of the games.

“Everyone in the contest was worried about the wind and stuff,” said Kyle Mack, Gerard’s friend and Olympic roommate. “I kept telling him, ‘Don’t think about it. Do the run you know you have to do.’

“He went out and put it down flawlessly.”

Also Sunday, Dutch speedskater Sven Kramer broke his own Olympic record in the men’s 5,000 meters to win his third straight medal in the event, Felix Loch missed his shot at a third straight luge title with a wobble on the last run and, in a biathlon stunner, Martin Fourcade and Johannes Thingnes Boe missed their targets and both missed out on medals.

The men’s downhill was postponed until Thursday because of strong winds. But other medals were scheduled to be awarded in the men’s 10-kilometer sprint in biathlon, the ladies’ moguls in freestyle skiing and men’s luge singles.

Swirling winds blew from the bottom of the mountain during the slopestyle, and the 5-foot-5, 116-pound Gerard took advantage of the quick reflexes he honed while growing up just outside of Breckenridge, Colorado. He took a risk on the second-to-last jump by trying a 1080-degree jump off the quarterpipe side of the kicker instead of going straight through the jump and flying higher. Gerard then closed with a backside triple-cork 1440.

He also became the first man to win three golds in the event, using a late kick to beat Canada’s Ted-Jan Bloemen.

Kramer has a chance at winning two more golds in other events: the 10,000 next Thursday and the team pursuit.

NO LOCH IN THE LUGE

Gleirscher, who had never medaled in a World Cup singles race, finished his four runs in 3:10.702 for the gold, Austria’s first in men’s luge in 50 years.

Loch struggled in the final run and slipped all the way to fifth, ending his bid to become the second slider to win the event three consecutive times.

The 10-kilometer biathlon, expected to be a two-man race between Martin Fourcade and Johannes Thingnes Boe, sent shockwaves through the biathlon world.

Arnd Peiffer of Germany connected on all 10 of his targets to win gold, ahead of Michal Krcmar of the Czech Republic and Dominik Windisch of Italy.

Perrine Laffont gave France its first women’s gold medal in the moguls in the 26-year history of the event, landing both her jumps without a bobble in the snow and cold.

The 19-year-old Laffont’s score of 79.72 was more than two points better than 2014 gold medalist Justine Dufour-Lapointe of Canada, who had to settle for silver. Yulia Galysheva of Kazakhstan won bronze.

CRASH AND BURN — THE FIELD

An early crash couldn’t keep Krueger from gold. His Norwegian teammates then helped complete a sweep in the cross-country ski race.

Krueger slipped when the mass start began and his right ski came out from under him, causing him to fall. Russian athletes Andrey Larkov and Denis Spitsov toppled over Krueger and the three ended up at the rear of the field by the time they untangled.

Krueger stormed back, though, and took the lead with 5 kilometers remaining and powered his way to gold. Norwegian teammates Martin Johnsrud Sundby and Hans Christer Holund completed the 1-2-3 finish.

The men’s downhill was supposed to be the first race of the 11-event Alpine program, and it had been scheduled for Sunday. But race organizers ruled that it needed to be rescheduled three hours before it was supposed to start because the gondola lift used to carry teams and officials up the mountains couldn’t operate.

The first race of the Alpine program will now be the women’s giant slalom on Monday.