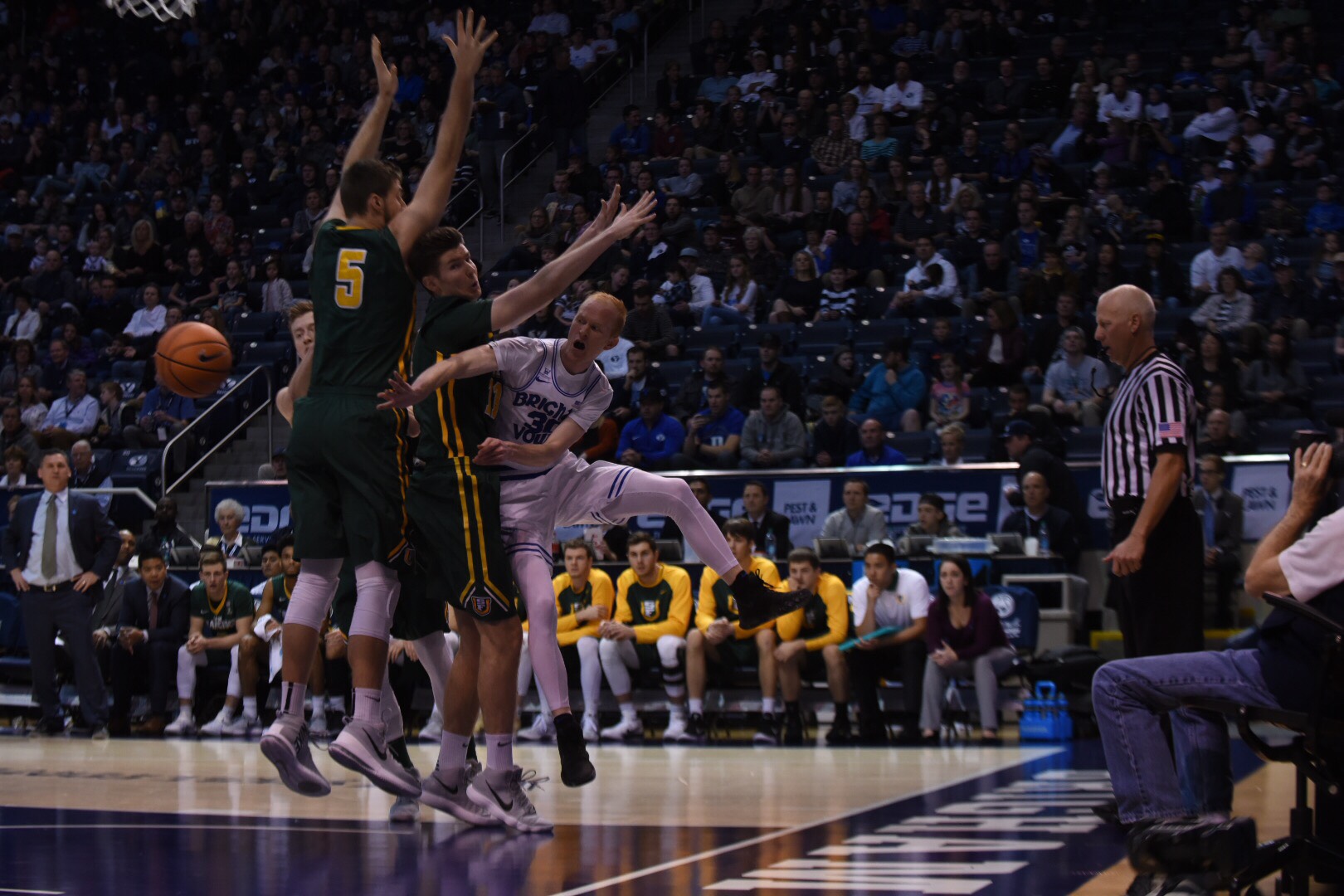 BYU men’s basketball survived a close game against San Francisco to come out on top, 75-73, in the Marriott Center. TJ Haws was the hero, putting up 26 points, and the game-winning free throws to seal it for the Cougars.

“(USF) played tremendous the whole game,” said coach Dave Rose. “They were physical, they ran their stuff well, shot the ball well. It was a good game.”

The Dons came out swinging early, jumping out to an 8-2 lead over a sluggish BYU squad.

The game remained close, with neither team leading by more than three points. The Dons edged out the Cougars thanks to turnovers, however, and entered the locker room up 27-26 at the half.

The second was more of the same back-and-forth basketball, with the Cougars struggling substantially on offense.

BYU racked up 19 turnovers on the night, and the Dons took advantage for 28 points off of those mistakes.

“We were having a hard time,” said coach Dave Rose of the struggles. “It was like we were playing in mud for awhile.”

USF got out to its largest lead, 61-54, with three minutes left in the game, causing many Cougar fans to head for the exits.

A game-tying three by Elijah Bryant capped off an 11-4 run for the Cougars in the final seconds, however, sending the game to overtime, and causing regret in many Cougar hearts.

Thanks to solid play and free throws from Haws, the Cougars were able to outscore the Dons 10-8 in the extra period, coming away with the victory.

Next week the Cougars hit the road to take on Pepperdine. The game tips off in Malibu at 8 p.m. MST, and will be broadcast on BYUtv.