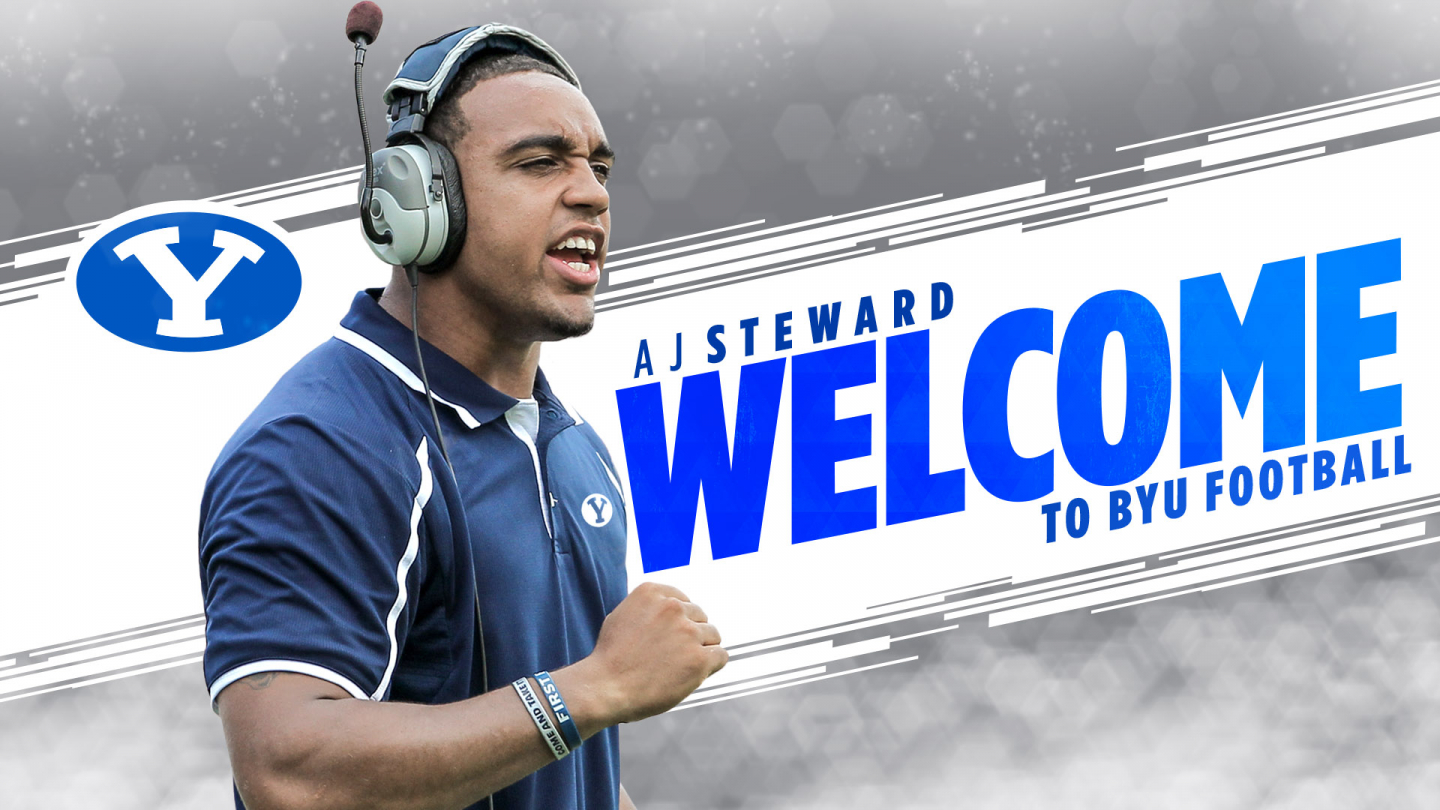 Steward comes from Rice University in Houston, Texas, and will be the running backs coach for BYU.

“AJ is known as an excellent recruiter and for his ability to develop players,” Sitake said. “He has done great things as a running backs coach and brings unique experience from an outstanding academic school, which helps him understand one of the important focuses we have here at BYU. I’m excited to welcome AJ to our coaching staff.”

Steward joins the BYU staff with six years of coaching experience, including the past four seasons as the running backs coach at Rice after two seasons as a graduate assistant for the Owls.

“My wife and I are tremendously excited and are blessed to join the BYU football family,” Steward said. “I sincerely look forward to not only making a difference on the field but also making a life-long impact on the young men in the program.”

Steward joined the Rice staff prior to the 2012 season as an offensive graduate assistant after playing college football at the University of Kansas.

Originally recruited as a quarterback, Steward switched to wide receiver before finding a home at tight end, playing in 37 career games for the Jayhawks from 2008-11.

Steward, 28, was also a four-time member of the athletic director’s honor roll at Kansas, where he graduated with a degree in health and physical education in 2012.

Steward, a native of St. Louis, Missouri, is married to Virginia Durham.

With Steward’s arrival, the offensive staff roles are now finalized, with Jeff Grimes at the helm, Aaron Roderick as passing coordinator and quarterbacks coach, Fesi Sitake and Steve Clark coaching the wide receivers and tight ends, and Ryan Pugh the offensive line.