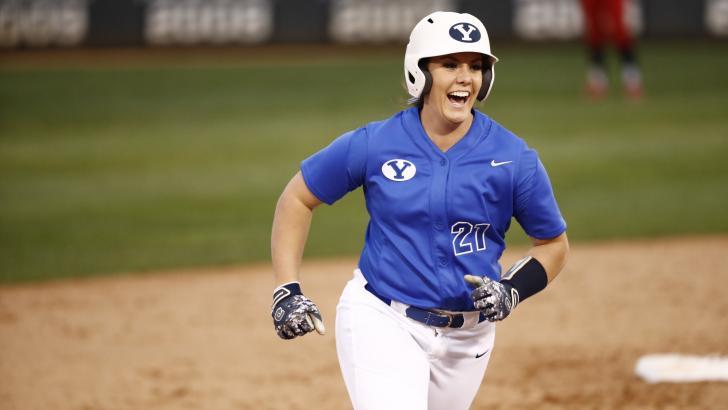 BYU softball sits at No. 19 in the nation and No. 1 in the West Coast Conference as the team prepares to begin the 2018 season this week.

The team hopes to build on last year’s success, when it won their ninth-straight conference title and made its 13th-straight NCAA Regional appearance.

The team also tied the program record for wins and losses with a 46-13 record.

Eight of the returning players had significant starting time last season, and six have been All-WCC players, including reigning WCC Player of the year Caitlyn Alldredge and reigning WCC Freshman of the Year Rylee Jensen.

“We can overcome injury or slumps because we have tremendous depth and talent,” said sixteen-year coach Gordon Eakin. “We have complete confidence in the depth and ability of our entire team.”

Junior catcher Libby Sugg was named to the 2018 USA Softball College Player of the Year Watch List, as well as the All-WCC Preseason team.

The team will travel to several states, including Lousiana and Hawaii, to compete in tournaments prior to the conference schedule beginning in April.

The Cougars are favorites to win the conference, with Pacific and Loyola Marymount coming in tied at second in the preseason poll.

The season begins with the Kajikawa Classic in Tempe, Arizona, on Thursday, Feb. 8. The Cougars open against Stanford at 2:30 p.m. MST. The game will be televised live on the Pac-12 Network.