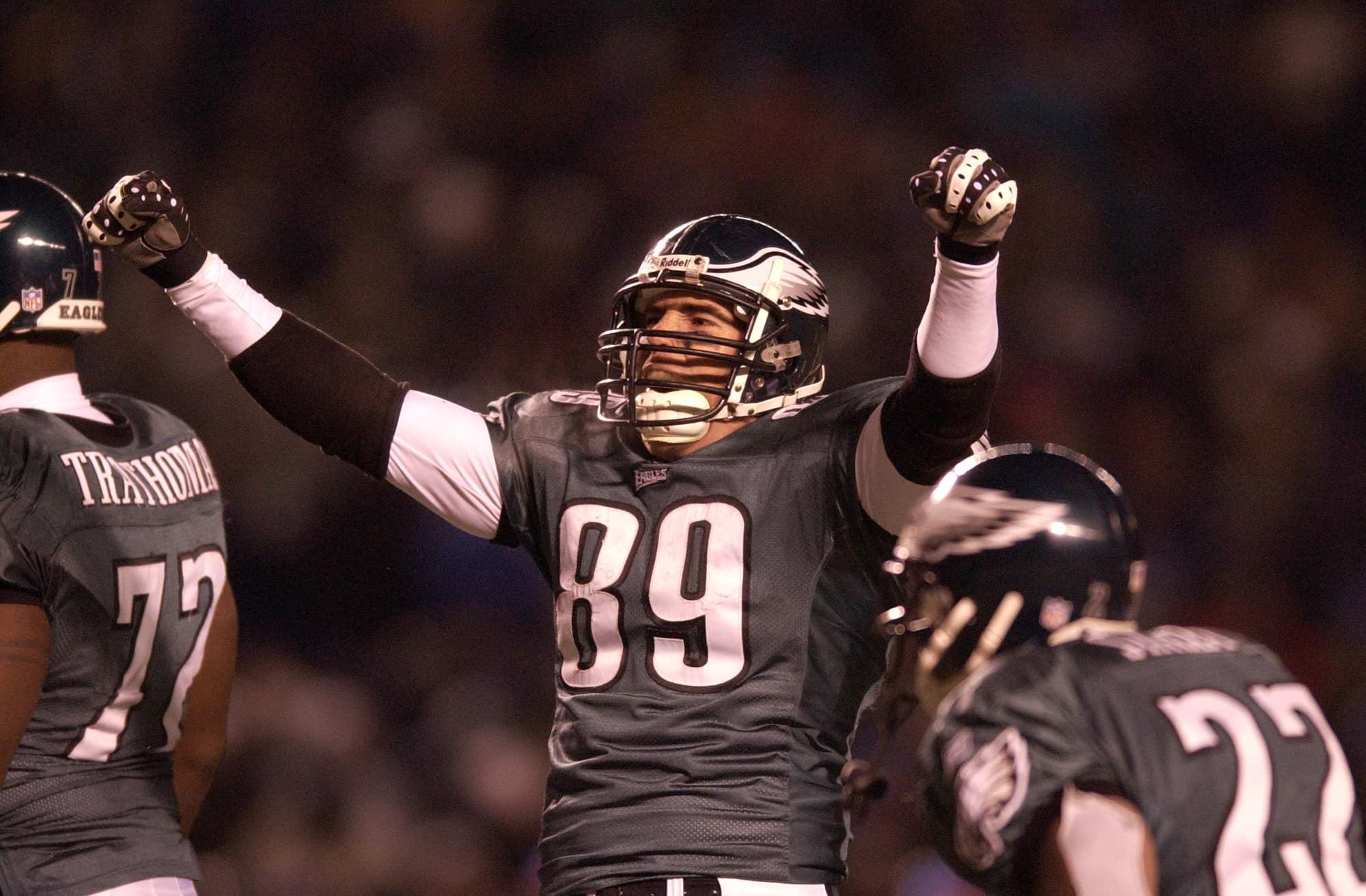 Philly fans aren’t the only ones celebrating the victory—several former BYU players from past Eagles teams weighed in on what it means for the franchise and city.

He caught the game-clinching touchdown pass in the 2005 NFC Championship game, but broke his foot on the play, keeping him out of the Super Bowl XXXIX loss to the Patriots.

The Eagles got their revenge this year, earning what Lewis called “an emotional victory.”

Lewis – who was at the game – said he was happy for all the former Çougars who played for Philadelphia, including Andy Reid, who coached the Eagles from 1999-2012.

“I am so thrilled for the Eagles organization and the city of Philadelphia,” Lewis said. “The game was incredible.”

Reno Mahe, former BYU running back and coach, played for the Eagles more recently, retiring from the team in 2007. He was also on the team that lost to the Patriots in 2005.

“I can finally let go of the loss 13 years ago,” Mahe said on Twitter. “Much love to the city of Philly, (they) so deserved this championship.”

“I was the only one from BYU to actually play in the Super Bowl in 2005,” Mahe told the Daily Universe. “It’s nice to erase that bitter loss.”

Former BYU football star Kyle Van Noy found himself on the losing end of this year’s Super Bowl, but still represented the Cougars well with four solo tackles and one tackle for loss.

Van Noy won his first Super Bowl with the Patriots last year, the first Cougar to do so since Dennis Pitta in 2013 with the Baltimore Ravens.

He is also the first BYU alumnus to play in back-to-back Super Bowls since 1990.

“I’m not even sad for him, he already has his Super Bowl ring,” joked Mahe on Van Noy’s loss. “He is going to be an awesome NFL player – I’m a big fan of his.”

“Eagles fans still love those guys,” McCann said. “I watched them line up at the Super Bowl to shake hands and reminisce with Chad Lewis and Vai Sikahema. They talked with them like they were members of their own family, and in many ways, they are.”