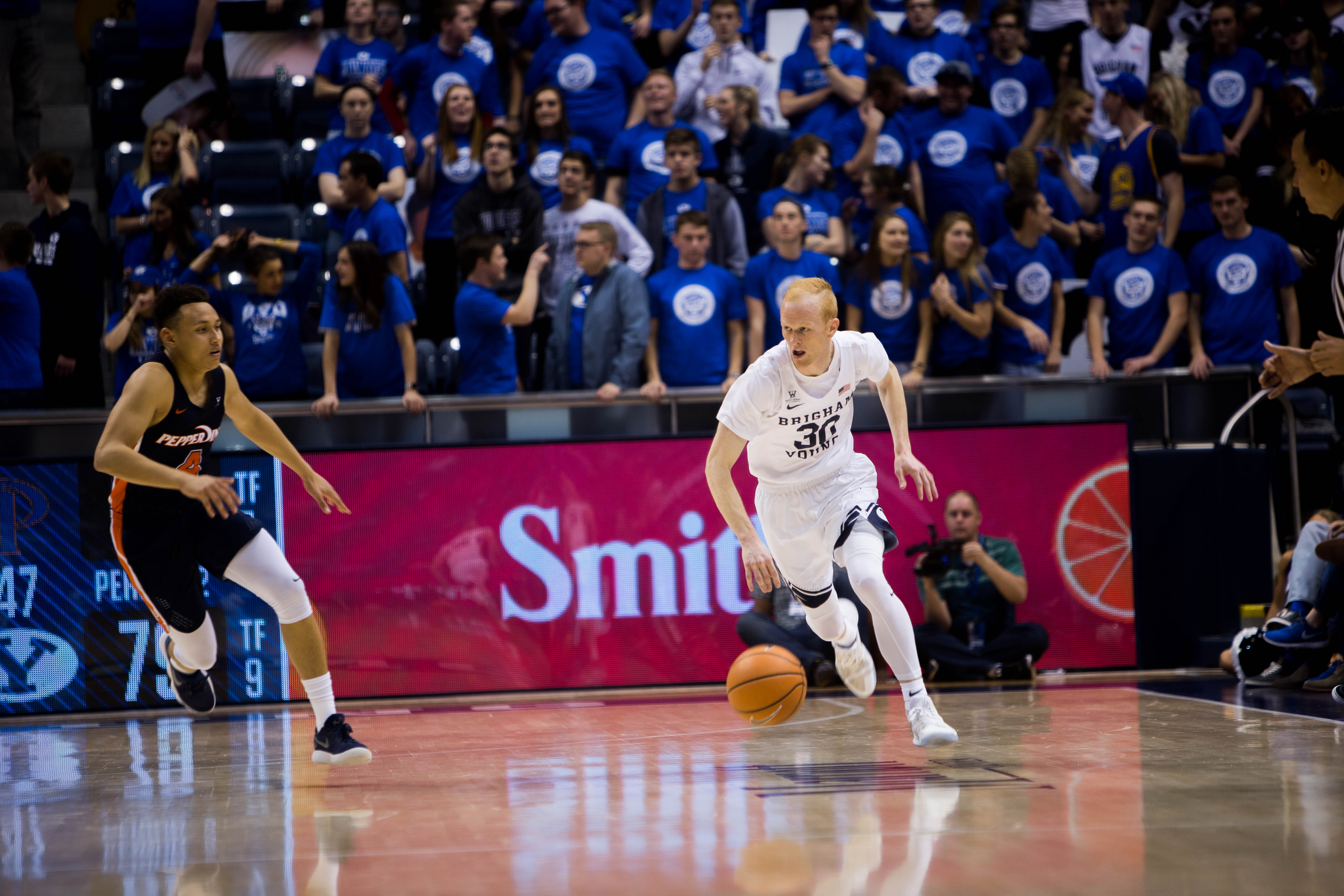 “The last couple games we had lost our physical edge and I thought tonight it was a challenge for our guys to come out and show toughness,” coach Dave Rose said. “It’s difficult to lose that one but the guys played hard and played together.”

BYU started the game off with a dunk by Childs, but the Bulldogs took the early lead 12-6 only four minutes into the game.

BYU took its turn going on a 7-1 run to take the lead behind a three by Haws and bucket by Bryant, making the score 13-12.

Midway through the first half the Cougars and Bulldogs went back and forth until the Bulldogs used an 8-0 run to jump ahead of the Cougars.

BYU came out firing in the second half going on a 7-0 run behind a 3-pointer by Haws. Then a jumper by Worthington and free-throws by Bryant tied the game up at 43 with 13 minutes remaining.

The Bulldogs kept their lead until Haws got hot in the last five minutes, tying the score at 59.

Gonzaga connected on crucial free-throws in the last minute to take the game with a 68-60 final score.

The Cougars return home as they take on Santa Clara in the Marriott Center Thursday, Feb. 8 at 9 p.m. MST. Live coverage will be available on ESPNU.