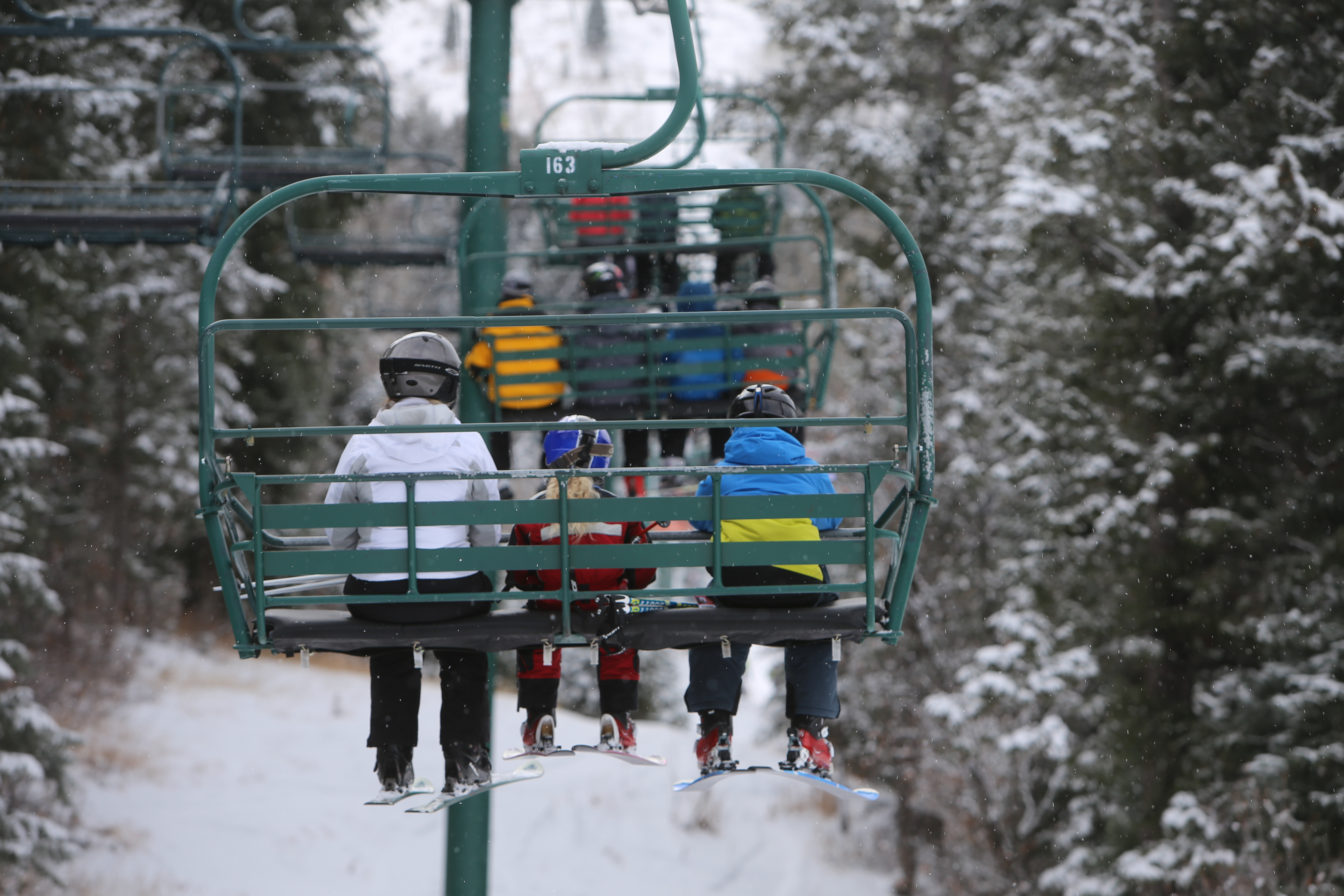 This winter’s scant snowpack is not expected to dramatically impact revenue for Utah resorts, according to Ski Utah Director of Communications Paul Marshall.

Resorts saw peak tourism thanks to the storm around the Christmas and New Year holidays, according to Marshall.

“As a whole, we saw strong numbers in terms of booking and revenue over the holiday week, so it didn’t affect the bottom line there,” Marshall said.

Last year was a “record-breaking year,” according to Marshall, with over 4.45 million skier visits. At the end of January 2017, the base depth at Sundance was 88 inches.

“I don’t want to make any predictions or anything like that, but I don’t see us having a significantly lower year,” Marshall said.

Marshall said although resorts like Sundance, which are at a lower elevation, haven’t experienced the usual amount of snow, other resorts have had good skiing conditions.

“We had early season cold temperatures, so with snow-making, resorts were open and are opening more terrain every day,” Marshall said.

BYU student Gordon Bennett, an avid snowboarder, said conditions are not great for skiing and snowboarding this year.

“I have only been snowboarding for a few years, but out of those few seasons, this one would probably have to be the worst so far,” Bennett said.

Bennett compared his feelings to the tagline in the old Wendy’s commercial: “Where’s the beef?”

“In late November, early December I was like, ‘Where’s the snow?'” Bennett said.

Bennett recently snowboarded at Park City resort with a few of his friends. Bennett said although it was snowing, the conditions were not great.

“We found this cliff jump that we went off of, and while there was snow piling up that day, there were a lot of rocks and debris still exposed due to the thin snowpack, so we both wrecked the bottoms of our boards coming down from the cliff,” Bennett said.

BYU student and skier Lindy Clegg also said the snow this winter has not been ideal.

“We’ve been spring skiing in January, meaning bluebird days — fast snow on the groomers, and a small base underneath,” Clegg said. “The days that we have had good snow there isn’t enough base to do trees and other fun runs due to the rocks and branches.”

BYU student James Saunders works at BYU Outdoors Unlimited as a retail associate and ski mechanic and spoke to how the weather this year has affected the shop.

“I wasn’t working here any of the previous winters but from what my co-workers have said it has been a lot slower this year then in the past,” Saunders said. “The break was super busy, but it always is, and the 20th of January was crazy busy (because it finally snowed) but other than that it has been slow.”

Saunders said he likes to ski at Sundance because it’s close by, but he said said he feels disappointed with the snow this year.

Each year Utah Gov. Gary Herbert asks for funding to promote tourism, as reported by Desert News. Utah receives around $21 million each year, with some of that money being funneled into winter tourism.

Utah’s tourism industry is valued at about $8.4 billion, according to Marshall.

“Tourism as a whole in the state is actually our biggest export,” Marshall said.

The winter sports industry accounts for $1.4 billion of that $8.4 billion, Marshall said.

This tourism revenue goes back into the system and helps lower taxes, according to Marshall.

However, Marshall said there is also a downside of “doing business with Mother Nature.”

“As much marketing and promotion as the resorts do, our industry does rely on Mother Nature — it can be our best friend, but it can also be our enemy,” Marshall said. “If storm patterns increase and the snow is good out here, we could see a great year, but if it doesn’t, we could see the reverse.”

Even if snow this season doesn’t increase, many skiers and snowboarders remain highly committed to their sport — the conditions this season haven’t discouraged Bennett, Clegg or Saunders from planning for next season. Each plans on skiing or snowboarding next season.

“I am planning on getting a pass next year as of right now,” Clegg said. “I think regardless of conditions and other things, even the worst day skiing is better than a day spent at home.”

To find out more information about resorts and snow conditions visit Ski Utah.

BYU students share their thoughts on the lack of snow this year and skiing conditions. (Jacob Osborn)