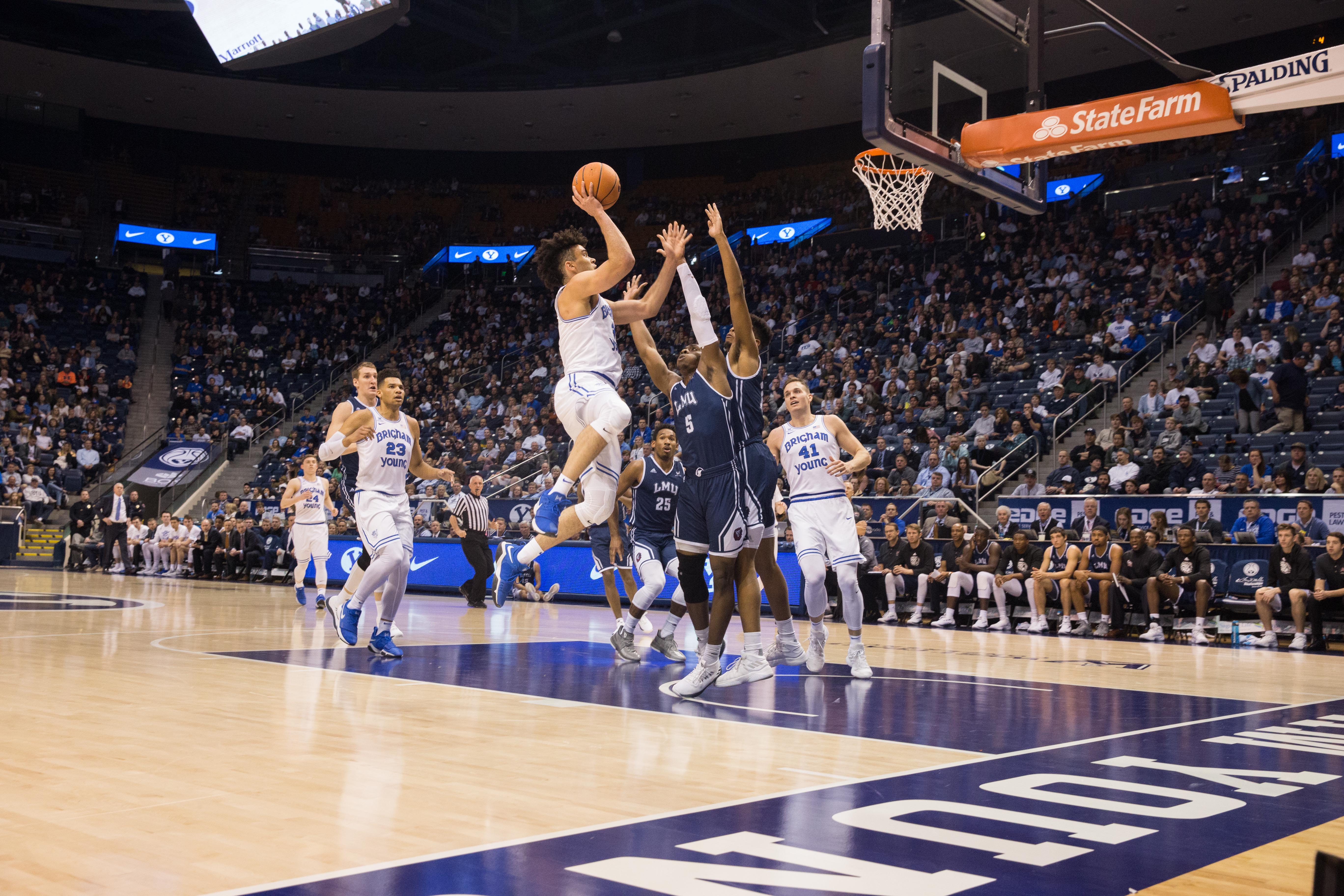 BYU men’s basketball suffered a huge loss Thursday night 76-69 to Loyola Marymount in at Gersten Pavillion in Los Angeles. It was only the second conference win for LMU on the season.

“Out on the road, having 16 turnovers is a formula for a very tough night,” coach Dave Rose said. “We got behind and it’s hard to get the game the way you want it.”

Only two Cougars scored in double-digits; Elijah Bryant led the team in points scored with 24, while Yoeli Childs recorded a double-double with 15 points and 13 rebounds.

The Cougars went on a run of their own to cut the deficit down to three points behind Childs and McKay Cannon. LMU stayed in control, however, bringing their lead back to 42-31 to end the first half.

The Lions consistently kept a double-digit lead over the next eight minutes, including a 16-point lead at one point.  LMU had three players score in double figures.

BYU fought to get back in the game, bring it within five points with just six minutes to go.

LMU made their free-throws down the stretch to keep the Cougars from getting any closer, and seal the win.

BYU now travels to Gonzaga on Saturday, Feb. 3. The game will be available on ESPN2 with tipoff at 8 p.m. MST.