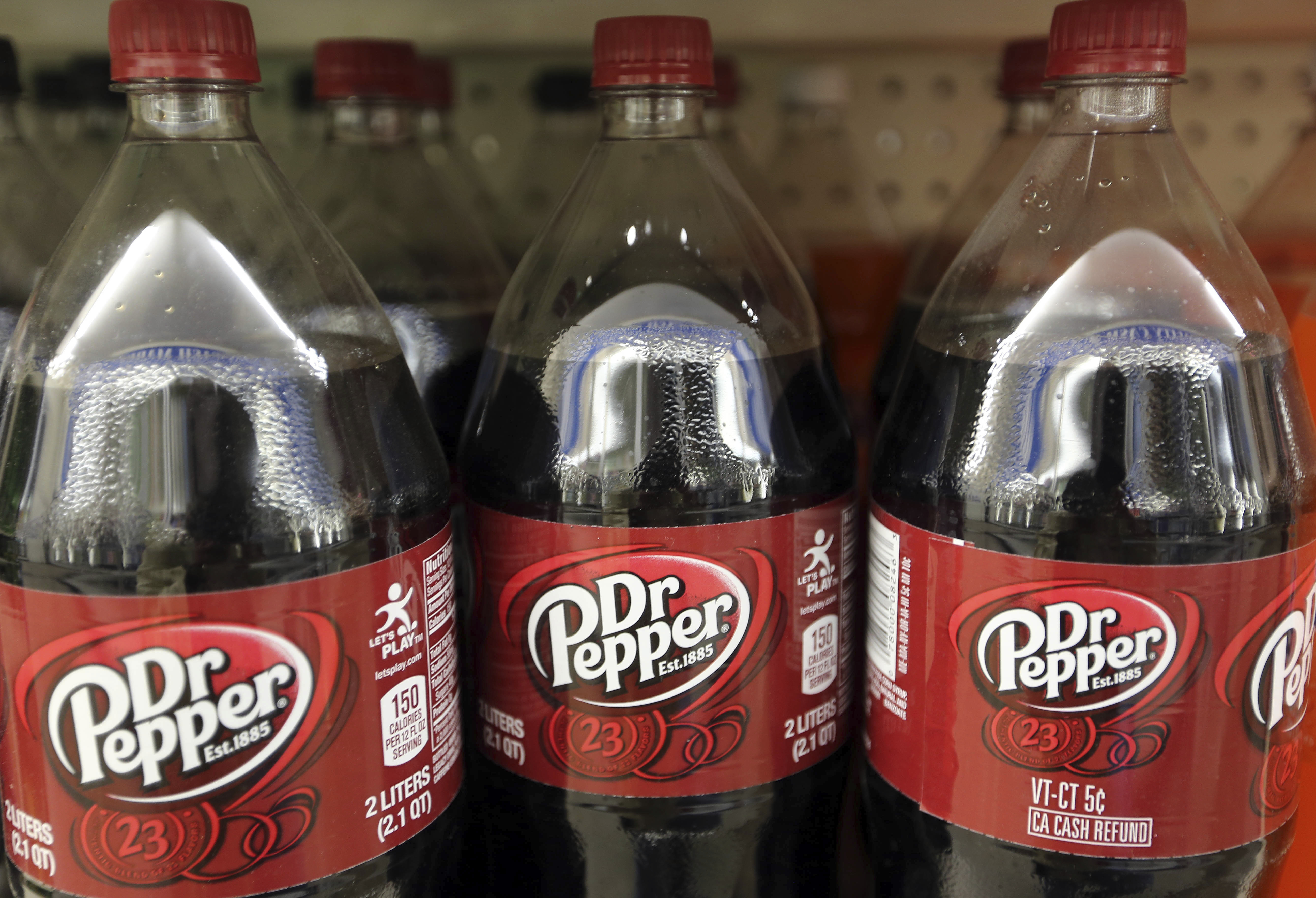 The combination lets the company offer “hot and cold beverages to satisfy every consumer throughout the day,” said Larry Young, chief executive of Dr Pepper Snapple.

Keurig Dr Pepper, the combined company, will have about $11 billion in annual sales. That’s still far smaller than PepsiCo Inc. and Coca-Cola Co., which had sales in 2016 of $63 billion and $41 billion, respectively.

Keurig Green Mountain Inc., which is a privately held company, is known for its single-serve coffee makers. It also sells coffee pods that are sold in stores under the Green Mountain and Donut Shop name.

The pods, which are placed in the coffee makers and thrown out, have been criticized by environmental advocates as contributing to more waste.

Keurig said Monday that Dr Pepper Snapple shareholders will receive $103.75 per share in a special cash dividend and keep 13 percent of the combined company.

Shareholders of Dr Pepper Snapple still must approve the deal.

Keurig was acquired by Europe’s JAB Holding company in 2016 in a partnership with snack maker Mondelez International. JAB will be the controlling shareholder, and Mondelez will hold a stake of about 13 percent to 14 percent.

Their headquarters won’t change, with Keurig staying in in Waterbury, Vermont, and Dr Pepper Snapple in Plano, Texas.

The deal is expected to close in the second quarter, with the company estimating total debt to be about $16.6 billion at that time.