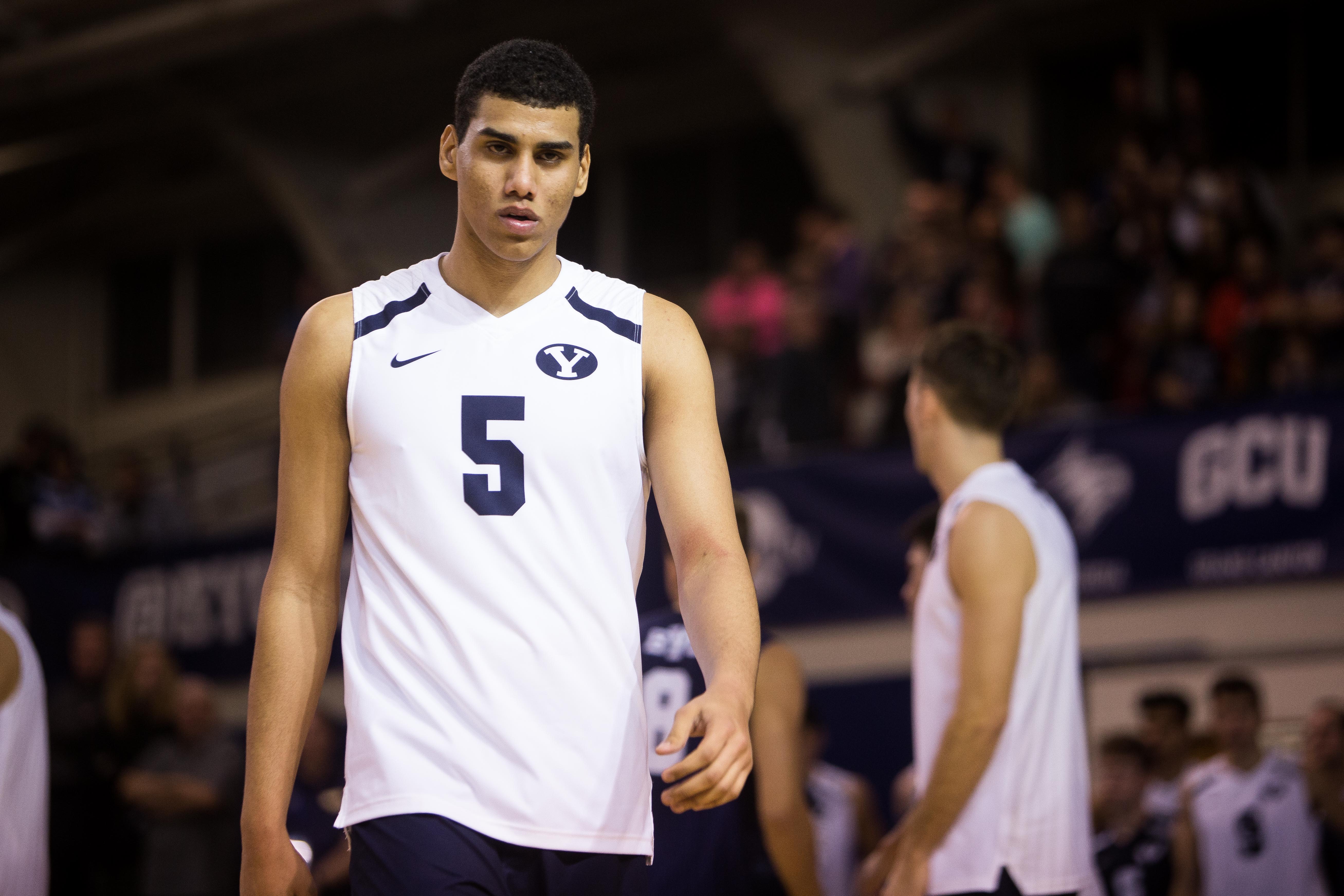 Rising volleyball star Gabi Garcia Fernandez has taken the Cougars by storm at the outset of his freshman year, leading the team in kills and blocks.

The San Juan native is a powerful addition to an already mighty team that recently beat No. 1 Ohio State.

Additionally, the opposite hitter already has 146 of the teams 472 kills this season and shows no sign of stopping.

Fernandez credits his teammates for the smooth transition into college volleyball.

“They treat you like family here,” Fernandez said. “I thought it would be a rough few weeks getting volleyball and school down, but they are always ready to help you.”

Fernandez played club volleyball for Borin Quen Coqui at the Elite level and was a member of the Puerto Rican Youth and Junior National Teams. He was named a three-time All-American and the Senior Men’s Volleyball MVP.

Before coming to BYU he played for Puerto Rico Internationally, playing teams in Europe, Egypt, and even the U.S.

“He fit right in. He is really comfortable playing a high level of volleyball,” Olmstead said. “It’s exciting. Anytime you can get a kid acclimated that quick is exciting. It just means they have four more years to improve and get better.”

“He just fit right in. He has just been such a safety for me. He is really consistent,” Durkin said. “He is just an assertive personality type, just a really level-headed guy.”

“I think Gabi is doing a really good job adapting,” junior Storm Fa’agata-Tufuga said. “Having another high-level player is really awesome for our team.”

No. 6 ranked BYU had a vengeful weekend against No. 14 UC Santa Barabara. After being swept Friday, Feb. 2 by the Ganchos, the Cougars found themselves in a three-game losing streak and needed a win.

The Cougars came back Saturday night looking like a new team. Thanks to 18 kills from Fernandez and 10 kills from Brenden Sander, BYU swept UCSB 3-0.

The Cougars improved their overall record to 7-4 after the weekend’s matches.

“I just felt like we were more engaged from the start,” BYU coach Olmstead said. “I was open last night in saying that I felt like we were waiting for things to happen, and tonight we went out and created things a little more – so I was happy with that. I thought we made better decisions overall.”