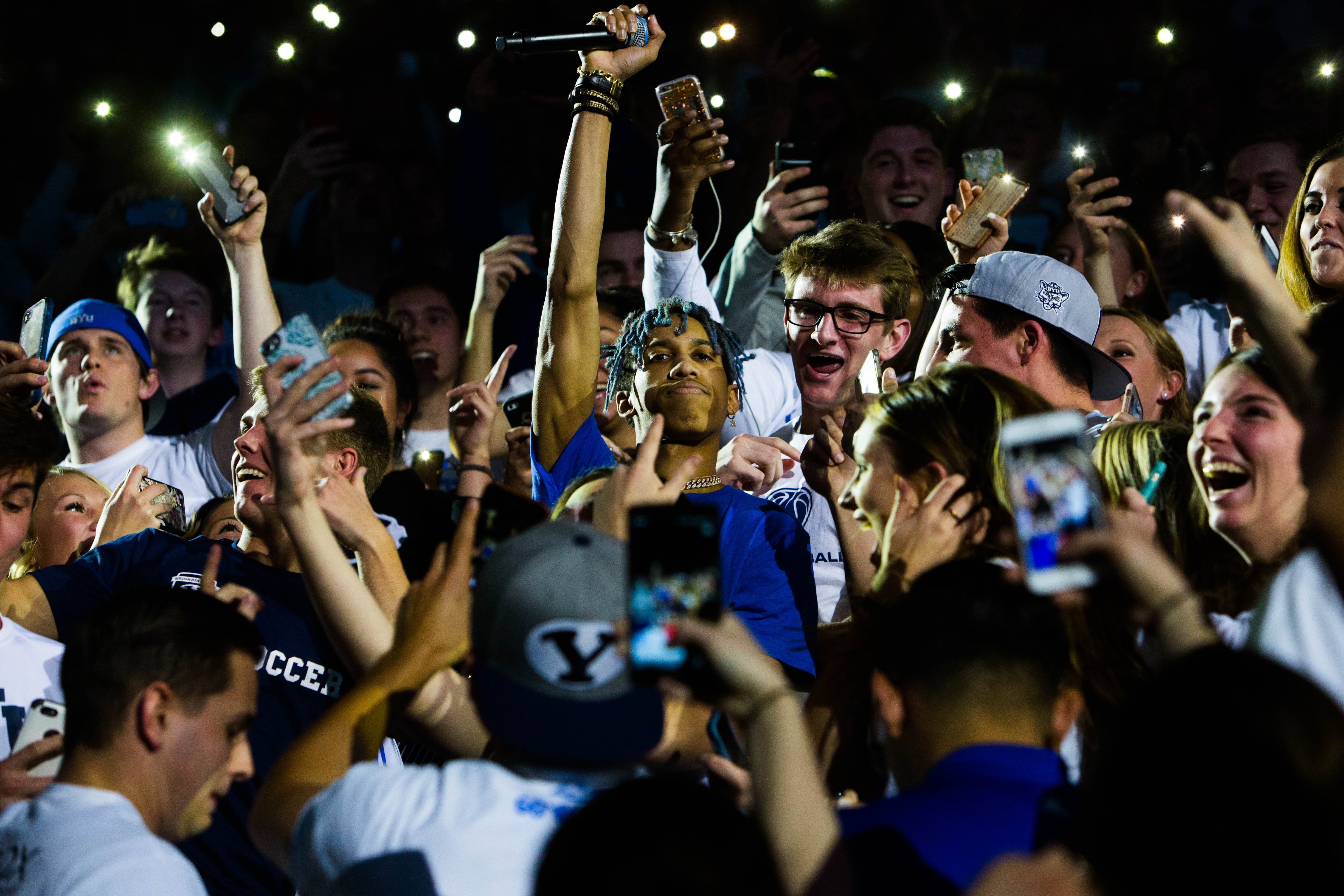 The Marriott Center lit up on Saturday night during halftime of the BYU vs. Pacific game when Ayo and Teo performed their song “Rolex” with Cosmo and the Cougarettes.

In October of 2017 Cosmo danced alongside the Cougarettes to a choreographed version of “Rolex” at a home football game against Boise State. The video footage of their dance then went viral, receiving over one million views and being shared by media outlets such as Bleacher Report and USA Today.

In an interview with ESPN960 Ayo and Teo discussed how they saw the video of the Cosmo and the Cougarettes everywhere on social media so it was “only right” to come out to Provo and perform with them.

The student section was full nearly an hour before tipoff, with the rest of the crowd slowly filing in to pack the arena. This game had the second highest attendance of the season with 16,456 people in the stands. The crowd lit up their cell phones during the halftime performance, causing a sea of lights that added to the excitement.

During their performance, Ayo ran into the student section and sang while BYU students cheered along. Moments later, the Cougarettes ran onto the court and performed their choreographed dance of “Rolex” with Ayo and Teo leading the way.

The video of Saturday night’s performance was shared on Instagram by House of Highlights and has received 1.7 million views through that outlet alone.

Throughout the night, Ayo and Teo graciously waved to and took selfies with fans in the student section while watching the game. They also attended a meet and greet at the Marriott Center before the game began, with fans forming a line all the way down the hall.