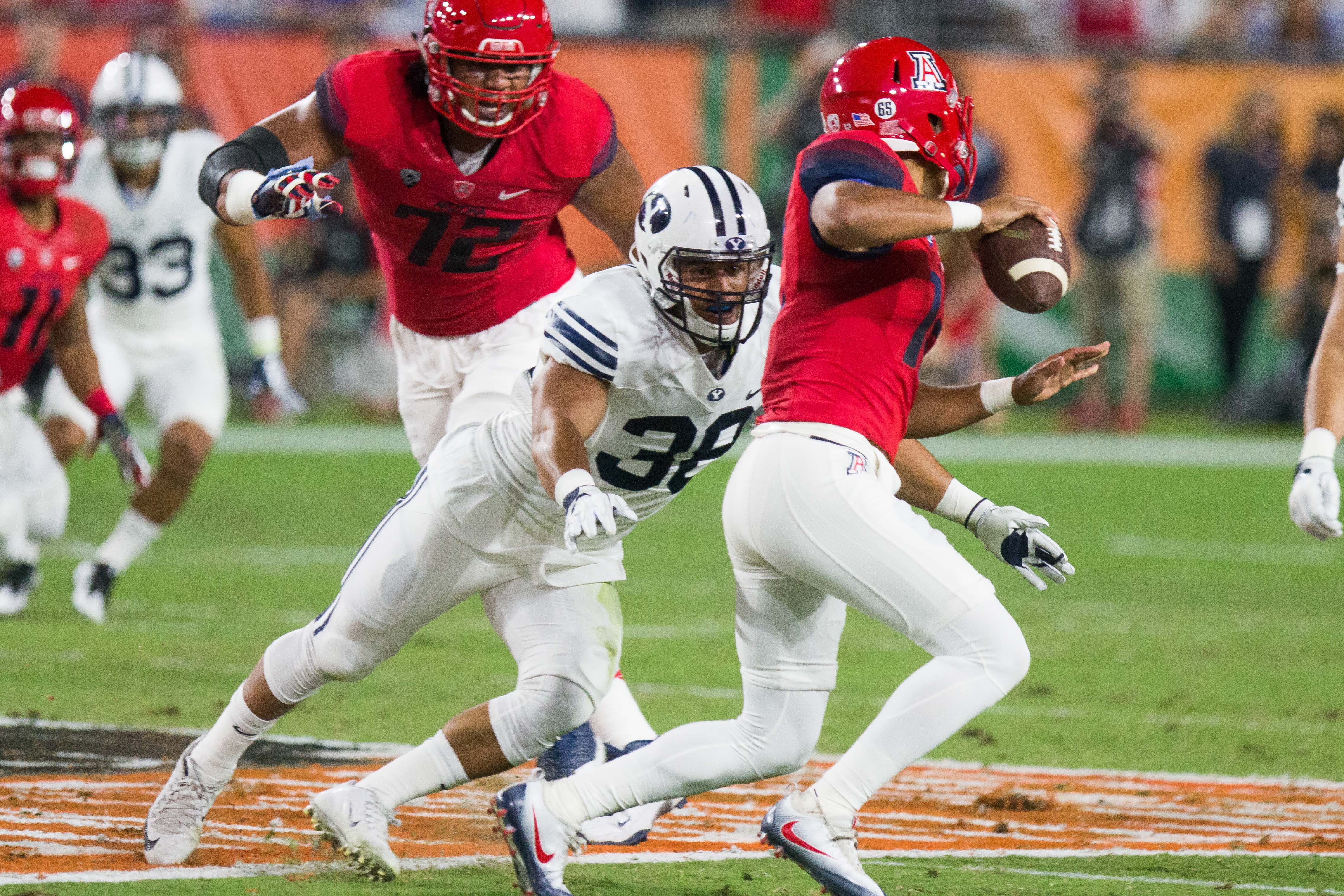 BYU football has released its 2018 schedule, featuring three matchups with top-25 teams and eight games against bowl teams from this past season, making for the one of the hardest schedules in recent memory.

The Cougars open the season with five-straight games against Power 5 teams, four of which are on the road.

The Cougars will face the top-10 Wisconsin Badgers of the Big Ten. Wisconsin finished 2017 ranked No. 6/7 in the final polls after a 13-1 season and an Orange Bowl victory.

BYU will also play four teams from the Pac-12, with games against the Arizona Wildcats, California Golden Bears, Washington Huskies and Utah Utes.

The last time the Cougars played Arizona and Utah in the same season was 2016, beating the Wildcats by a field goal and losing to the Utes by one point.

The games will bookend the Cougars’ season this year, as BYU tries to get its first win against Utah since 2009.

The Cougars will face two in-state rivals, including a Friday night matchup on Oct. 5 at LaVell Edwards Stadium versus Utah State and the regular-season finale against Utah in the Deseret First Duel Rivalry game on Nov. 24 in Salt Lake City.

BYU and Boise State face off in a growing regional rivalry that the Cougars have been on the losing side of in recent years. BYU will look to get its first victory on the blue turf in Boise.

The Cougars play UMass on Nov. 10 at Gillette Stadium in Foxborough, Massachusetts — home of the reigning Super Bowl champions, the New England Patriots.

Television plans and kickoff times are still to be announced. Dates are subject to change to accommodate television.