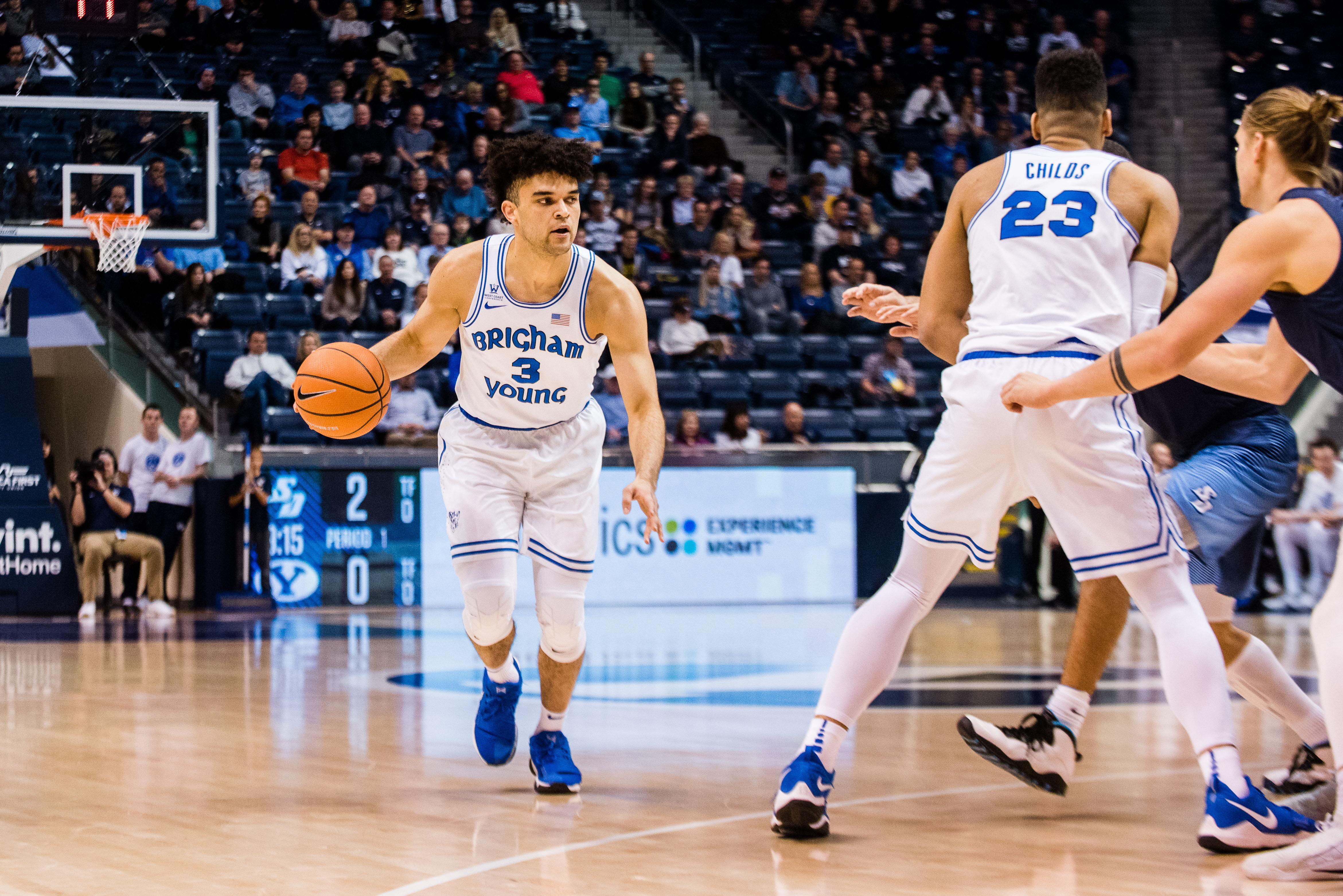 The BYU Cougars got revenge on a Pacific squad that beat them two weeks ago, beating the Tigers 80-65 in the Marriott Center. Elijah Bryant led the way with 28 points, seven rebounds and four assists.

“Tremendous team win,” said coach Dave Rose. “That was a really competitive and close basketball game, even though the final score might make it look different.”

Yoeli Childs came of the bench for the first time this season due to illness, totaling 26 points and six rebounds.

The teams remained close in the early going, with BYU down 11-10 five minutes in. Childs entered the game after the first timeout.

Bryant and Pacific’s Jack Williams were hot from the start, scoring five points a piece in the first five minutes.

BYU then went scoreless for several minutes, allowing the Tigers to jump out to an eight-point lead

And-ones from Bryant and Payton Dastrup energized the crowd and pulled the Cougars back within two, 22-20, with 7:35 left in the first half.

The game remained close throughout the first half, with six lead changes.

Childs ignited the crowd late in the period with a one-handed alley-oop from McKay Cannon.

Bryant had 12 points to lead the Cougars, with Childs adding six points and four rebounds.

The halftime performance of rap duo Ayo and Teo, of the Cosmo and Cougarettes’ viral video, energized the crowd despite a lackluster half from BYU.

The Marriott Center was rocking with @OgLeloo and @shmateo_ tonight!! ??

The Cougars struggled to take care of the ball to begin the second half, reaching 10 turnovers early in the period.

“Our demeanor and body language were much better in the second half,” Rose added. “Eli and Yoeli did a great job of scoring consistently.”

The Cougars began to pull away midway through the second half behind Bryant’s perfect shooting from deep (4-for-4). He missed just one shot all night.

Increased pressure on the defensive end allowed the Cougars to keep the Tigers at bay, assisted by Childs’ impressive scoring run.

“We got stops and got out in transition – that allowed us to pull away,” said Bryant.

Bryant and Childs both reached the 20-point threshold midway through the second half, the third time this season the duo has done so.

Errors on the defensive end allowed the Tigers to stay in the game late in the second half, down just six with 3:50 to go.

TJ Haws fouled Roberto Gallinat late in a 3-point shot, and the Tiger made it, giving him a chance for a 4-point play.

An and-one from Childs with under three minutes to play gave BYU a 69-59 lead, and pushed the sophomore forward up to 26 points, surpassing Bryant’s 25.

A series of foul calls slowed the game down in the final minutes, but also allowed the Cougars to jump out to their largest lead, 74-61 with under two minutes to play.

A late three from freshman Rylan Bergersen sealed the win for the Cougars in the final minute.

Starting point guard Jahshire Hardnett had another solid outing, grabbing a game-high eight rebounds to go along with four assists.

The Cougars travel to Los Angeles to take on Loyola Marymount Thursday, Feb. 1 at 9 p.m. MST. The game will be broadcast on AT&T SportsNet RM and Spectrum SN, as well as on BYU Radio.