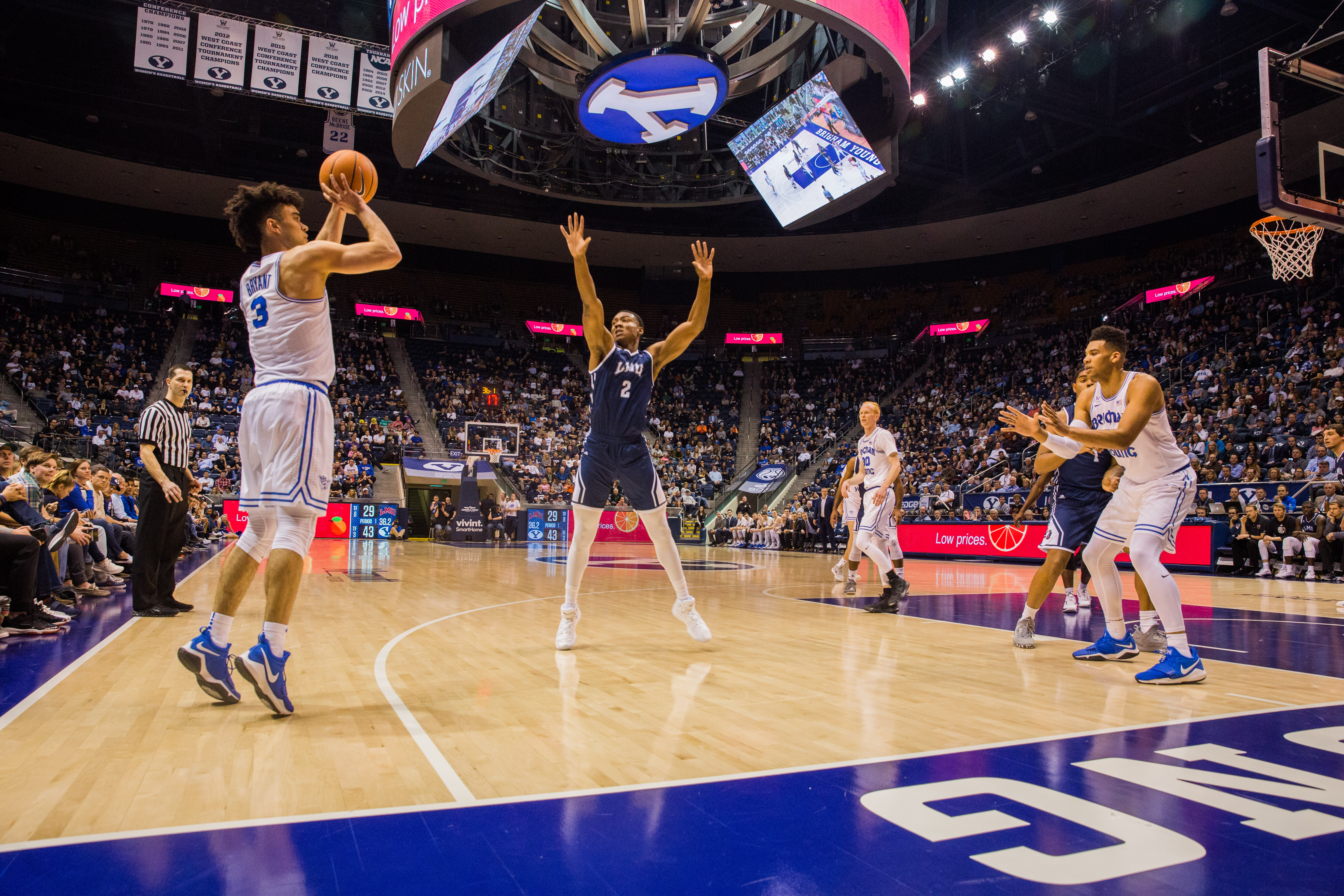 BYU men’s basketball returned to the Marriott Center Thursday night with a big win over Loyola Marymount, 82-67. Elijah Bryant led the way with 29 points, including five 3-pointers, and eight rebounds.

The Cougars got off to a strong start with a quick three from Jahshire Hardnett.

Elijah Bryant already had 11 points for the Cougars just seven minutes into the game.

When it rains, it pours.

BYU got up by as much as 10 early in the half, keeping the Lions at bay with strong defense.

“We focused on getting stops first,” said Bryant. “That’s the main thing is to try and get as many stops as we can in the first four minutes. When we do that, that’s what gets us going.”

BYU increased the lead to 20 as Payton Dastrup threw down a massive slam off an assist by TJ Haws.

Bryant scored his 20th point just before going to halftime, his new season-high for the first half. He made four 3-pointers in the first half alone.

“The first half was really good as far as our execution was concerned. I thought that we handled their pressure pretty well,” coach Dave Rose said. “When your shooting a good number, 60 percent or so from the field, you’re pretty pleased with what’s going on.”

LMU called a timeout four minutes into the second half after a 7-0 run by BYU. The Cougars continued to shoot lights out from the field going 21-for-30, a 70 percent clip.

Elijah Bryant connected on his fifth 3-pointer seven minutes into the first half, giving him 29 points in the game. It was Bryant’s fourth game this season with five-or-more 3-pointers.

In the middle of the second half, LMU managed to cut the lead down to 12 points, with BYU ahead 62-50

Both teams got into the bonus after multiple back and forth fouls, giving LMU 11 free-throw attempts and BYU seven with eight minutes left to play.

Near the end of the game BYU went on an 8-0 run, leaving LMU scoreless for two and a half minutes.

With the win, BYU improved its conference record to 5-2.

“There’s nothing I love more than seeing Eli do what he did today. Especially in the first half,” Yoeli Childs said on his Bryant’s impressive game.

Childs had a double-double himself, putting up 15 points and 10 rebounds. Hardnett and Haws joined Childs and Bryant as the only other players to score in double digits scoring 11 points each.

The Cougars take on San Diego at home in the Marriott Center Saturday, Jan. 20 at 7 p.m. MST. It will be broadcast on BYUtv.