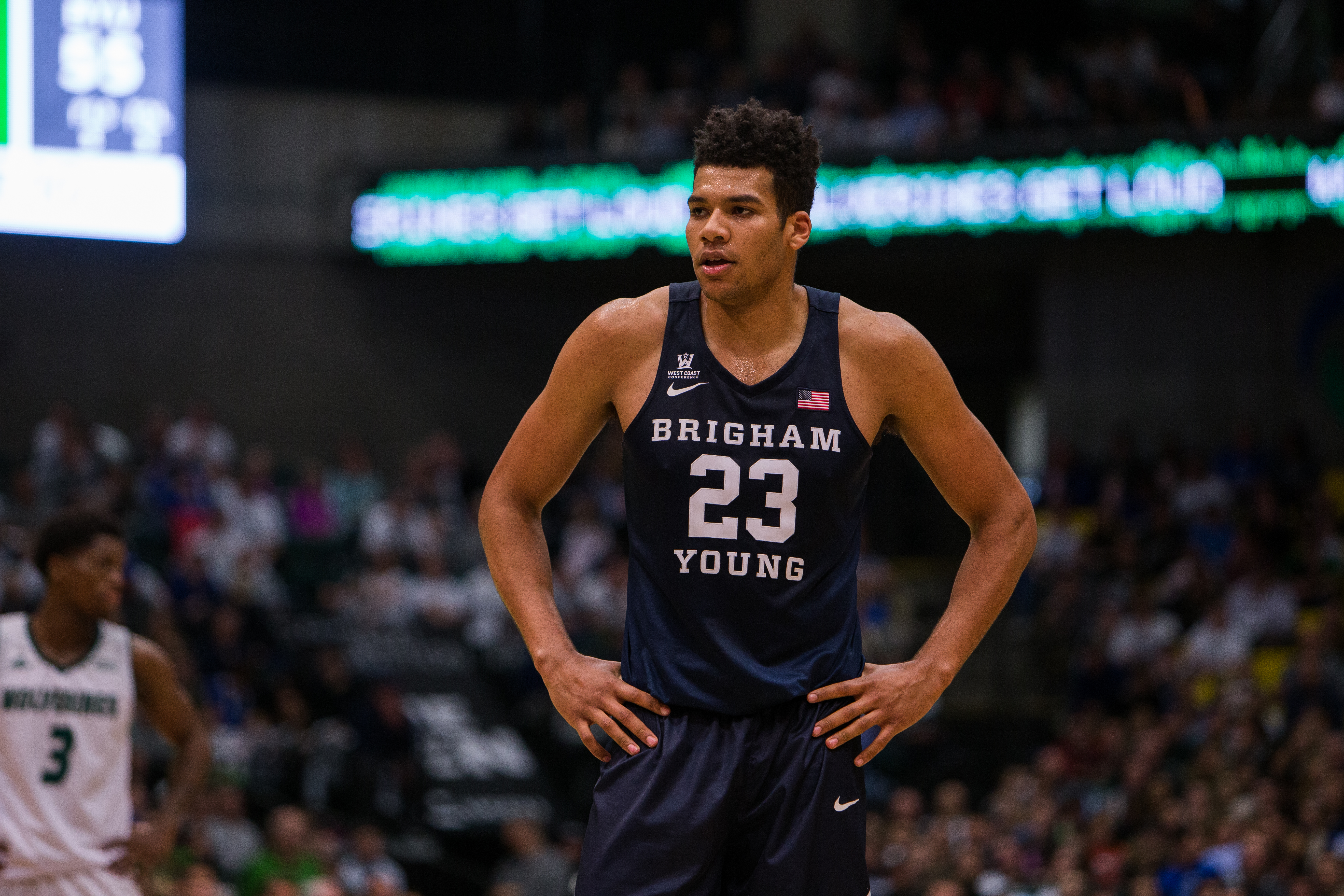 “These guys all played so well individually and collectively,” said coach Dave Rose. “We played maybe our best game from beginning to end tonight.”

BYU shot a season-high 62 percent from the field tonight while holding the Broncos to just 34 percent. Childs had 22 points, 13 rebounds, and a career-high eight assists. Bryant also had an impressive stat line with 14 points and 12 rebounds.

Midway through the first half, Jahshire Hardnett made a three and Luke Worthington made one off the glass to get a 29-16 lead.

BYU broke their first-half shooting percentage record this game, shooting a 79.2 percent, connecting on 19 of their 24 shot attempts.

TJ Haws hit two threes near the end of the half to take the Cougars into the locker room with 46-28 lead.

Haws came back after halftime to hit another two 3-pointers, giving him 14 points.

With 10 minutes left in the game, Childs made his eighth assist to Zac Seljaas to make it a 30-point lead, bringing the Cougars up 66-36.

BYU slid easily through the rest of the game, ending with an 84-50 blowout. The 34-point margin is the largest of the season for the Cougars.