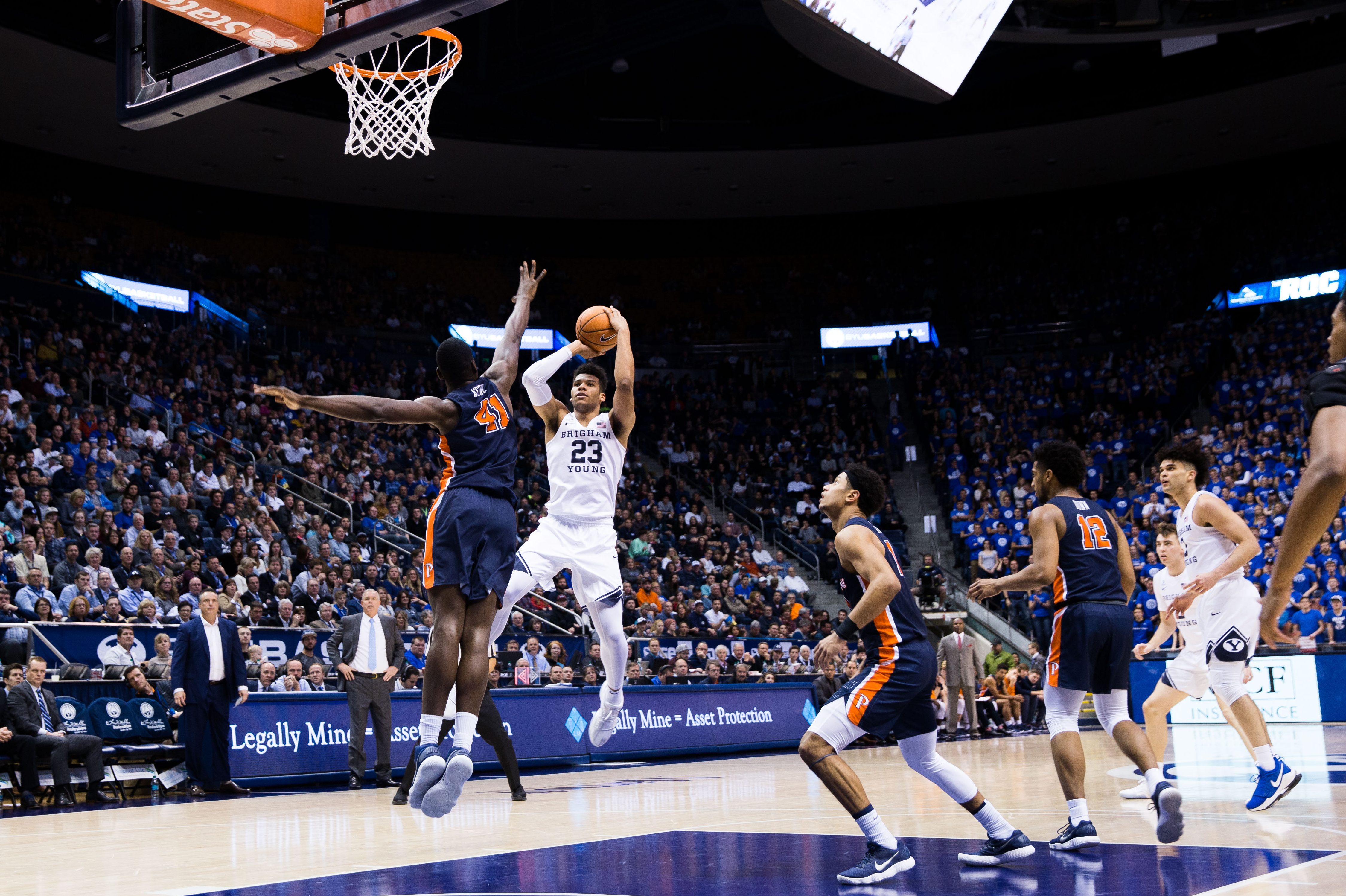 The Cougars came back to Provo with a big 83-63 win against Pepperdine, after a devastating loss to Pacific last week. BYU improves to 3-2 in conference play and 14-4 overall.

Zac Seljaas made his first start since November, forming part of a young starting lineup, including four sophomores and one junior.

“We’ve played four league games and hadn’t scored 70 points,” said coach Dave Rose on the lineup change. “So we did it to spread the floor.”

BYU scored in the first few seconds, with a foul putting Yoeli Childs at the free-throw line. Childs scored the first three points and stacked on a quick assist to get the Cougars going.

After the explosive start, the game got quiet when Pepperdine went three straight minutes without scoring, followed by three consecutive dunks by Childs, and eight straight points for the Cougars.

Childs, Bryant and Haws had all but four of BYU’s points in the first half. Childs and Bryant each had 14.

Bryant got hot with two 3-pointers, including this assist from Haws.

BYU shot 61 percent from the field in the first half. That is a first-half season high for BYU. Pepperdine also shot a respectable 56 percent.

The second half was just as good, if not better, on offense for the Cougars. Bryant got it started with back-to-back 3-pointers, giving him 20 points early in the game. He ended up with five threes in the game.

“He’s a match-up nightmare,” said Childs on Bryant’s impressive play. “He can play from all three parts of the court.”

Early in the second half, Jahshire Hardnett got into foul trouble, which pushed the Cougars to start relying more on the bench.

BYU kept pushing its lead throughout the second half, with almost every player taking part in the 83 total points scored.

The intensity of the BYU offense remained high in the second half. Pepperdine could not bring the scoring gap down, no matter how hard they pushed.

“We made nice adjustments at halftime,” Rose said. “We came out much more aggressive.”

The Cougars hope to keep up the aggression in conference play as they travel to Santa Clara to play the Broncos Saturday, Jan. 13 at 9 p.m. PST. The game will be televised on BYUtv.