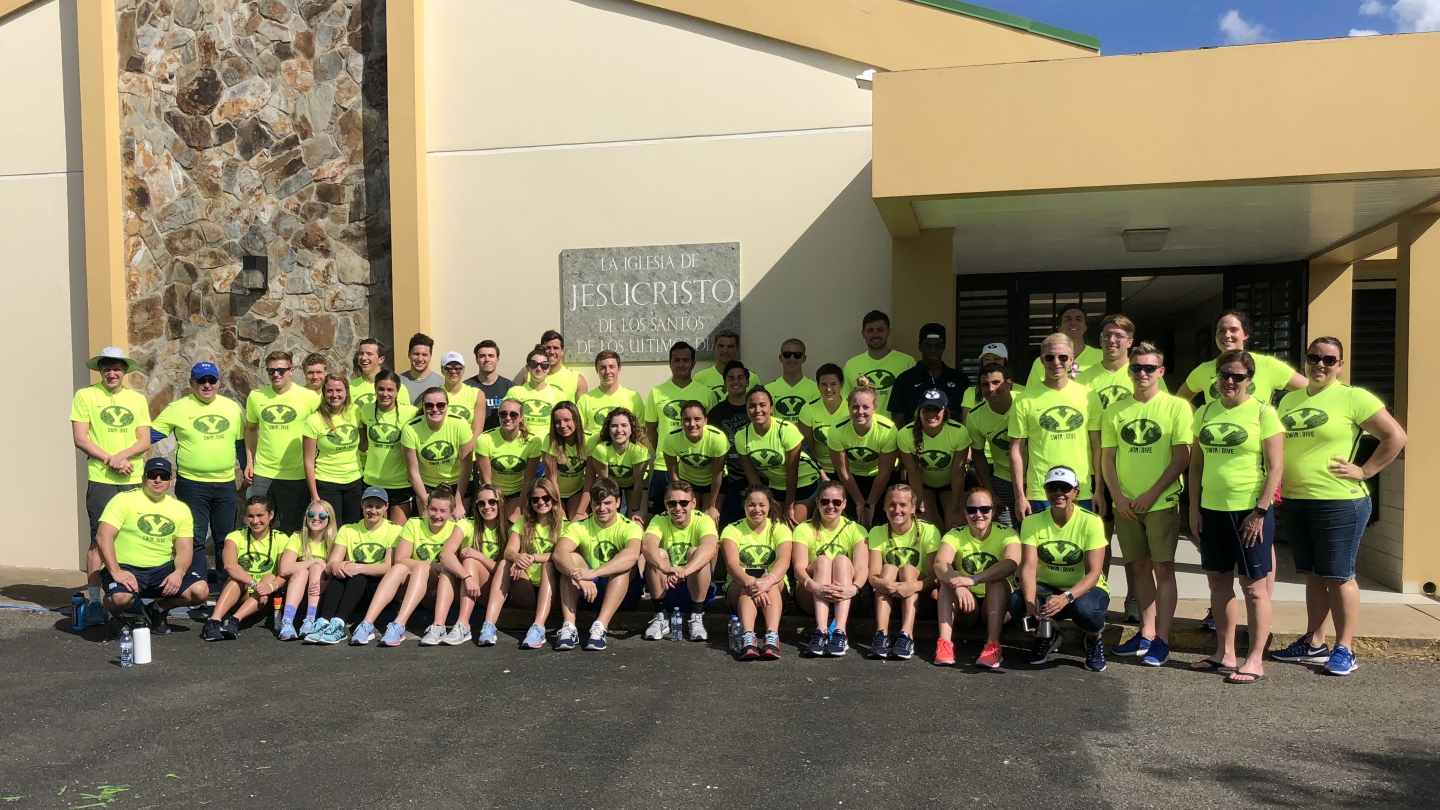 The BYU swim and dive team used its winter training as an opportunity to serve Puerto Ricans devastated by Hurricane Maria.

Coach John Brooks was originally concerned about the hurricane’s effect on the trip, which had been scheduled before the storm hit.

However, Brooks investigated further and found the team would be able to get by.

“They had a place for us to stay, they had electricity, they had clean water, they had a pool for us to train at and they had food to eat,” Brooks said. “We didn’t need cellphone service, Wi-Fi or TV. Basic necessities were met.”

The Cougars provided service to the local community of Puerto Rico in a number of ways. They handed out water filtration systems, cleared debris and helped boost the economy by staying at a local hotel.

“Every person we came in contact with was so appreciative that we came and helped them,” Brooks said. “They told us it gave them hope and faith that it would be OK. It was almost overwhelming to constantly hear. The devastation is unreal, and we went to the least impacted part of the island.”

Many of the athletes were deeply affected by the opportunity to serve those in the area.

Sophomore James Sorensen said residents ran out of their houses to offer the students water when they cleared out an area.

“They were so thankful for all the help we were giving them,” Sorensen said.

“I have already heard from a lot of the swimmers that it was a highlight of their life,” Brooks said. “Some of the freshmen had never been outside of Utah, so being able to experience a different culture was an unforgettable experience.”

The Cougars also trained during the trip. They spent much of their time at Mayaguez University of Puerto Rico at the RUM Natatorium, the only aquatic facility up and running on the island.

In the RUM Natatorium, they were able to practice in the facility’s three pools: a 50-meter Olympic pool, a 25-by-25 meter warm-up pool and a 25-by-35 meter diving pool.