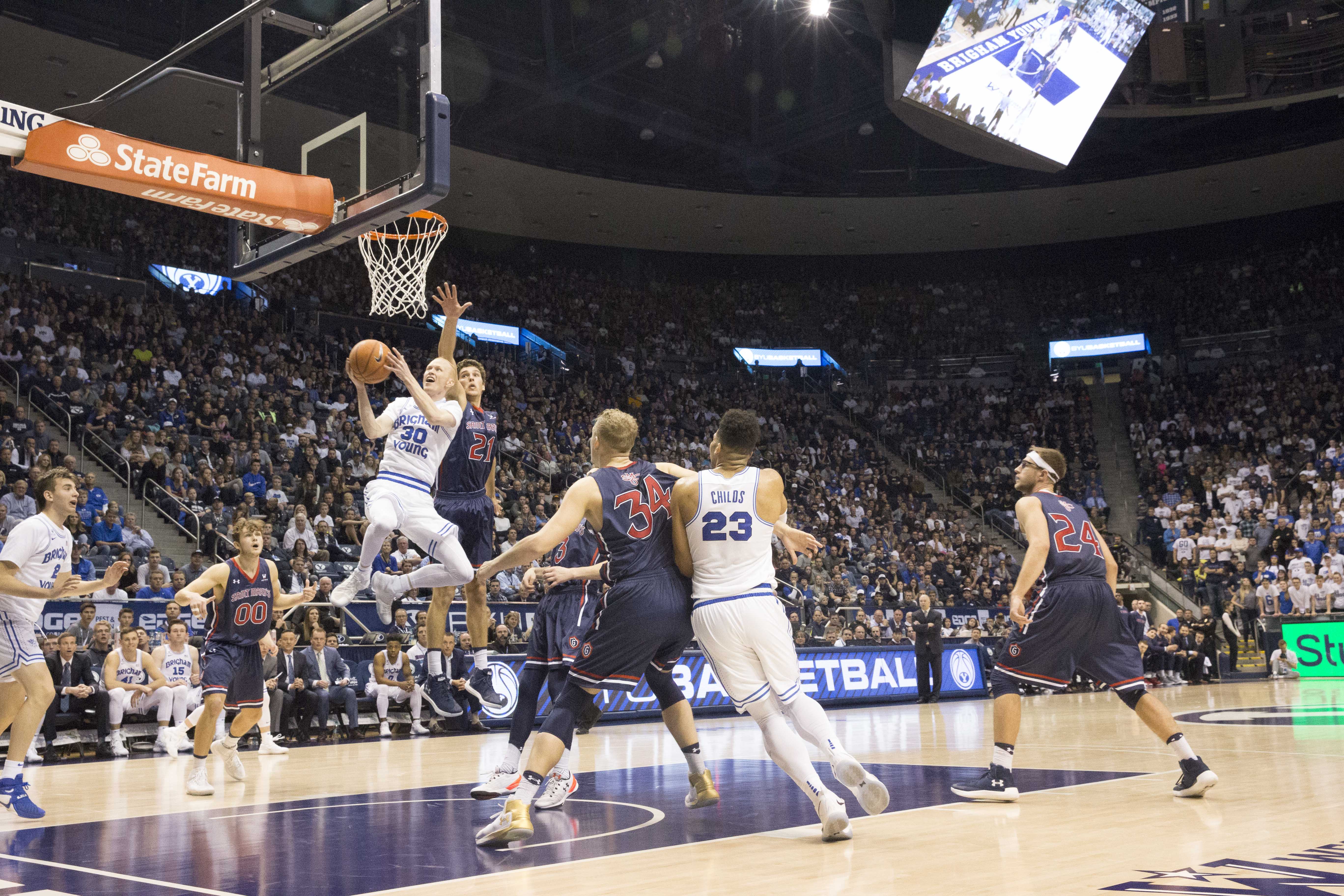 BYU lost its first game in the month of December 74-64 to the Saint Mary’s Gaels in overtime.

After ending the game tied 60-60, the Gaels outscored the Cougars 14-4 in the extra five minutes to end the BYU win streak at nine.

Both teams opted to start the game in the paint, giving star forwards Yoeli Childs and Jock Landale a chance to battle it out down low.

The game remained close, with BYU leading 7-5 at the first timeout, five minutes into the first half.

Landale hit his first six shots in a row, allowing Saint Mary’s to take control midway through the half.

Childs gave his best effort to match the Australian big man, putting up nine points and five rebounds in the same period.

BYU went the final four minutes of the half without a field goal, and Saint Mary’s went on an 8-0 run to tighten the gap to 31-29 at the half.

The normally sharpshooting Saint Mary’s offense went just 3-for-13 from three in the first half, while BYU hit four of its nine attempts from distance.

BYU’s defense had six steals in the first half alone, and forced eight turnovers on a Gaels team that holds the second-lowest turnover percentage in the nation.

An and-one by Childs gave BYU a 38-30 lead early in the second half, after Saint Mary’s missed its first six shots in a row.

Landale’s hot shooting continued, bring the Gaels back within three midway through the second half.

Bryant hit a shot with eight minutes left to make him the only other player in double-digits and give BYU a 50-46 lead.

A straight-on 3-pointer by Bryant gave BYU a 55-49 lead and forced a Saint Mary’s timeout with 4:56 left in the game.

With the game tied at 60, Zac Seljaas missed a 3-pointer to send the game to overtime, BYU’s first of the season.

The Gaels outscored the Cougars 14-4 in overtime to come away with the win at the Marriott Center.

“I think we’re learning,” Haws said. “And I wouldn’t doubt us down the road.”

Landale finished with 31 points and 13 rebounds, while Childs had a career-high 29 points and 10 rebounds.

“It’s a good way for us to refocus,” said Childs on the loss. “Now we can get in the gym and just work our butts off.”

The Cougars drop to 12-3 on the season, and look to right the ship at San Francisco on Jan. 4 against the Dons. The game tips off at 9 p.m. MST and will air on AT&T SportsNet.