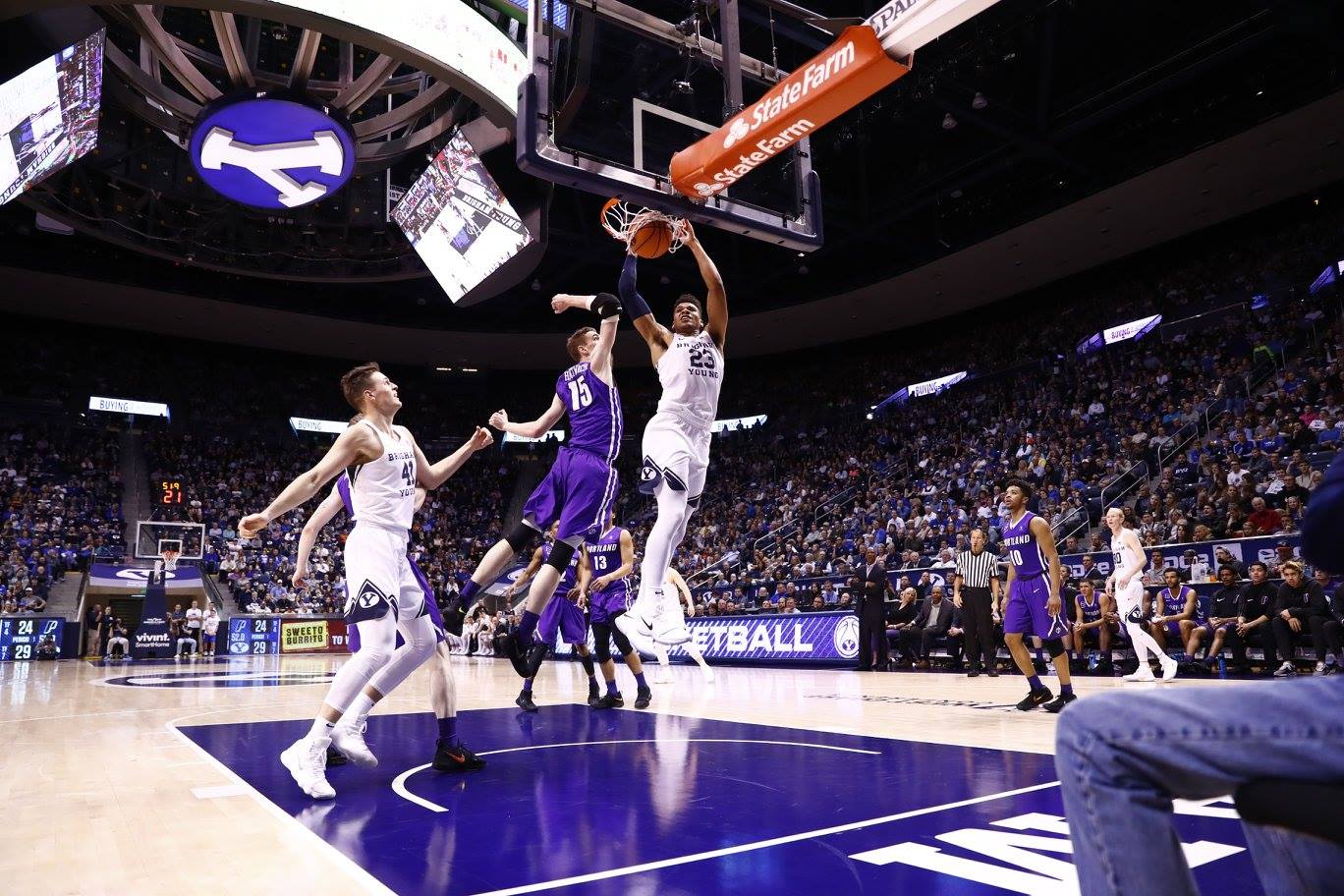 BYU beat Portland 69-45 at the Marriott Center in its first conference game of the season. The guard-forward combo of Elijah Bryant and Yoeli Childs couldn’t be stopped, as both achieved 20-point double-doubles on the night.

“Elijah and Yoeli were great on both ends of the floor for us,” said coach Dave Rose. “They were a huge lift.”

The Cougars stayed in control and went on another run, this time seven straight points, to take their biggest lead, 19-11, with 8:55 left in the period.

The Pilots brought it within one in the final five minutes after four quick turnovers by the Cougars.

Two consecutive baskets by Childs, however, kept the Cougars in control.

Back-to-back dunks by the sophomore forward gave the Cougars a 31-24 lead at the half. He led all scorers with 14 points, and brought down five rebounds as well.

Bryant contributed all around for the Cougars in the first half as well, putting up nine points and seven rebounds.

BYU went just 1-for-9 from three in the first half, but pounded the ball inside with 20 points in the paint. They also led in the rebound category 21-14 at the half.

Portland took advantage of BYU’s shooting woes to bring it within one early in the second half.

BYU struggled to take control, going just 1-for-12 from three and turning the ball over at crucial moments.

Childs’ dominance down low continued for the Cougars, however, as he got his sixth double-double of the season with 12 minutes left in the game, and finished with a career-high 26 points and 13 rebounds.

The most impressive statistic, however, may be the fact that he was called for only foul in his 35 minutes of play.

Bryant also finished with a double-double, putting up 22 points and a career-high 15 rebounds.

Coach Dave Rose called Bryant multi-faceted, and complimented his aggressive determination in driving at the rim.

A free throw by Childs gave BYU its largest lead, 50-39, with nine minutes left in the game.

A 10-3 run by the Cougars late in the second half allowed them to seal the win, leading by double-digits for the remaining minutes.

Portland missed its last 11 3-pointers, a crucial part of its game this season, and simply couldn’t keep up with BYU late in the game.

TJ Haws put together a solid outing in his own right, contributing eight points, six rebounds, and four assists.

The Cougars have a quick turnaround for their next game, taking on Saint Mary’s Saturday, Dec. 30 at 2 p.m in the Marriott Center. The game will be broadcast on ESPNU.