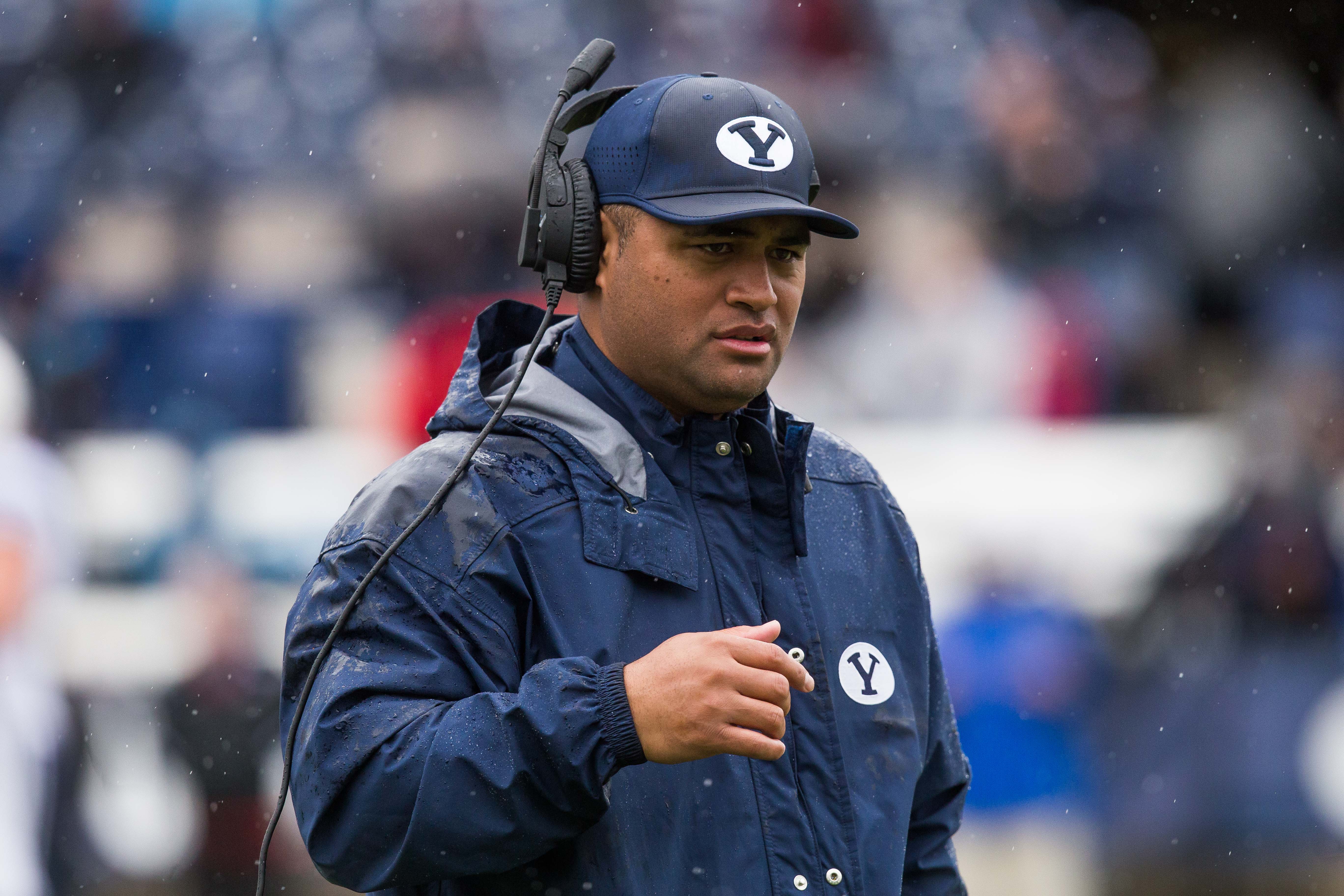 BYU running backs coach Reno Mahe announced his departure from the football staff Wednesday in a thank-you note to fans posted on his Twitter.

Though the change has not been made official by BYU football, Mahe’s language in the note makes it clear his time at BYU has come to an end.

Mahe coached the running backs for two years at BYU, helping Jamaal Williams to his record-breaking season in 2016, and dealing with a variety of injuries and shake-ups to the running game in 2017.

With a new offensive coordinator being named in Jeff Grimes on Dec. 14, several changes to the coaching staff were to be expected.

Mahe mentions in the note he is “excited for this new chapter” in his life, but does not specify where his career will take him next.

He also thanked the BYU community for supporting him during the time of his daughter Elsie’s passing last year.

This story will be updated as official announcements are made.