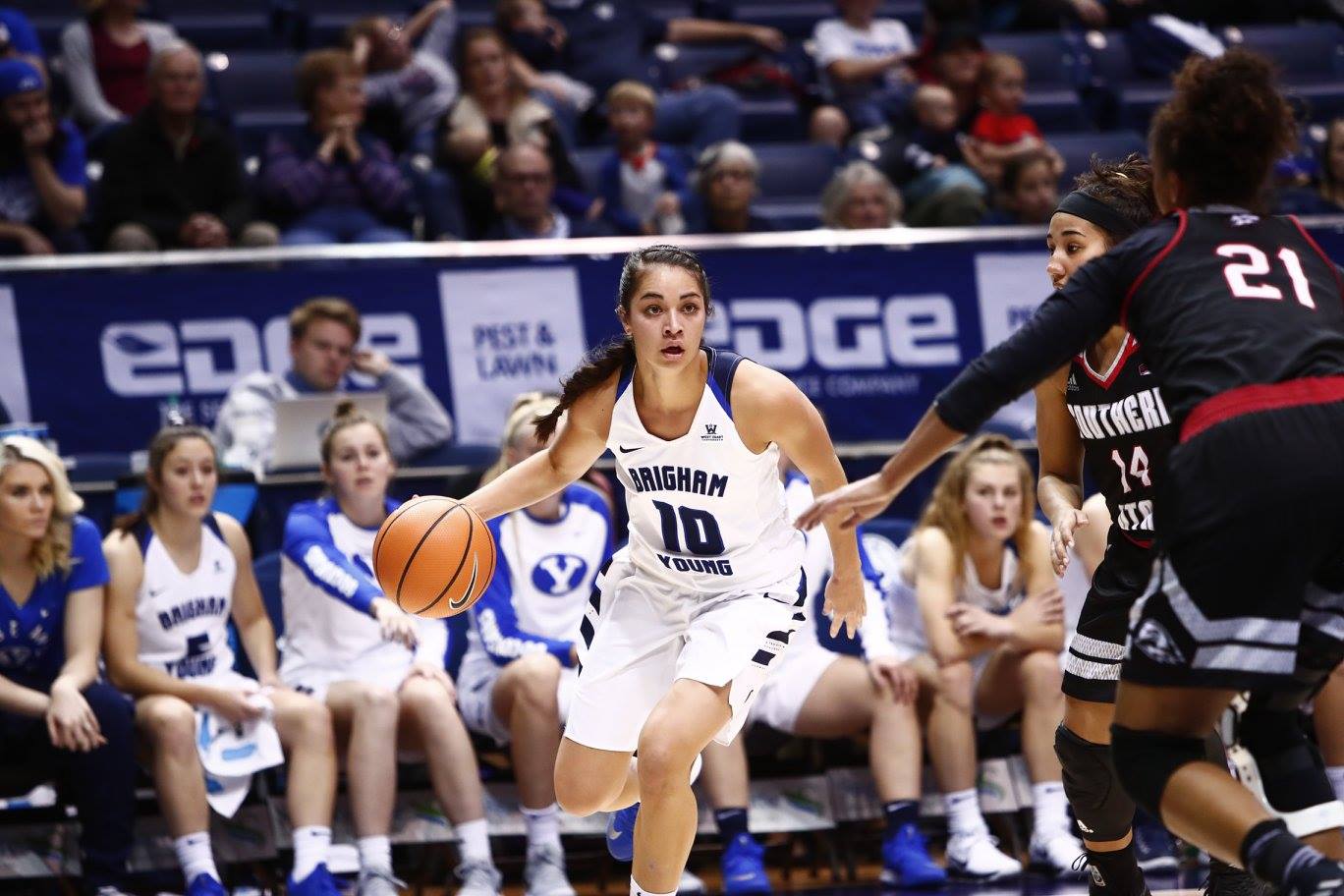 BYU women’s basketball bounced back from a 25-point loss to Cal to beat Montana State 75-54 in Provo.

The Cougars led for less than five minutes of the first half, going just 1-for-9 from three prior to halftime.

The Bobcats on the other hand, hit six 3-pointers and won the rebound battle in the first two quarters.

BYU went on an 8-0 run, however, to close out the second quarter, taking advantage of five consecutive turnovers by the Bobcats. They had 11 total in the first half alone.

Both teams’ leading scorers had nine points in the first half – Cassie Devashrayee for the Cougars and Hannah Caudill for the Bobcats.

BYU started the second half with a personal 6-0 run from Devashrayee. She finished with 17 points and seven assists.

Tight defense, including a monster block from 6-foot-7 center Sara Hamson helped keep the Bobcats at bay in the third quarter.

The Cougars hit 46 points with 3:30 remaining in the third quarter, surpassing their game total of 45 against Cal in the Dec. 16 loss.

A 3-pointer by Maria Albiero capped off a 9-0 run for the Cougars, giving them their largest lead, 53-37 with 1:30 left in the third quarter.

At the end of the third quarter, BYU had 17 assists, and Montana State had 17 turnovers. BYU led 56-39 going into the final period.

BYU took a 21-point lead early in the third quarter off of a 3-pointer from Brenna Chase. She finished with 14 points and five assists.

“It was a huge win for us,” said Chase. “We went over some key points before the game, and we were really able to implement those starting in the second quarter.”

The Bobcats finished with 22 turnovers, with the Cougars scoring 26 points off of the mistakes.

On the offensive end, BYU racked up 22 assists, had only eight turnovers, and shot 50 percent from the field.