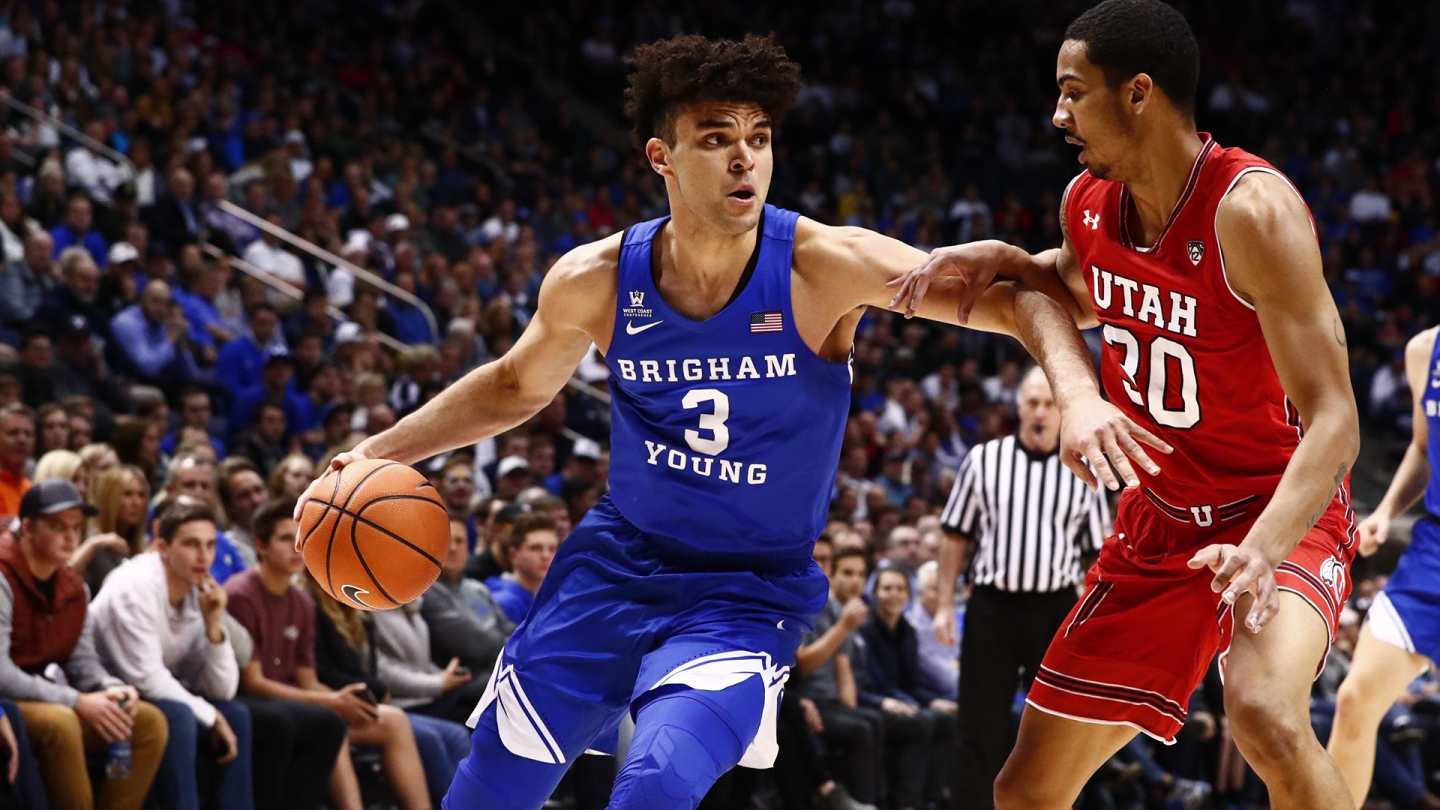 Elijah Bryant had 29 points and nine rebounds in a 77-65 victory over rival Utah in the Deseret First Duel.

The win snapped a 10-game BYU losing streak to Utah in football and basketball.

BYU is 4-0 against in-state opponents this season, and ride a six-game win streak overall.

BYU came out ready on defense, getting four stops in a row after the opening Ute 3-pointer from Sedrick Barefield.

TJ Haws went down hard in the paint, and Utah got a basket by David Collete to take the 5-4 lead early in the first half.

Yoeli Childs had all four of BYU’s points to start, followed by a three minute scoring drought for the Cougars in which they missed five shots in a row.

It was a back-and-forth affair early on until BYU took its largest lead of 13-9 early off a three from Elijah Bryant. They would never lose the lead for the rest of the game.

Eli Bryant gets the roll and has the first @MountainAmerica #MACU3 of the night!!#BYUhoops #GoCougs pic.twitter.com/TQYrXimIzs

Despite the rivalry atmosphere the game was mostly cordial to start out.

The first tense moment didn’t come until midway through the first half when Zac Seljaas went down hard after going for a rebound.

Bryant came over to defend his teammate as multiple Utes collapsed on him to get the ball. The play ended peacefully with Utah taking the ball out of bounds.

After a series of defensive stops, BYU took a 23-11 lead off of back-to-back Childs baskets as part of a 10-0 run.  He had 10 points and five rebounds midway through the first half.

Collette stopped the bleeding with a dunk over Seljaas, but the BYU sophomore immediately responded on the other end with a spinning layup.

Collette continued to give the Utes the energy they needed to stay in the game.  He refused to give up on a play when Childs appeared to have stolen the ball, and took it back for a layup.

BYU led for most of the first half, despite not getting to the free-throw line until the final five minutes.

BYU went scoreless for a couple minutes, before Childs got inside for a slam to energize the crowd.

The lead was then cut down to single-digits again off a Rawson put-back layup for Utah.

BYU led 37-28 at halftime, with Bryant leading team with 13 points and three assists.

Shooting accuracy was really the only difference between the teams in the first half, with Utah going just 2-for-12 from three, and BYU 5-for-10.  They were almost equal in rebounds, assists and turnovers.

Utah cut the lead to five early in the second half, but Bryant hit his fourth 3-pointer of the night to silence the growing Utah chants.

BYU got hit with two charging calls in a row, but its defense on the other end created enough turnovers to keep the team in control.

The Cougars led in the steals category 7-2 five minutes into the second half.

Childs went down with 15 minutes left in the game holding his left leg.  He wasn’t able to put any weight on it as he was helped to the locker room.

The Utes went on a 9-4 run to cut the lead down to five again, before Payton Dastrup got his own put-back layup.

Childs came back to the bench and re-entered the game with 11:05 left in the half.  The team said he was suffering leg cramps and had to get it massaged out.

Bryant pushed the lead to 12 midway through the half, staying aggressive in the lane and making important hustle plays.

Utah’s second-leading scorer on the season, Justin Bibbins, fouled out with just three points late in the second half.

Dastrup continued to flourish in the second half, going 2-for-2 from three and drawing a timely charge with 7:30 left in the game.

Bryant helped the Cougars stay hot from three, hitting his fifth of the night with five minutes left in the game.  They finished with 10 on the night, shooting 50 percent from the arc.

“It can be anyone’s night, any night,” said Bryant, emphasizing the team-first nature of this team

The ROC student came out in droves for the rivalry matchup, the first in Provo since 2014.

“I give credit to the ROC,” said Dastrup, who fed off the crowd’s energy. “They’re the best in the nation when they come out in full force.”

Fans will have another opportunity to come out when BYU takes on Idaho State Thursday, Dec. 21 at 7 p.m. in the Marriott Center.