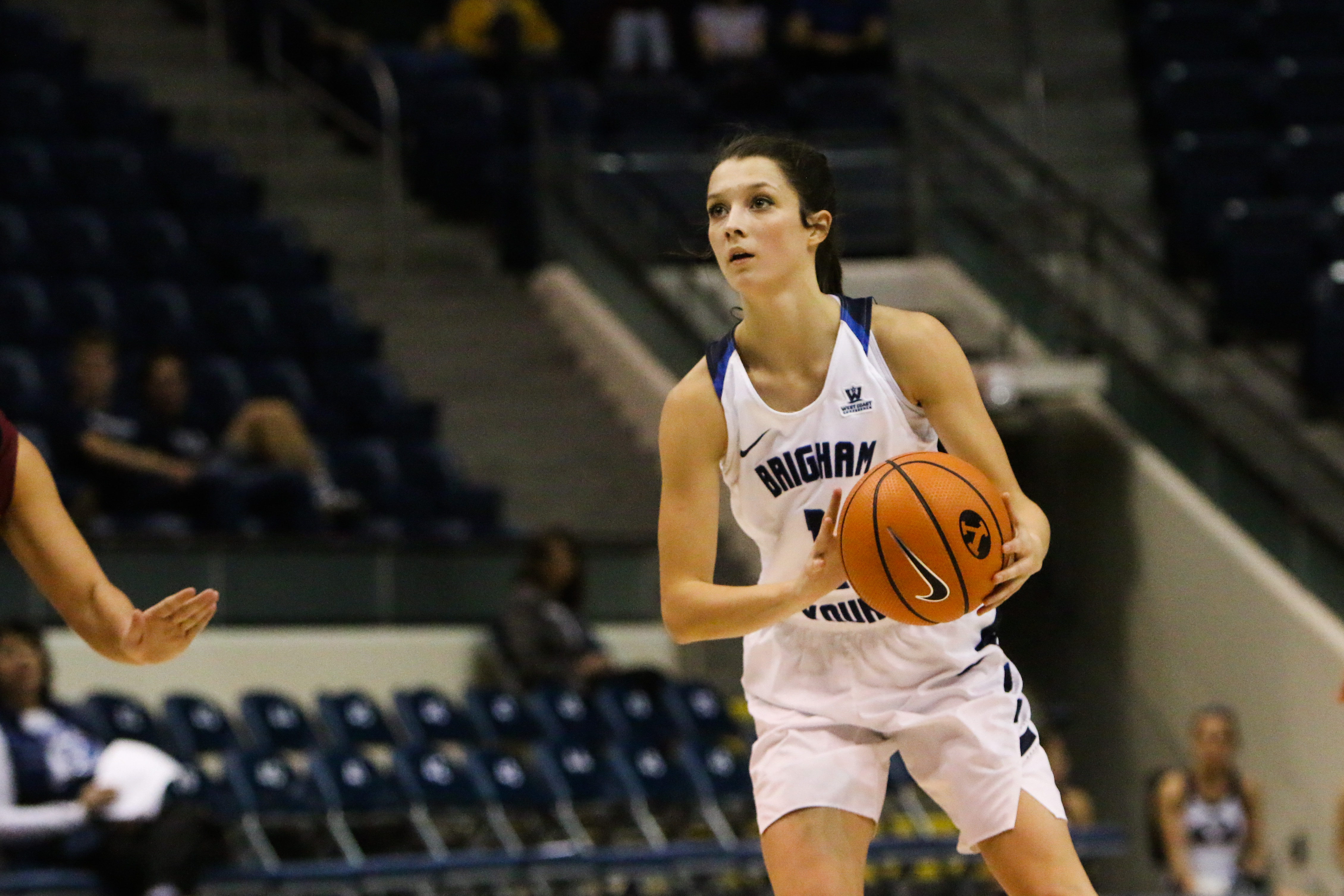 BYU women’s basketball guard Brenna Chase is only seven games into her sophomore year, but she is already taking charge as a leader on both ends of the floor.

Chase, a native of Thornton, Colorado, started zero games last year, and averaged less than 14 minutes on the court.

This year she has started every game so far, and averages the third-most minutes on the team with 34 per game.

Though originally a point guard, Chase has logged most of her minutes at the shooting guard position, with senior Cassie Devashrayee taking the majority of the ball-handling duties.

The increase in minutes and a new position have allowed Chase’s shot-making abilities to flourish.

She is second on the team in scoring with 14 points per game, and has also made the most 3-pointers on the team this season.

Chase is scoring 10 more points-per-game this season, while also shooting the ball better from every spot on the floor, including the free-throw line.

On the other end of the floor, Chase leads the team in steals with 18 in seven games.

“My job is to hit shots when I’m open, and get back and play tough defense,” Chase said.

Beyond the numbers, however, Chase is also contributing as an example and leader on the court.

“I got to play behind some great players last year – Makenzi (Pulsipher) and Cassie (Devashrayee),” Chase said of her role models. “Their leadership has really helped me come to where I am.”

This year, Chase and Devashrayee are always the first players the coaches go to when they need to adjust the game plan or call plays during a game.

“She has come along a lot faster than I anticipated,” said coach Jeff Judkins. “I know she can shoot and score, but her defensive presence has been really great.”

“All of our coaches are great,” Chase said. “They’ve helped me become the player I am today.”

On Nov. 25 against Georgia, Devashrayee had to spend more time on the bench than normal due to foul trouble, and Chase was given the keys to the offense in crunch time.

“She seemed like she wasn’t scared and she played her game,” Judkins said.

BYU ended up losing the game, but Chase had 15 points and four assists against a tough Georgia defense that held the Cougars to 63 points.

When asked about her goals for the season, Chase was quick to deflect the focus away from herself and onto the team as a whole.

“I don’t have a lot of personal goals – I have team goals,” Chase said. “(We want) to win a WCC championship and get to the NCAA tournament.”

Judkins and Devashrayee also expressed their confidence that this team can make it to the tournament, with good size in the paint, an array of shooters and a deep roster.

“I’m excited to see what the season brings us,” Chase said. “I think we have a really good team that can do something special.”