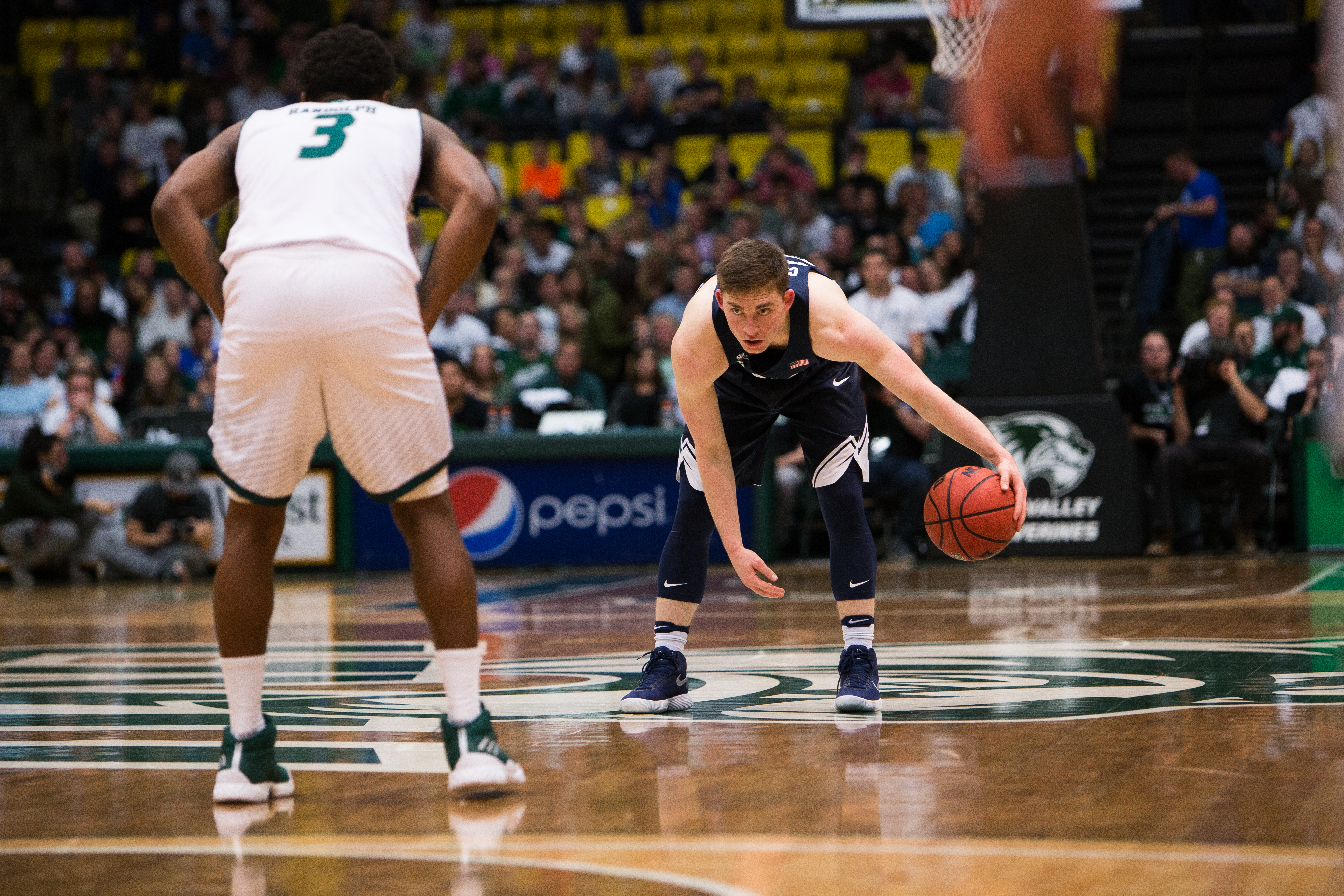 BYU beat Utah Valley University 85-58 in Orem in the UCCU Crosstown Clash to improve its record to 5-2 and get revenge on a squad that upset the Cougars at home last year.

Yoeli Childs was the story of the first half with 18 points, four rebounds and three assists. He shot 7-for-10 from the field and was a perfect 2-for-2 from three.

Childs played all but one minute in the first half and was the leader for the Cougars on both ends of the floor when TJ Haws and Elijah Bryant found themselves in foul trouble.

Yoeli Childs with his second three of the night, the teams fourth #BYUHoops #CrosstownClash pic.twitter.com/T3MN2fnnM4

Brandon Randolph led the Wolverines with nine points while playing almost the entire first half as well.

Seven-footer Akolda Manyang had an automatic mismatch in the post for UVU, but BYU found ways to get him into foul trouble and work its way around him on offense.

The Wolverines put together several defensive stops, but poor shooting and turnovers kept them from mounting a comeback. They shot below 50 percent from both the field and from three-point range and had 12 turnovers.

UVU came back with energy in the second, with former BYU player Jake Toolson scoring six quick points for the Wolverines.

The Cougar defense held pat, limiting the Wolverines to only one 3-pointer and 44 percent shooting overall.

McKay Cannon, a transfer from Weber State, took the floor for the first time in a BYU uniform, putting together a solid outing.

He had eight points, including two 3-pointers, and a game-high six assists – not to mention his defensive energy off the bench.

“I found out at 3:30 that I could play tonight,” Cannon said. “I just wanted to play hard and I think that is what I did.”

With Jahshire Hardnett now firmly in the starting lineup, BYU seems to have found its backup point guard in Cannon.

Childs finished the night with 24 points and 11 rebounds, getting his third-consecutive double-double and fourth of the season.

Despite his impressive offensive outings, Childs said he doesn’t care how many points he scores, as long as the team is doing well.

“We have the talent that if we come out and work hard we can win any game,” Childs said. “We are tough to beat when we are unselfish.”

The BYU lead grew to 25 points with five minutes left in the game, forming an insurmountable obstacle for the Wolverines.

Coach Dave Rose pulled all of his starters with a minute left in the game, and BYU would go on to win by 27 points.

“We played much better defensively tonight,” Rose said. “We made some huge strides. “Tonight was probably the first night we shot the ball from the perimeter like we are capable of and hopefully that continues.”

Haws was the only other Cougar in double-figures, with 11, but Hardnett, Bryant, and Seljaas all had eight points.

The Cougars had 25 assists on 30 made shots in what was the most complete and balanced offensive outing for the team.

Randolph finished with 16 points for the Wolverines, with Jake Toolson and Manyang joining him in double-figure scoring.

Unfortunately for UVU it wasn’t enough, as the Wolverines left 10 points at the free-throw line and were held to only one 3-pointer the whole night.

This game was a stark contrast to last year’s in the Marriott Center, when UVU hit 18 3-pointers as part of a 114-point explosion against BYU.

“I’m really disappointed in the performance that we put out there,” said UVU coach Mark Pope. “BYU just crushed us – they’re doing a great job over there and should be really proud. Credit to BYU, they were phenomenal.”

The Cougars will stay on the road for their next game, traveling to Logan, Utah, to take on the Utah State Aggies Saturday, Dec. 2. The game tips off at 7 p.m. MST and will be broadcast on AT&T SportsNet Rocky Mountain as well as BYU Radio.