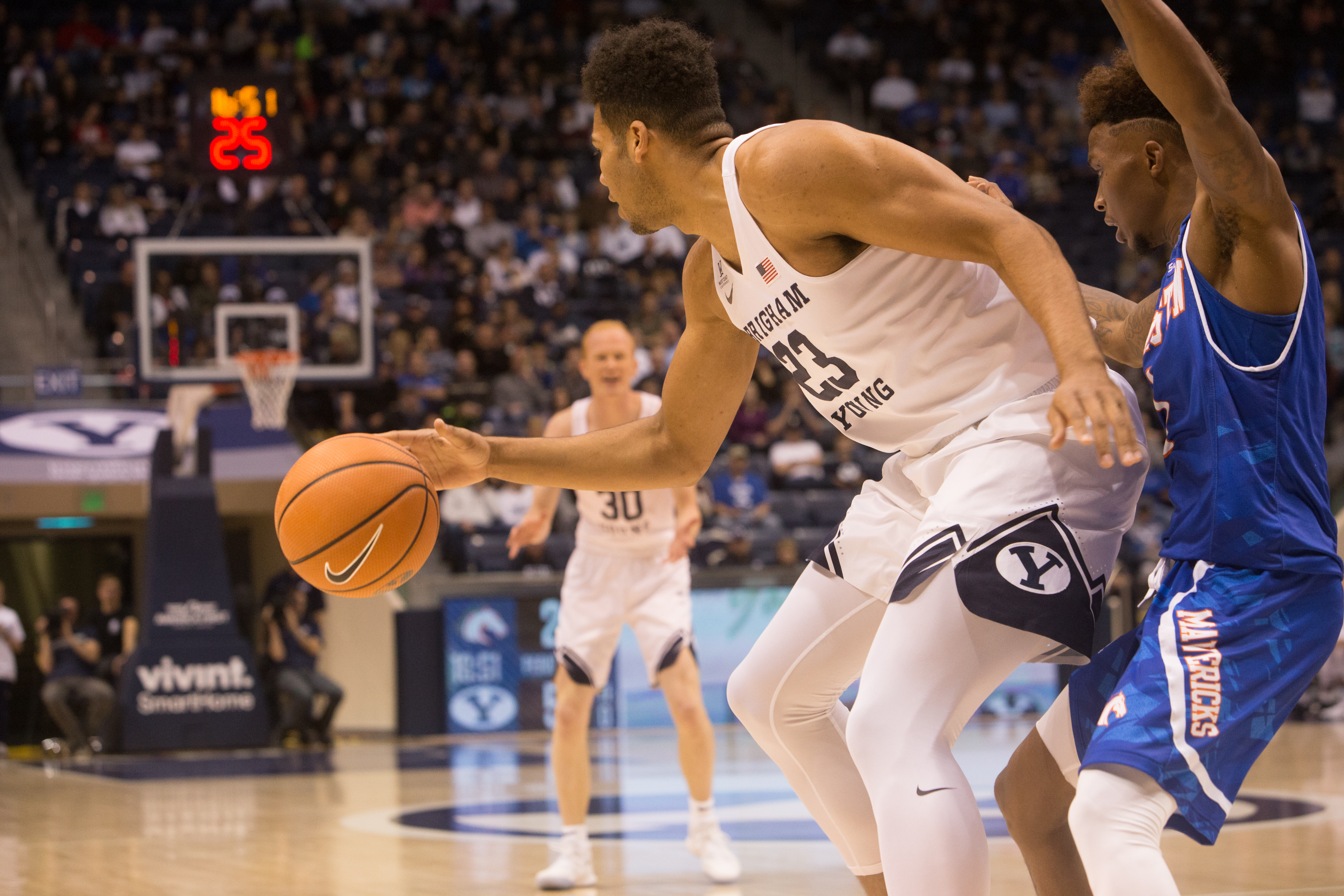 BYU men’s basketball returns to Utah this week after its trip to Brooklyn, New York, but will stay on the road with games in Orem and Logan.

No sleep in Brooklyn

The Cougars split their games in Brooklyn in the Barclays Center Classic, losing to Alabama 71-59 on Nov. 24 and coming back to beat UMass 68-66 the following day.

BYU’s poor shooting has been the story of late, as the team has depended on its perimeter accuracy.

Yoeli Childs was the anchor for the Cougars, as he has been all season, while fellow stars TJ Haws and Elijah Bryant struggled to find their shot.

Childs had double-doubles in both Brooklyn games, putting up totals of 40 points and 22 rebounds over the two games.

The supporting cast of Jahshire Hardnett, Dalton Nixon and Payton Dastrup was able to pick up some of the slack with gritty and aggressive play, extending plays and keeping the Cougars in the game much longer than they should have been.

BYU will hit the road here in Utah with games against UVU and Utah State this week, before returning to the Marriott Center to face Illinois State on Dec. 6.

ESPN’s Basketball Power Index has the Cougars losing both of their games this week, so it will take a whole team effort to defy the odds and come out on top.

Look for Childs to continue his strong play, and Haws and Bryant to get some of their shooting mojo back when they return to the familiar Utah environment.

The Cougars will first take on the Utah Valley Wolverines Wednesday, Nov. 29 at 7 p.m. in the UCCU Crosstown Clash in Orem. The game will be broadcast on BYUtv.

The Wolverines upset BYU in Provo last season, beating the Cougars 114-101.  UVU is 4-2 on the season, and match up almost identically with BYU in every statistical category.

The Cougars have a slight advantage in blocks-per-game, with a larger front line and more dynamic post presence.

Childs will be key against the crosstown rival, and he will have to come out and be aggressive, just as he was against UMass when he started the game on a 9-0 run of his own.

Perimeter defense, a focus for this Cougar squad, will be crucial against a UVU team that lives and dies by the 3-point line.

After starting their season with two losses in the “Toughest 24” against Kentucky and Duke, the Wolverines won three games in a row, scoring over 80 points in each game.

The game will be a good test of how BYU’s defense is looking early in the season, and where they can improve. Both coaches and players have expressed a greater commitment on that end of the floor this year.

On Saturday, Dec. 2, the Cougars travel to Logan to take on the Aggies at 7 p.m. MST. ESPN also has the Cougars losing this matchup, but by a smaller margin than the UVU game, making it a toss-up for all intents and purposes.

The Aggies held three of their opponents to under 70 points this season, and are also beating BYU in the rebounding category.

The Cougars have the advantage on the offensive end, and if the shots are falling, should be able to outscore the Aggies without too much trouble.

Look for the BYU “Big 3” of Bryant, Haws and Childs to come together for a solid win in Logan.

USU point guard Sam Merrill, from Bountiful, Utah, is the only Aggie averaging over 30 minutes a game and is putting up solid numbers of 14 points and four assists per game.

BYU’s perimeter and guard defense will once again need to need to be top-notch against the Aggie squad, providing two good tests in two games for the Cougars.