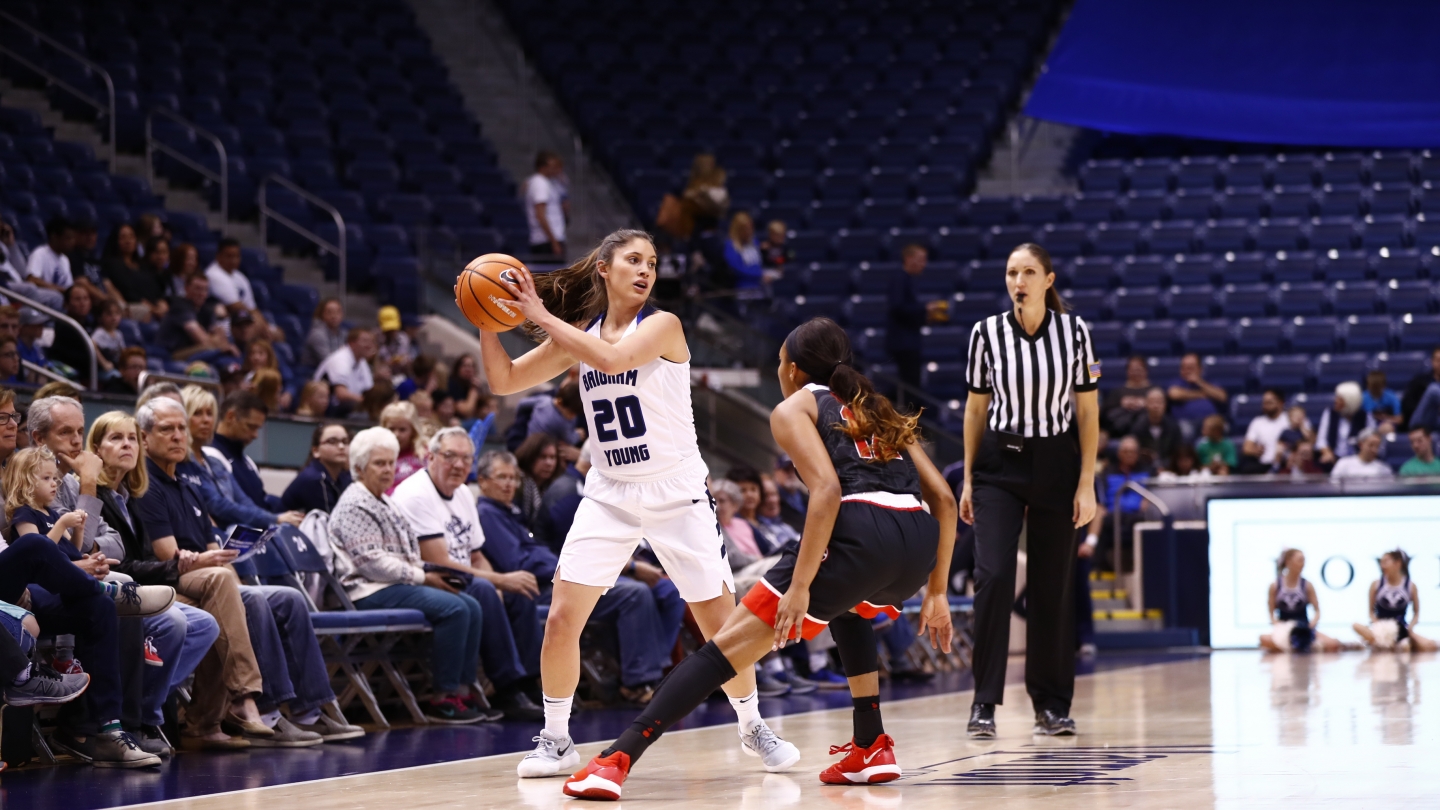 A fourth quarter run led by Cassie Devashrayee wasn’t enough to lift the Cougars over a Georgia squad that defeated the Cougars 79-63 Saturday.

“It’s tough to lose at home,” said coach Jeff Judkins. “Georgia is a very good team – I was really impressed with their bigs.”

BYU kept it close in the first quarter, but the Bulldogs pulled ahead in the second on a 14-0 run.

“We didn’t do the things we needed to score,” Judkins said. “And defensively, we made a lot of mistakes.”

The Cougars managed to bring the lead back down to single-digits in the fourth quarter on the backs of Devashrayee and Malia Nawahine.

“As a team, we decided it was time to come together and stop playing around,” said sophomore guard Brenna Chase.

She had 15 points in the game – the only Cougar in double-figures besides Devashrayee, who finished with 21.

“I’m proud of my team for trying to come back,” Judkins said. “They could have just folded.”

The 21 turnovers and 35 percent shooting from the Cougars were too big a hole to climb out of, however, and the Bulldogs ended up winning by 16 points.

One bright spot for the team was 6-foot-7 freshman center Sara Hamson, who came alive in the second half with a couple of and-one plays. She finished the game with seven points and five rebounds.

“Hopefully this game will help us in the future,” Judkins said. “We saw potential, we just need to maintain that for a longer period of time.”

The Cougars fell to 3-2 on the season after losing their first home game of the year.

BYU travels to Colorado now, taking on Northern Colorado Nov. 30 at 7 p.m. MST and Colorado State Dec. 2 at 2 p.m. MST. Both games will be broadcast on BYU Radio.