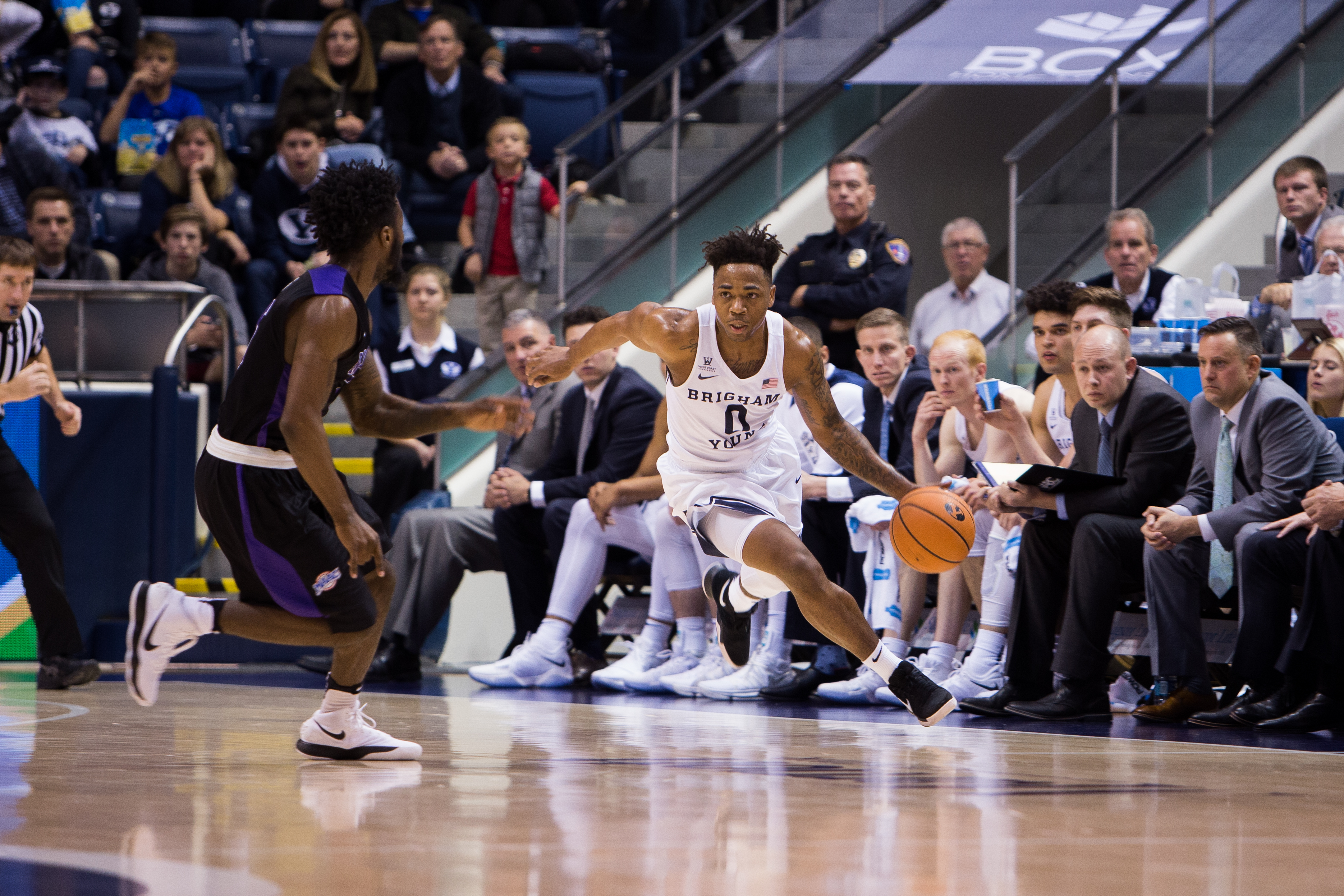 Yoeli Childs had the game-winning dunk in a double-digit BYU comeback to beat UMass 68-66 in Brooklyn, New York.

Childs, who finished with a double-double, went on a 9-0 run of his own to start the game, giving the Cougars an early lead.

The Minutemen came back to take the lead a few minutes later, and never trailed again until the final minutes of the game.

BYU struggled shooting once again, hitting only 36 percent of its total shots, and 22 percent from three.

TJ Haws, averaging double-digit points for the Cougars, went 0-for-10 from the field, and only had a single point off a free throw.

“In the first half, our effort was determined by whether we were playing well or not, and that’s totally unacceptable,” said coach Dave Rose. “It was all effort and execution in the second half, sustained over long periods of time.”

The Cougars got big minutes from sophomore big men Payton Dastrup and Dalton Nixon, whose hustle and defensive presence kept BYU in the game.

Dastrup got a big rebound and put-back bucket for the Cougars in the final minutes to give them the lead.

Elijah Bryant was the other star for the Cougars, coming alive in the fourth quarter with a 3-pointer and a steal followed by an and-one to give the team its first lead since the first half.

Bryant had three steals in the game, and went a perfect 6-for-6 from the free-throw line.

Jahshire Hardnett is settling into his starting role, putting up 10 points of the Cougars and coming away with a pair of steals as well.

On the last possession, with the game tied 66-66, Hardnett drove into the lane and dished the ball to an open Childs who then finished with an emphatic dunk to seal the win for BYU.

BYU rallied to beat UMass thanks in part to this game-winning dunk with 4.1 seconds left by Yoeli Childs. Great play by Jahshire Hardnett to get him the ball. #BYU #BYUhoops pic.twitter.com/WdB2zG9uP5

“At this time of year, you’re looking for ways to grow your team, and these kinds of wins can really help with that,” Rose said.

BYU split its two-game road trip to Brooklyn and improved to 4-2 on the season.

The team returns to Utah to take on Utah Valley at the UCCU Center Wednesday, Nov. 29 at 7 p.m. MST.