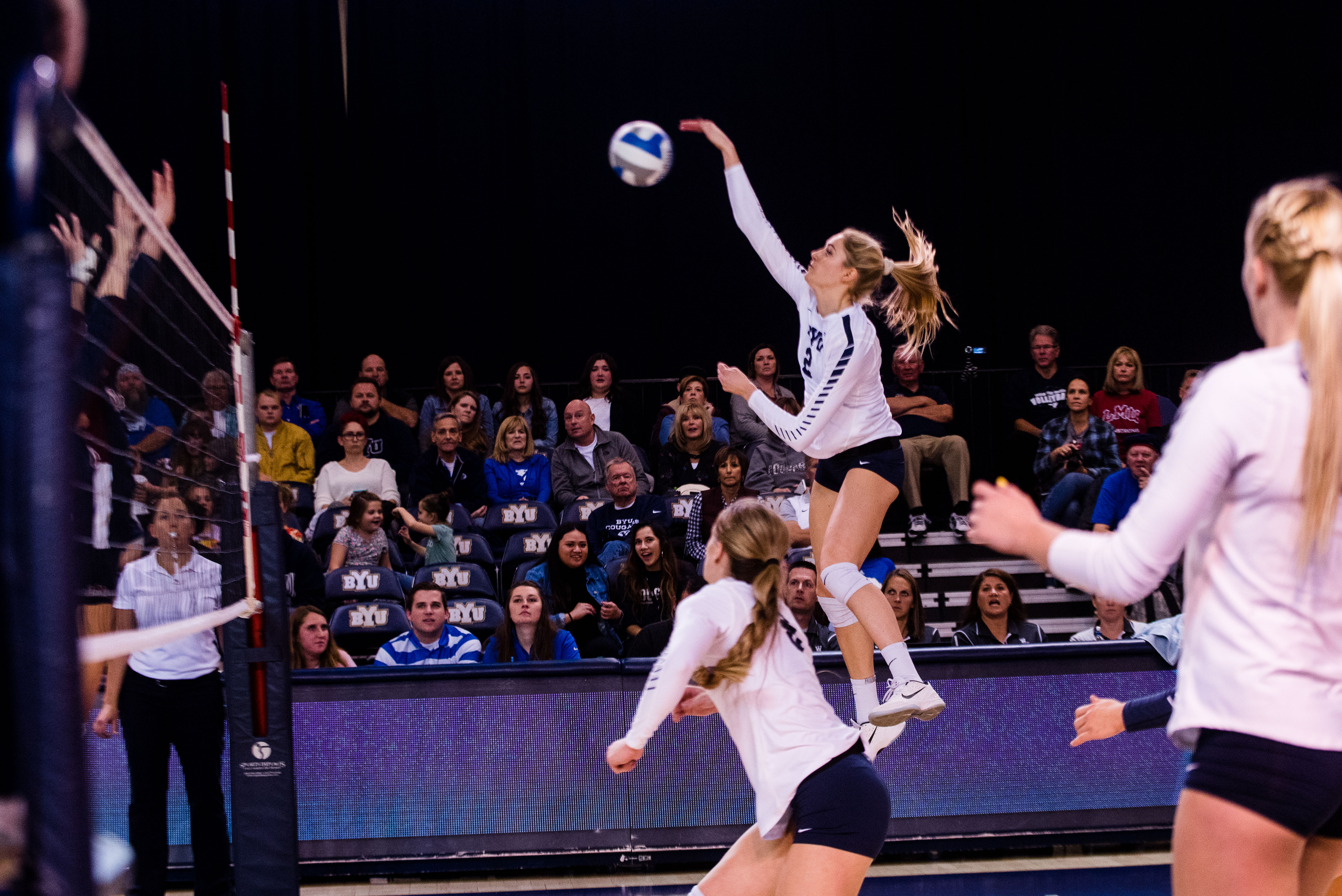 “What a great match by our team,” said BYU coach Heather Olmstead. “They were focused from the very beginning and had great energy. We were balanced offensively and defensively. I’m happy for Cosy (Burnett), Maddie (Graham) and Alohi (Robins-Hardy) that we were able to get a win on Senior Night and win the West Coast Conference.”

Seniors Burnett, Robins-Hardy and Graham were all honored for their college careers before the match began. Burnett ended her final regular season match with seven kills and six blocks.

Also noted were Veronica Jones-Perry and McKenna Miller who each had 11 kills and Lyndie Haddock, who contributed 27 assists.

The Cougars started the match with a kill from Kennedy Redding. Miller and Lacy Haddock added multiple kills to give BYU a lead at 11-7. The Cougars followed that up with an 8-2 run to give them an eight-point lead, 17-9.

Kills from Miller and Jones-Perry got BYU to set point and Burnett ended the set with a kill, giving the Cougars the 25-19 win.

BYU opened the second set with a 10-4 run before kills from Burnett and Miller pushed the lead to seven at 19-2. Two more Miller kills extended the lead and Jones-Perry ended the set with a kill.

The Lions rallied in the third set and the two teams stayed neck-and-neck until the Cougars broke away thanks to a Burnett service ace and a pair of Miller kills to put BYU ahead 10-7.

Consecutive kills from Burnett and Jones-Perry extended the Cougars’ lead to six at 16-10.

A block by Lacy Haddock and Madeline Graham ended the match at 25-16 for the Cougars, and the team celebrated another conference title.

The Cougars now await the NCAA Selection Show this Sunday, Nov. 26, at 10 p.m. MST on ESPNU, to determine their NCAA Tournament schedule.

BYU will most likely host early round matches after winning its conference and a No. 7 national ranking.