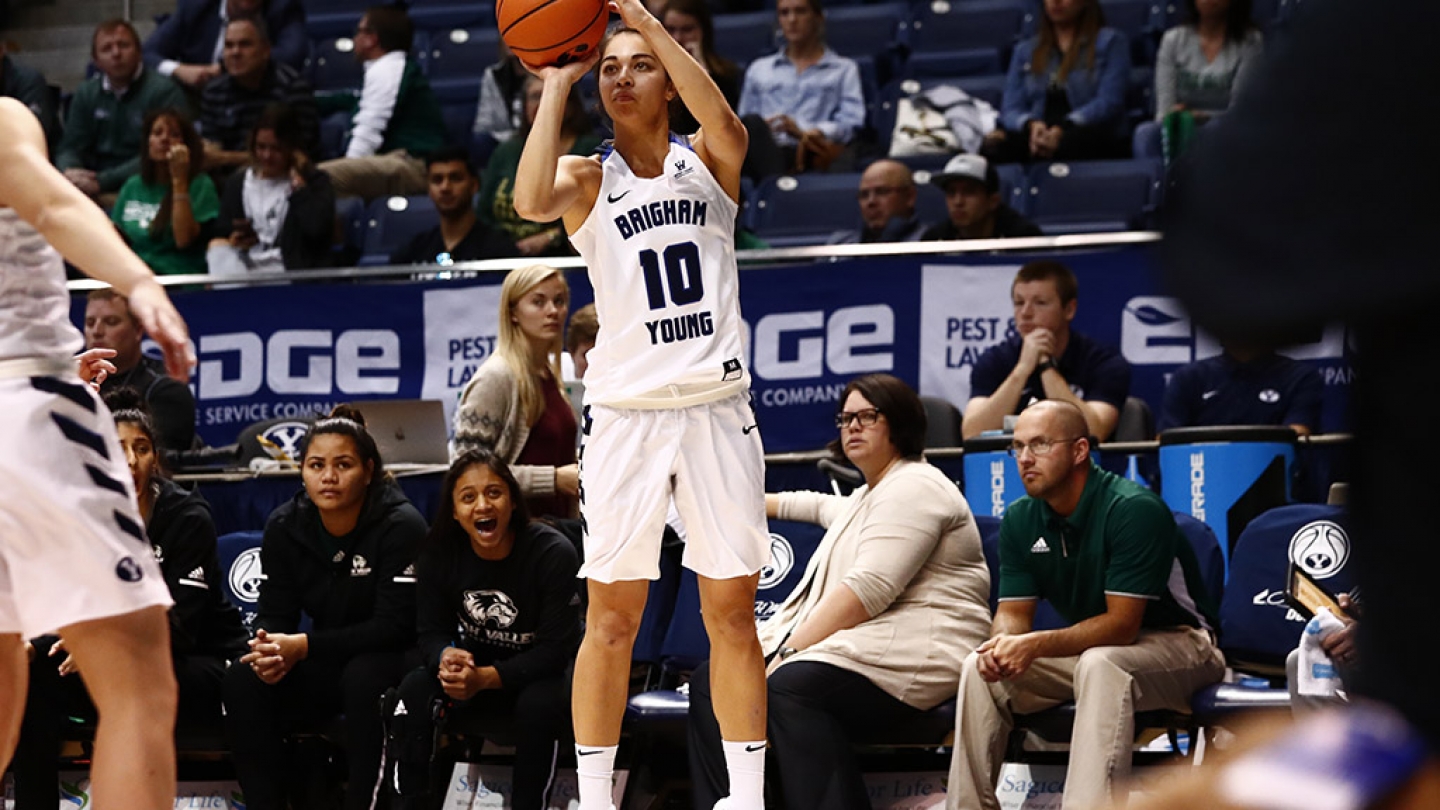 The Cougars hit 13 3-pointers and had 26 assists in their 75-54 win over crosstown rival Utah Valley University Tuesday afternoon.

BYU came out hot from the start, hitting five 3-pointers in the first quarter and moving the ball with ease.

“We did a good job of moving (the ball) and taking the shots when we had them,” said coach Jeff Judkins.

Nawahine seemed to have the green light from her coaches, shooting the ball without hesitation.

Cassie Devashrayee, the team’s leading scorer, took a backseat in scoring and instead dished out a career-high 12 assists, with five in the first quarter alone.

“They made baskets – that’s really a credit to them,” said Devashrayee. “I have great teammates around me that can all make great plays.”

The opposing defense played Devashrayee tightly from the beginning, forcing her to miss several shots and look to her teammates instead.

“People don’t realize how good she is,” Judkins said. “She makes the team better, and not just by scoring.”

Low-post stalwart Shalae Salmon was solid once again for the Cougars, putting up 10 points and eight rebounds, just shy of what would have been her fourth double-double in a row.

BYU’s size in the post played to its advantage; the Cougars had a total of 11 blocks in the game compared to zero for UVU.

The fast-paced, pass-heavy offense the Cougars employed also led to 23 turnovers for the team.

“We need to cut the turnovers in half,” Judkins said. “We need to shoot more, not turn the ball over.”

Shooting was a huge strength for the Cougars, who made 59 percent of their shots in the win.

BYU will hope to carry the offensive success to its next game against Georgia on Saturday, Nov. 25 at 2 p.m. MST. The matchup will be broadcast on BYUtv.